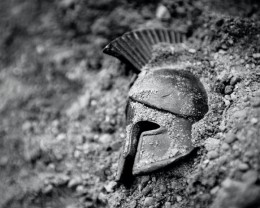 Libertarian freedoms are not incompatible with a strong commitment to in-group white identity politics. On the contrary, Europeans can preserve their attachment to individual liberties only by living inside nations with a strong sense of collective ancestry in opposition to mass immigration.

This is hard to understand because individualism by its nature is a form of separation or differentiation of the self from the surrounding environment, from that which is external, the I from the not-I. It is hard because the individualism of the West is always contrasted to the collectivism of the Rest.

Some say the “idea that the individual is sovereign” is a “miracle”. This is inaccurate wording. Europeans became individuals through a long drawn out effort, not in one fell swoop or in one historical period.  The detachment of the self from the ensemble of the surrounding world, including one’s own body, manifested itself in different degrees by different sides of the human personality in multiple cultural ways. There is a biological starting point, however, a necessary biological precondition, which consists in the fact that a man is not born a man but must become a man. Throughout history, across all cultures, men became men only by proving their masculinity in risky contests with the surrounding environment and with other adversarial men. It is this struggle to become a man in the eyes of other men that brings forth the conscious differentiation of the male ego from the enveloping womblike environment. But this differentiation cannot be seen as the first cultural sign of an emerging human personality; it is only a necessary precondition, a very important one, in making us realize that we must avoid looking at some religious experience, some intellectual or artistic movement, for the first ushering of individualism. We must look instead for what is today seen as the least civilized aspect of human nature: the contesting and violent struggle of men to become men.

This struggle for a  male identity is only a precondition, an always present one, but not a sufficient condition, for the appearance of self-awareness, the emergence of the first inklings of human individuality. The first signs of individualism are to be found in history only with the horse riding Indo-European aristocratic warriors who came storming out of the Pontic Steppes in the fourth millennium BC. Indo-European societies were uniquely ruled by aristocratic men living in a state of permanent mobility and adversity for whom the highest value in life was heroic struggle to the death for pure prestige. It was out of this struggle for renown by aristocratic men seeking recognition from their aristocratic peers that the separation and freedom of humans from the undifferentiated world of nature and the undifferentiated world of collectivist-despotic societies was fostered.

This struggle for recognition against the biological fear of death in the name of glory and honour, which are immaterial goals, deeply interiorized within the ego of the contesting hero, nurtured among men an awareness that each hero is not just a body with appetites and limbs but also a character, an individual with an immaterial psyche that is risked in battle, and with a thymos that is “spirited” and causes intense emotions, and with a noos that represents a separate faculty of thinking. While the distinction between the soul, the intellect, and the bodily organs, are not well crystallized in Homer’s Iliad, individuals with outstanding feats associated with their particular names are beginning to be recognized, and not just in the Iliad, but in all the earliest sagas, myths, and heroic accounts of Indo-Europeans. We find in these heroic tales individuals with private grudges, private frustrations, and private internal spaces, even if we have to wait for Plato to witness a clear distinction between bodily appetites, thymotic emotions, and mental faculties. In Oriental societies only the despotic ruler boasts of his deeds and his power, and even then only as a messenger of mysterious gods ruling over humans, unlike the gods of Indo-Europeans, who are human-like with human attributes and flaws.

The first distinctions between the I and the not-I come through the deeds of prehistoric male aristocrats ceaselessly contesting with each other for recognition. This Faustian Man stands behind the restless and expansionary energies of European conquerors and behind the cognitive maturation of European peoples. It is the active subjective agent behind evolutionary trends toward more rationality and more intelligence, increased differentiation of social functions, against traditional superstition and ignorance, the rise of the modern sciences, the Enlightenment, and the Industrial Revolution. We can see early on in history how the individualism of aristocrats was democratized in the Greek hoplite citizen soldiers who defeated the Persian invaders, the independent farmers who owned their land and “suffers no master, speaks his due, fights his own battles, and leaves an imprint of self-reliance and non-conformity, a legacy of independence that is the backbone of Western society” [1]. This legacy continued through the small holding farmers who made up the Roman legions and fought as citizens, the free peasants of Medieval Europe with their self-governing communes, to the citizens of modern states demanding representation.

This individualism is now faulted for much that is wrong in the West today, including the liberal bourgeois philosophy that came to justify it in the modern era. It is said that liberalism prioritizes the abstract individual, regardless of race, nationality, and sexual orientation. Many on the Alt Right, followers of Alexander Dugin, to be sure, are calling for a Western world that is more in line with the way non-European societies are organized, with their authoritarian governments and strong collectivist values. But this is impossible. Europeans are innately individualist. This does not mean that their liberalism inherently precludes them from recognizing the importance of collective identities, shared values, and ancestries. A few decades ago all the settlers states of Canada, Australia, New Zealand, and America were full blown liberal states with strong collective identities in open exclusion of non-European outsiders. These settler states, as well as the nations of Europe, were all conceived as nations with a strong ethnic identity, an identifiable territory, a language, myths and symbols, and common ethnic lineage.

At the same time, Carl Schmitt’s assessment in the 1930s that liberal states have an inherently weak understanding of their collective political identity cannot be denied. European liberals wrongly imagine that their nation states were created through contractual arrangements by abstract individuals without deadly contests against outsiders and without a strong ethnic identity. Liberal theory has a progressive inclination, Utopian hope, for a world in which all peoples will peacefully come together in pursuit of their natural right to life, liberty, and comfort. It imagines a world in which there will be no in-groups and no out-groups, in which the friend-enemy distinction, which Schmitt viewed as inherent to political relations between nations, will somehow vanish.

But a distinction should be made between the Anglo-American version of Western liberalism, which emphasizes “negative liberty,” and the Germanic model of liberalism, which emphasizes “positive liberty”. The Anglo version is more libertarian in focusing on individual agents and a “minimalist” state that concentrates primarily on the security of individuals and their freedom to engage in contractual arrangements without obstacles or constraints imposed from above by state bureaucrats who think they know what is best for citizens. The Germanic version admires the heroic ethos of aristocratic freedom as well as the role of the state in encouraging the realization of one’s highest potentialities. It accepts the value of negative freedoms —  freedom of thought and assembly, equal treatment under the law — but without neglecting the fact that in the modern era individuals from different ethnic groups were coalesced into distinctive nations with shared collectivist values. The Germanic version recognizes that humans have a need to belong to a group, a Volk, and that the state is the one agent capable of ensuring this need.

This German conception was once very influential in Europe and the United States, but after WWI and WWII this model was thoroughly discredited. Meanwhile, around the same time, the Anglo model came to embrace the notion of positive liberty (that the state should play a role in the nurturing and sustaining the cohesiveness of the citizens making up the nation) from a leftist, Keynesian perspective, while still adhering to the principles of negative liberty. Among those associated with this Germanic conception, I would identify Hegel as the thinker who offered the best argument reconciling the tendency among Europeans for individual liberty with the need humans have for communitarian values. Hegel, it seems to me, was the one thinker who recognized both the value of negative liberties and the need for shared values or for “positive” freedoms.

[1] Victor Davis Hanson, The Other Greeks. The Family Farm and the Agrarian Roots of Western Civilization (1999), pp. 5-6.