The Masculine Preconditions of Individualism, Part 2 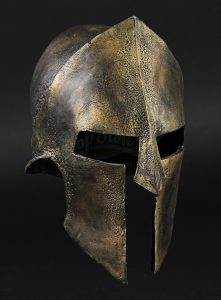 Europeans will never become tribal and collectivist in the manner and degree of non-Europeans. Having an individual identity, an awareness of one’s inner being, that one’s actions can be causally dependent on one’s free will rather than on preceding events, that one can set oneself apart from the conventions of the time, free from the blind determinations of nature, as an individual capable of rational self-mastery, is historically intrinsic to Europeans. It is this self-awareness that has made possible the saying of “I” so common in Western culture. Europeans, and only Europeans, have nurtured an ability to turn inside their own consciousness and be aware that they have an “I” that is at the center of their inner being. When Europeans say “I” they apprehend their unique identity as an “I” that is inside them and that is different and apart from everything that is outside.

Non-Europeans have acquired a certain degree of individualism under the massive influence of the West, but their “I” is less fully developed, and their history is utterly lacking in cultural resources exhibiting a reflective consciousness that can make clear analytical distinctions between the inner and the outer worlds.  This fundamental difference between Europeans and non-Europeans is implicitly obvious in the moral developmental theory of Lawrence Kohlberg. This theory was accused of providing an “ethnocentric” outlook that reflected the experience of Europeans from childhood to adulthood in their moral development, rather than the experience of human beings generally. The formative process in Kohlberg’s three levels of moral development, pre-conventional, conventional, and postconventional, is about the ability of individuals to achieve independent rational judgement from external objects, from one’s self-interest, and from one’s social order and authorities. The conventional stage is about meeting the moral expectations of the individual’s family, in-group, or nation, as morals that are true in their own right, regardless of consequences for outsiders. The moral attitude at this level is one of conformity to the expectations of the in-group, maintaining and justifying its morals. “Good” or “right” moral behavior consists of showing respect for authority, maintaining the given order for its own sake.

Only individuals in the West rose to the post-conventional stage. In this stage moral action is defined according to democratically examined standards. In the words of Jürgen Habermas, “right is defined by the decision of conscience in accord with self-chosen ethical principles appealing to logical comprehensiveness, universality, and consistence” [2]. While Kohlberg was concerned with the development of individuals from childhood to adulthood in the West, Habermas applied this theory to the history of the West, noticing that it was with the Enlightenment, best articulated in Kan’ts writings on morals, that Europeans were able to fully transcend the conventions surrounding them, to which they had hitherto been committed out of duty and obedience to traditions. Relying on the capacity of reason to legislate principles out of itself independently of all external forces, Europeans were able to come up with abstract principles, equality for human rights and respect for all humans as individual persons with dignity and rights. These principles were said to be universally true for humans in general irrespective of nationality, sex, and race. But critics charged that Kohlberg and Habermas were ethnocentric in presuming that Europeans had managed to develop a universal ethics for humanity when in fact non-Europeans had their own moral precepts. These critics were correct that the Kohlberg-Habermas theory applied to European individuals only, but they were wrong in not realizing that this theory did not apply to non-Europeans precisely because non-Europeans were still ethnocentric and traditional in their moral outlook and had never been able to distance themselves rationally from their own surrounding culture.

Only Whites developed a post-conventional moral outlook by employing their reason to come up with principles that could hold for humanity’s interest rather than principles that were limited and tainted by the conventions and interests of one’s ingroup. Only Whites began to propose principles about what is good for humanity and the world, and therefore only Whites transcended the ethnocentrism that is inherent to all conventional moralities. But: Whites were ethnocentric in presuming that non-Whites could transcend their ingroup ethnocentric attachments without realizing that only they had developed a universal morality that was universally true only within their own society, and that was thus not a morality that could be de-contextualized from the Western culture out of which it emerged.

We should avoid thinking that this post-conventional moral agent is somehow an autonomous ego hovering above society, rather than an individual who was socialized to rely on his reflective rational capacities by a uniquely Western order that encourages individuals to think for themselves. In Kohlberg’s studies, not all adults (but a minority) develop a post conventional stand; many retain a “law-and-order” orientation with the attitude that right behaviour consists in showing respect for authority and doing one’s duty. But while these individuals tend to be identified as “traditionalist” or “conservative,” they are loyal and respectful of Western liberal laws and liberal conventions, and should not be confused with conservatives in non-European lands. The Hegelian approach I will defend below recognizes that conventional morality remains a very powerful “positive” morality that is natural to human beings and which should be formally integrated into all liberal states as a healthy in-group attitude against a post-conventional morality that has been corrupted and globalized by cosmopolitan elites. This does not mean negating post-conventional morality as it was understood by Kant and Enlightenment thinkers, peaceful co-existence of nations with their own unique ethnic identities and heritage. This post-conventional morality has to be situated within nation-state members of Western civilization from a Hegelian perspective.

The Exceptional “I” of Europeans

This capacity to free oneself from the conventions of one’s society is merely one of the ways individualism has affected every aspect of Western culture. In Homeric man there is a latent awareness, but still nebulous articulation, of the human personality as an “I” that is not the plaything of irrational or mysterious forces but is capable of some deliberation among alternative choices. Decisions are indeed shaped by the gods but the Olympian gods “carry the graceful stamp of an aristocratic society […] when a god associates with a man, he elevates him, and makes him free, strong courageous, certain of himself […] far removed from the mysteries of chthonic darkness and ecstasy” [3].  In the next archaic period of Greek history, between 650 and 500 BC, we see characters becoming more conscious of their personality, with the rise of the lyric poets, Sappho and Archilochus, in their regular use of phrases expressing “a more precise appreciation of the self,” the “inwardly felt emotions” of the poet.[4] With the tragedians of the next generation, Aeschylus and Sophocles, we witnessed for the first time in history the interpretation of human action in the light of individual choice: “what am I to do?” This process of detachment from the ensemble of external forces and determinations is taken one step further by the characters in Euripides, who ask whether their actions were just in a more realistic setting than the solemn ostentation found in Aeschylus.

A history of individualism in all its expressions in literature, both in depth and complexity of characters, as well as in the persistent emergence of new styles of writing, has yet to be written. The same is true for painting, philosophy, law, political theory, historical writing, and scientific knowledge. No one in our universities wants to talk about the immense originality of Europeans because it is an embarrassment to the incredible poverty of multiculturalism. A history of sculpture alone would have to acknowledge the amazing breakthrough of the Greeks in detaching themselves from the unchanging styles of the Orient and making the discovery of foreshortening, in building “in marble and with a splendour and nobility never known before,” and in learning to seize, towards the end of the fourth century, “the individual character of a physiognomy” [5], a style that would be advanced by the Roman realistic portraiture of private individuals “in which every line, crease, wrinkle, and even blemish was ruthlessly recorded” [6].

The flaw in the existing interpretations of Western individualism is that they simplify the historical origins and meaning of this word by restricting its appearances to one field of existence or one period of history. Ever since Jacob Burckhardt in The Civilization of the Renaissance in Italy  was published in 1860, numerous interpreters have come forward announcing the one factor, the one epoch, responsible for the rise of individualism. Burckhardt, a Swiss historian admired by Nietzsche, saw in the Italians of the Renaissance a people “who have emerged from the half-conscious life of the race and become themselves individuals.” He saw in this individualism both the self-assertion of powerful public personalities freed from external frameworks of traditional authority as well as a individuals preferring self-expression as a private citizens. While this definition is quite broad it does not embrace “the utmost heterogeneity of meanings” Max Weber detected in the term individualism. A main reason for this complex variety of (sometimes conflicting) meanings is that Western individualism is hardly a modern phenomenon.

One challenge to Burckhardt’s thesis was Colin Morris’s The Discovery of the Individual, 1050-1200 (1972), which argued that “the Western view of the value of the individual owes a great deal to Christianity.”

A sense of individual identity and value is implicit in belief in a God who has called each man by name, who has sought him out as a shepherd seeks his lost sheep. Self-awareness and a serious concern with inner character is encouraged by the conviction that the believer must lay himself open to God, and be remade by the Holy Spirit. From the beginning, Christianity showed itself to be an ‘interior” religion (10-11).
This Christian emphasis, Morris believed, came into full fruition in the high Middle Ages with the resurgence of city life, cathedrals, and universities. But in the estimation of Aaron Gurevich’s The Origins of European Individualism (1995), a latent conception of the human personality can already be seen in the representation of the hero in the pagan Germanic, Scandinavian, Icelandic, and Irish epics and mythical stories of the early Middle Ages. In such sagas as The Lesson of the High One, Edda, Beowulf, The Wasting Sickness of Cú Chulainn, the very idea of the hero bespeaks of accomplishments performed by a particular name, which the myths seek to immortalize. The most important thing in the life of a hero in these stories are his acts as an individual and whether they bring him glory and reputation. These were indeed the tales of an aristocratic culture, of the meetings, games, and feasting of kings, chieftains, clients, and warriors. These chieftains, together with their poets, singers, musicians, and the free men who farmed and herded, were obviously strongly in-group oriented by our standards. But Gurevich, who draws on prior interpretations, is correct in observing that “the individual in the society of pagan Europe was very definitely not swallowed up within the group — there was a fairly wide scope for self-discovery and self-assertion” [7].
Notes

« Suicide of the Right