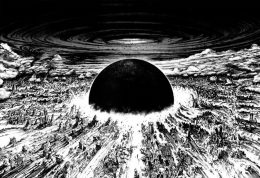 There’s been a lot of discussion about whether or not we’re all too “black-pilled” in the days since criticism first broke of the Tommy Robinson fiasco. The implication of this line of criticism is that the New Right is failing (or going to fail) because:

1. we attack “our own” with the energy that we ought to be directing at our common enemies, and
2. the “black-pilled” critics are low-energy naysayers who simply attack anyone who is doing anything at all while they sit politely behind their keyboards doing nothing.

I understand this perspective, because I’ve felt it. In fact, it was my own initial reaction just a few days ago when I first encountered criticism of Tommy after watching the original video of his arrest myself (as I document here [2]).

Let’s put aside the insular, in-group vocabulary about black pills, white pills, red pills, and all the rest of the memes for just a second, and let’s talk about being realistic.

A realistic assessment of our situation is that we simply do not have a ready collective of prepared people who are ready for prime time. We don’t have a network of disciplined organizations full of large numbers of people who are ready and able to effectively present our message to the American public, or take effective, focused action.

Are we working on it? Absolutely. Are we making great strides? Most definitely. Do we have promising candidates? For sure. American Renaissance is an utterly invaluable resource. Identity Evropa is rapidly recovering from the embarrassing mistake of Eli Mosley and developing an effective style of media activism that doesn’t mire us in lawsuits or allow the media to place pinpoint focus on our mistakes.

But it is also definitely true that we just aren’t there yet. We’re building it. And do you know what it looks like to build effective organization? It means sorting the wheat from the chaff so we can create something that is all wheat and no chaff—and that means criticizing the chaff so that it can get out of the way and make room for the wheat.

Notwithstanding the fact that what we stand for are principles that vast numbers of people do (and should) consider common sense, we are a fringe political movement. And fringe political movements attract weirdos no matter what their political position. Online movements attract people who have extra time on their hands and choose to spend it reading on the Internet. To make it into our niche in particular, we had to be curious and intelligent enough to read and comprehend essays on things like human biodiversity—but not so curious and intelligent that we’d already made a career in academia, where acknowledging these findings would risk ruining everything we’d built. The situation we are in is intrinsically, inherently paradoxical. To succeed by “democratic” means, we need to reach ordinary people; but we are, by definition, weirdos.

This isn’t “black pilled.” It’s realistic. And if we can’t take a realistic look at the hand we’ve been dealt, we’ll never do what needs to be done to win with it.

Furthermore, “public leadership” is a position which is doubly attractive to the worst of peoples’ personality traits. People with families and children whose well-being they care about are inherently less likely to do it, but the more narcissistic a person is, the more likely they will.

The last time I allowed the social pressure against “punching Right” to deter me from speaking my mind was in relation to Matthew Heimbach. Then TrailerGate [3] happened, and I am now ready to defy anyone who claims that keeping our mouths shut and allowing weaknesses in our movement to fester is for anyone’s good. From now on, I’m going with my own instincts.

And the bottom line is: we all deserve better than “better than nothing.”

For a movement whose ideals are built on hierarchy and the elevation of “greatness” as a moral value of central importance [4], this reluctance to make high demands of those we call “leaders” is especially ironic.

And for a movement so focused on mocking the modern world’s obsession with “inclusivity” and how this causes everything from the military to firefighting departments and educational faculties to constantly lower their standards regarding actual performance and success, we sure do seem to be demanding a heavy share of standard-lowering “inclusivity” of our own.

If anything, what we really need is to be a whole hell of a lot more exclusive. I owe the inspiration for this point to the Zman [5]: How many people are actually able to make it into biker gangs with demanding membership requirements? Very few. But how many want to mimic their fashion? Millions.

We desperately need to incorporate an understanding of how this dynamic really works into how we operate. It absolutely is possible to have a greater effect on society at large with fewer people, if those people are organized properly.

Every once in awhile, I switch on the far-Leftist, Peruvian-American rapper Immortal Technique and listen to a few random tracks. I do this to reset my baseline for what it ought to be acceptable for me to say out loud. I do this to remind myself how the Left celebrates an angry black man for expressing himself, even when the thing he has to express sounds something like, “I’ll cut your face off, and wear it while I’m fucking your mother.”

I do this to inoculate myself against experiencing any drop of guilt for even a moment if the far-Left hypocrites who invited this man to be their campaign running mate [6] ever think of trying to shame me for my own speech. I do it to remind myself that despite all the things that I’ve said, I’d still be hard-pressed to say anything half as racist and offensive as a man whose success these people celebrate.

And then I resolve to be twice as racist and offensive in defense of my own side—as well as twice as successful.

A few weeks ago, these lines from the song “The Martyr” stood out to me for expressing something that I think captures a universal truth that applies to us as well:

Pawns only move a square in the game that they’re used in
And realize it too late, like the shooting of Huey Newton
Or Patrice Lumumba and Salvador Allende
Slaughtered by the power-hungry branches of their own gente
Gandhi wasn’t killed by Pakistani nationals
He was assassinated by a Hindu radical
And Che Guevara, rebel to a US continent
Was sold to the CIA by Bolivian Communists
Wasn’t Yitzhak Rabin murdered by a Zionist?
And Anwar Sadat a victim of the same violence?
Malcolm X was seen as a threat to the FBI
But to blast ‘em they used Muslims from the NOI
Even the thirty-fifth President of the Republic
Was murdered by factions of his own government

As a general rule, movements really don’t collapse because of challenges from the outside—they collapse from the inside out.

And white people really are their own worst enemy.

That goes for all of it. Whatever complaints we may make about black violence, or Muslim rape gangs, or whatever else, the deeper root of the problem has always been us. White policemen participated in the cover-up of Rotherham. [7] We brought blacks to this continent as slaves, and then we freed them. We took positions on issues like these simply because we wanted to signal our superior virtue against other white people instead of thinking seriously about what was good for us. We wanted cheap labor, and cared more about producing cheaper goods than the long-term preservation of healthy, socially cohesive ways of life. We had so little concern for the well-being of our own that we allowed our homeless to rot in the streets while we gave the bounties of our societies away to strangers who feel no loyalty to us whatsoever as a result of it.

I respect what Jason Kessler tried to do with “Unite the Right,” and I wish him well in his efforts to return with the utmost sincerity. But it seems rather obvious to me that the idea of literally “uniting the Right” is both counter-productive and impossible. First of all, witness the way that key headliner Richard Spencer disavowed Kessler himself the moment the “Unite the Right” event didn’t go how he hoped it would—and the loyalty he had afterwards for all the peons who put themselves in harm’s way and ended up in jail because they followed Spencer there. If we can’t even count on the very people at the center of an event called “Unite the Right” to actually do it, how the hell do we think we’re going to bring everyone else on board into following that rule?

But second of all, how united does the Left look to you? Black groups viciously criticize feminists for not being pro-black enough. Feminist groups attack male homosexuals for their misogyny. They’ve already been “eating themselves,” as we put it, for years, and guess what? They’re still winning. As an apostate from the Left myself, I’ve never seen as much infighting on the Right as I did in my time on the Left. So whatever the explanation for the Left’s cultural success may be, it sure as hell isn’t their “unity.”

Just as mosquitos can only thrive and settle in swamps, the problems we collectively face now can only fester in the swamps of our own sins. Swatting mosquitos one-by-one will never get us out of this mess as long as the swamp is still there breeding more of them. We have to drain the swamp itself. And that means demanding more of each other and more of ourselves.

Ironically, my critics actually demonstrate that they agree with me no matter how hard they may try to pose arguments otherwise. Consider this: the implication of their very own argument about how destructive “black pilling” is, is that they think the biggest obstacle in our way is white people like me! Hello: I’m still white people. I’m still us. Even if they try to oppose me in the details of my argument, they still thereby endorse and prove correct my broader premise that we are in fact our own worst enemy.

We just disagree over whether the details that fill out that picture are narcissistic, short-sighted public leaders, or those of us who are willing to stand up and expose those “leaders” for what they are.

Well, I know where I stand.