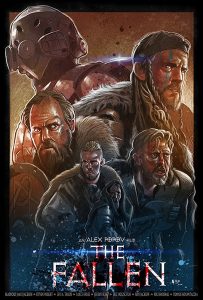 I have heard it often said that no art is being produced on the Right anymore, that everything we see and hear and experience is deconstructive of traditional Western values, particularly in film. This, however, shows the laziness of many of the talking heads on the Right, who are only too ready to churn out bad news porn and not willing enough to do a modicum of research or promote those creating content. I have showcased many of our talents in Mjolnir Magazine [2] and I hope to publish a fifth issue soon. But surely, you cry, there are no filmmakers producing films congruent with our values! And you would be wrong. Let me introduce you to the team of Alex Popov and Bradford James Jackson . . .

Director and special effects wizard Alex Popov hails from Vladivostok, Russia. Moving to Anchorage, Alaska, he met local film director and screenwriter Bradford James Jackson. The two now live in Los Angeles. So far, they have created several trailers for larger features and been involved in small projects by other filmmakers. Popov was also visual effects supervisor for the mainstream feature-length horror thriller The Hatred and the upcoming action sci-fi The Tower. Yet it is the two film shorts they themselves realized that we are interested in: The Fallen and Come Back Home, the latter having been accepted into the 2014 Cannes Film Festival. Now before you read the little review of the films below, I suggest you watch the films themselves first (see below), for there will be spoilers from here on in.

The first film features that old favorite of themes on the Right: Vikings, who are admired for their virility, strength, courage, and warrior spirit. This is seen here from the beginning in the battle caused by a dynastic struggle. One notes that the warriors are all male, which is true to life, reality though not standing in the way of the feminist lobby forcing filmmakers to include Mary Sue warrior women like Rey in the Star Wars franchise, where masculinity is deconstructed by having an all-powerful female character beat males in combat. It is also a dangerous game of hyperreality in these multicultural times, where women have a false sense of empowerment and have no sense of the physical dangers the feminist lobby has put them in from the male Other who does not play by the new societal rules, that are based upon fictions.

Neither does The Fallen seek to deconstruct other norms like the Vikings’ Pagan religiosity. In the twist in the film, their initial conjecture that a spacecraft may be a Valkyr, or perhaps one of the Gods, swiftly turns into the realization that they have a new enemy that is completely Other. Yet their religiosity is never brought into question by this, and why should it be? The Vikings were intelligent enough to lead the world in shipbuilding and would have simply adapted to the new secular situation. Questioning their religion would have to be a forced narrative, thrust in by Jollywood executives with ideological agendas.

The film is roughly divided into three sections: the battle for supremacy between Viking lords; the cultural and religious aspect that arises and is reaffirmed by the King’s probably fatal wounding; and the fight against the alien invader. The dialogue that reifies Rightist ideals in the face of a harsh environment is thus cleverly sandwiched between period action. While the morality of a brother-war in the first action scene is never questioned, as struggle for dominance is seen as part of the Natural Order, the Vikings’ battle against the alien invader in the third part of the film is glorified. The Vikings’ strength is in unity in the face of a technologically superior foe, including self-sacrifice for the greater good.

The thematics behind the invading alien creature are interesting, given the current immigrant invasion of Scandinavia and the violence perpetrated against the native people, and I believe the filmmakers are conscious of this throughout. There are many levels of dichotomy to the battle: the individual versus the collective; the technologically advanced versus the primitive; the Same versus the Other. The film takes the side of the Same and collectivism; yet it is collectivism in a Rightist way, hierarchically structured. One might see this as a battle against the fake Right of Ayn Rand, who was, in any case, ethnically Other. The technological aspect is a reminder of the power inherent in advancement; yet it is not critiqued in the Christian and post-Christian way that leads people to bandy around the adjective “Faustian,” as though knowledge is inherently evil. We are reminded that we possess such technological weaponry as might save us from primitive invaders, provided we see ourselves once more as a group. The title also works on many levels: the first reference is to the King fallen in battle; the second to the invader who falls to Earth; but the third reminds us of how far we ourselves have fallen from Viking vigor and courage. 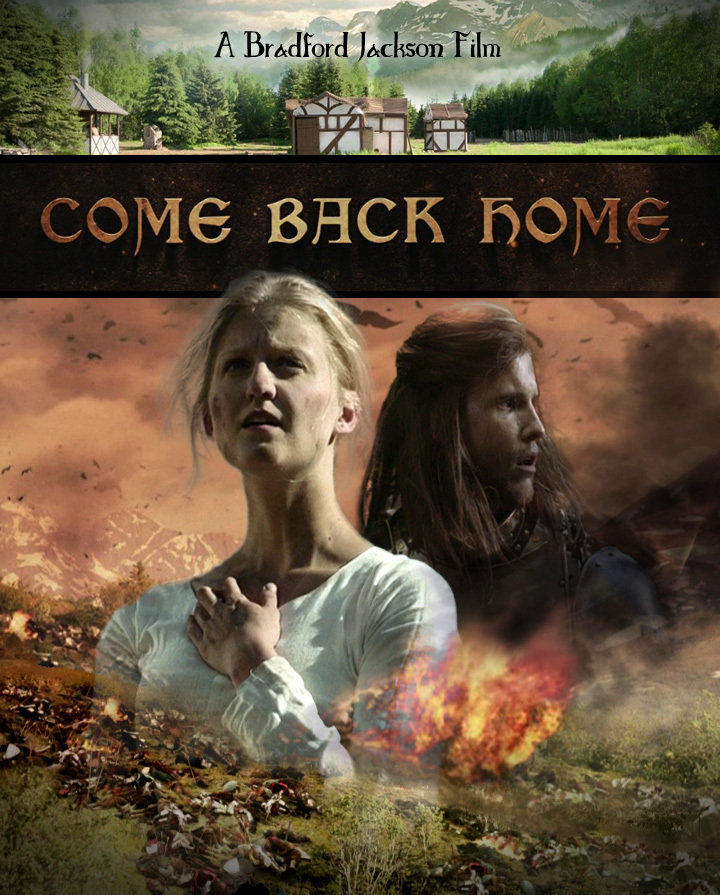 The second film is more simplistic in its denouement, and perhaps the happy ending might be considered somewhat facile and clichéd. But there again, perhaps in these unhappy times, we could use the shot in the arm of a bit of old-fashioned sentimentalism, where everything works out in the end. The clever part of the film is the juxtaposition between traditional male and female roles in which the two forms of masculine and feminine strength are displayed and seen as equally necessary and worthy. If there is a complaint with the film, I think it is that Jackson as scenarist is not attentive enough to the female role, especially within the village as part of a wider community during the husband’s absence. Some of the acting here is also at times not quite up to par and I would have given the attempted Scottish accents a miss. Authenticity is only achieved when something is imitated well. These are, however, minor quibbles and the cinematography in both films is particularly commendable.

I therefore recommend these films highly and I hope that people share this article and inform others about this duo’s work. I suggest that people support them in comments sections and get behind their projects (perhaps even offering help in one way or another) for as long as they continue to do good work for our cause.

This article originally appeared at the Mjolnir Magazine [2] Website on November 1, 2017 [4].