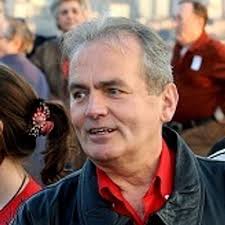 This video is an interview with Gyula Thürmer, the leader of the Magyar Munkáspárt [1] (Hungarian Workers’ Party), Hungary’s illiberal Communist party, which rejects mass immigration and globalization. Mr. Thürmer discusses his party and its differences from Europe’s other socialist parties, as well as his views of Hungary and European politics more generally. His party will be competing in the national elections on Sunday. This interview was conducted in English by the Visegrád Post [2], which offers news about Central Europe from a Rightist perspective.