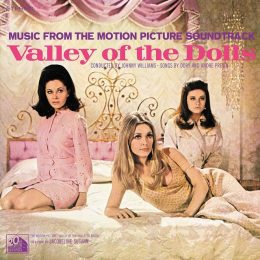 “Welcome to the Jungle. Watch it bring you to your knees.”

It is fashionable to the point of cliché to liken someone’s downfall to Greek tragedy. But in the case of Baked Alaska and his Los Angeles adventures, it would not be appropriate to compare him to the classics. For Baked Alaska’s soon-to-be-legendary demise follows a different, more modern, but distinctly American mythos of “going Hollywood.”

Stories of young men and women leaving their humdrum life in Nowheresville USA to seek out fame and fortune under the bright lights of the Big City are America’s one great contribution to the Fairy Tale genre. After all, the Big City is where “any shopgirl can be a top girl.” The place “where any office boy or mechanic can be a panic with just a goodlooking tan.” Or so the mythos goes.

People also move to New York City to make it big, but tales about moving to New York are usually backstage musicals centered around Broadway and tend to be optimistic. More importantly, a common theme in backstage musicals is the warm camaraderie among the cast and crew members, who come together to make sure the big show goes off without a hitch (“Or else we’re all gonna be out on the streets!”).

However, stories about people moving to Los Angeles to make it big tend to be darker, involve a lot of tragedy or (at best) misadventure, and emphasize the isolation people feel upon arriving in a cold, remorseless bizarro world devoid of recognizable humanity. Hollywood is a fool’s destination, and if you do manage to make it there, it’s blind luck.

The most iconic “moving to Los Angeles” story is the 1937 film A Star is Born. Here, movie fanatic Janet Gaynor leaves her sleepy village for Hollywood and, after a spell of poverty, finds success and even marries her favorite actor. Alas, hubby Frederic March is not so lucky. Just as Gaynor’s career takes off, March’s begins a steady decline. With his career in collapse, March drowns himself in booze before finally drowning himself period. (Walking into the sea is arguably the most melodramatic way possible to kill oneself.) While March’s death is a suicide, you the viewer are meant to view him as a victim of murder, with Hollywood itself and its unholy soul-crushing essence as killer.

A Star Is Born was actually a complete rip-off of an earlier 1932 film called What Price Hollywood? It was then remade twice (once with Judy Garland and once with Barbra Streisand), and a fifth version of the story starring Lady Gaga is set to be released later this year. It says something that 80 years on, tales of small towners seeking fame in the Big City still resonate with people.

There is an important distinction here. Degeneracy can be found in every large city, but Los Angeles is particularly famous for its singularly corrupting influence on those who move to it from outside. Some people go to Hollywood and experience that sunny den of debauchery as strangers in a strange land. But others move to Hollywood, and once there, absorb and internalize its corrupt value system, its hedonistic lifestyle, its obsession with materialism and pointless status symbols. They cease to be individuals and become an extensions of Hollywood itself. They don’t just go to Hollywood. They go Hollywood.

The definitive example in fiction of “going Hollywood” is the character Neely O’Hara from the 1960s runaway best-seller Valley of the Dolls. When we first meet Neely, she is sweet and charming, an unknown singing prodigy just looking for her lucky break. After some good fortune, Neely ends up on Broadway, blows the critics and audiences away, and lands a movie contract.

The next time we see Neely, she’s been a star in Los Angeles for several years and has completely “gone Hollywood.” She takes uppers to get through work, downers to get to sleep, and booze just for the hell of it. She’s in a loveless marriage with the homosexual wardrobe designer that she left her first husband for. She’s vain, arrogant, and demanding. Singing is no longer her love and passion but just a tool Neely uses to accumulate ever greater power and wealth. And she’s sleeping with her best friend’s husband.

When you look at the Baked Alaska affair, Occam’s razor leads you to the conclusion that this is just a classic case of someone “going Hollywood.”

You’ve got Baked “Took a Can of Mace to the Face to Save the White Race” Alaska, hero of Charlottesville and the man who brought us the “Anglin versus Sargon” debate. He was never the most hardcore guy in the world, but he still had plenty of street cred and seemed to be drifting in more of a White Nationalist direction. Along with Warski Live and Morning Kumite, Baked Alaska’s YouTube channel was one of the three horsemen of Internet Bloodsports.

But then Baked Alaska decided to pack up his bags, leave ho-hum life in Alaska, and move to Los Angeles.

Next thing you know, Baked Alaska is palling around and doing live video streams with some coked-out blond bimbo from the Valley, he’s appointed some other girl he’s trying to bang as his manager (what is this, Spinal Tap?), there’s also a beefcake “comedian” with a history of meth use, and some based non-whites thrown in for style points. All the while, Baked Alaska has suddenly started talking like he’s been taking fistfuls of MDMA and is using words like “toxicity” while he bans longtime fans from his channel’s chat for banter he had no problem with a few short weeks ago. Oh, he also says that he is no longer interested in doing Internet Bloodsports anymore and wants to “get into more irl stuff.” Two words: Gone Hollywood. 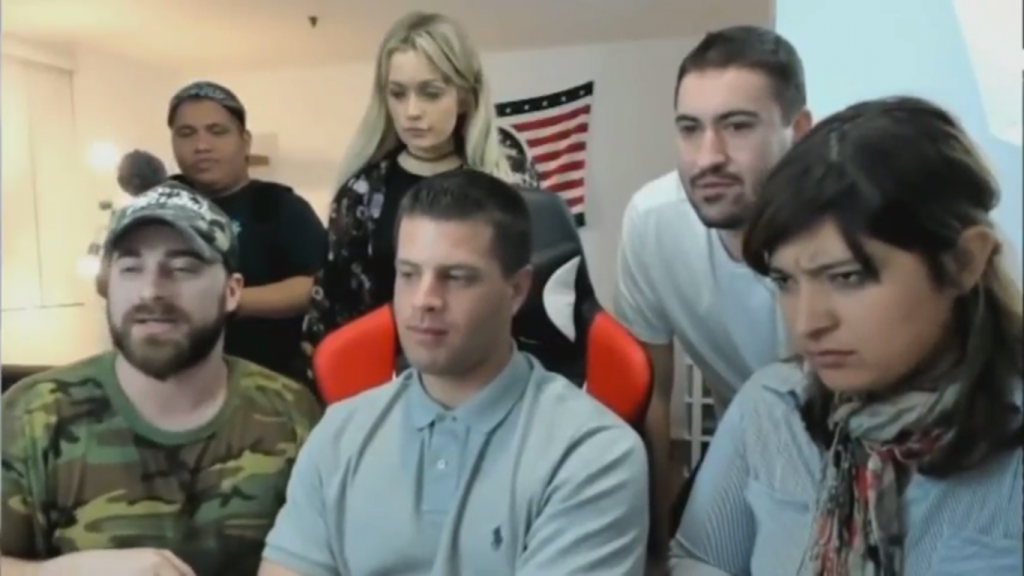 The bimbo in question is one Erin SomethingOrOther. I don’t know her real last name, but I doubt that Baked Alaska does either. Hell, Erin is so dumb and on so much cocaine, she probably doesn’t even know her own name half the time. But who needs a name? You meet so many girls like Erin in this world that they all tend to blend together anyway. But that hasn’t stopped some people from ironically (I hope) dubbing her “Sweet Erin.”

It was when Baked Alaska started banning his fans for toxic speech on his channel’s chat that people started accusing him of selling out and strongly implied Erin was Yoko Ono-ing him. Baked Alaska was either cucking at Erin’s request or trying to impress this bluepilled bubble-headed interloper, charges both Sweet Erin and Baked Alaska strenuously denied.

Mister Metokur was the first to call out Baked Alaska for turning on his fan on BA’s own live stream. This led to Baked Alaska and Erin appearing on Warski Live the next evening to clarify his position and new direction. After more than three hours of bickering and fighting, the matter seemed to be resolved with Baked Alaska agreeing that he had made some mistakes and intending to correct course.

But then something extraordinary happened.

To recap, Bakie Goes To Hollywood had just alienated his fanbase in order to impress this blonde bimbo who was now telling him and the world that she was no longer interested in him. She cucked him while thousands watched worldwide.

The blow to his ego must have been too much for him to handle, because something seems to have died inside Baked Alaska at that moment. The carefree and easygoing BA persona that we’ve come to know completely vanished.

The next day, Baked Alaska appeared on the Morning Kumite stream high on what I imagine were some amazing drugs, ready to burn the whole world to the ground. He began lashing out at anyone and everyone: Andy Warski, the Kumite hosts, and anyone else who had been critical of his recent behavior or the new artistic direction he is taking his channel.

It would take an article many times the length of this one to explain all the things that have happened since that stream, but needless to say, it involves a lot of doxing, counter-doxing, threats to dox, conspiracies to dox, and a soundtrack by Dokken. Andy Warski explains it all here. (This is not even to mention the pedophile computer hacker mixed up in all this. I believe the technical term for a situation like this is “fucked.”)

Baked Alaska was almost certainly using a lot of hardcore drugs throughout all this (and probably still is). There are certain things that one must be either a sociopath, a Jew, or on a shoebox full of cocaine to think is a good idea. I’d hate to be Baked Alaska when he sobers up and realizes what he has done. If I were him, I’d try to stay high forever.

Sure, we can talk about Baked Alaska’s “character,” the immorality of doxing, or the importance of spotting potentially dangerous personalities before they go nuclear. But really, that would just be over-thinking things. The lesson here is much simpler than that. Baked Alaska is just another idiot in a long line of idiots who moved to Los Angeles to become a star and has now “gone Hollywood.” People have been “going Hollywood” for 100 years now. This is nothing new.

If anything, I’d say the Baked Alaska debacle bears a strong resembles to the sad story of Peg Entwistle.

Peg Entwistle was a moderately successful Broadway star who moved to Hollywood in 1932 to make it in pictures. A few months later, having failed to set Tinseltown afire, Peg committed suicide by jumping off the H of the Hollywoodland sign. 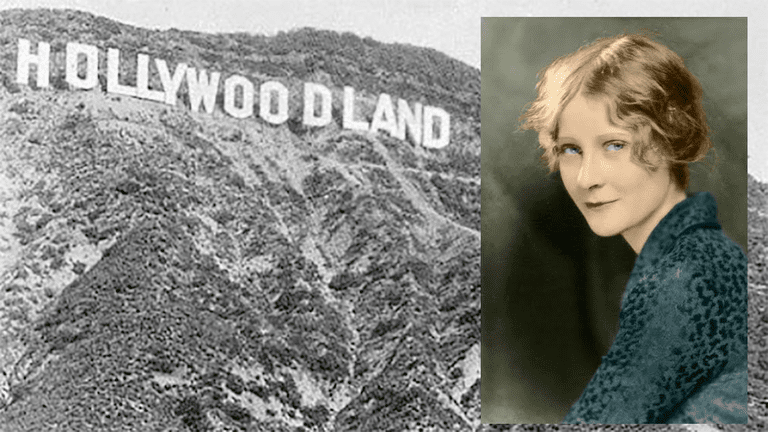 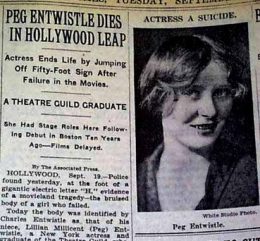 Eighty-six years later, Baked Alaska, newly arrived in Hollywood, appears to committing a spectacular suicide of his own by throwing his career off a cliff. And I imagine that, like Ms. Entwistle, his suicide will be what he is best remembered for, far more than anything he did in front of a camera.

But for an attention whore like Baked Alaska, that should do just fine.

» Toward the New Mainstream