The Struggle for Life in the Prose Edda 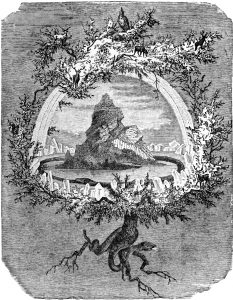 Does the final line not ring true, regardless of one’s particular spiritual tradition? Are Europeans not living like sleepwalking half-men today, because they have forgotten the force, the natural laws, which made them? The Eddur exhort doomed men to undertake the struggle for life and gloriously join the gods in waging war against the snake Nidhogg and Loki’s spawn. These words have continued to inspire Europeans down the ages. William Pierce would repeat these famous lines from the Hávamál as a credo: