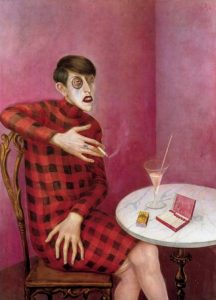 Last year, the Northwest Forum’s June and August meetings had three infiltrators. One was Patrik Hermannson of Hope Not Hate. The second was the girlfriend of a member of the local Cascadia group. The third was David Lewis, a Seattle journalist.

Obviously, we needed to rethink our vetting procedures.

Hermansson got in because he was vouched for by the organizers of The London Forum. The London Forum generally has very good security, so I thought it reasonable to trust them. This was obviously a mistake. Simply being vouched for is not enough. We need to take an independent look into everyone who is sent our way. In Hermansson’s case, simply asking him to show me picture ID before we sat down to an interview would have been enough to expose him as a fraud.

But here’s the rub: virtually everyone at the June 2017 Northwest Forum would have refused to give his picture ID, even the ones who later whined most loudly about the security breach. Indeed, most of the people in the Cascadia group knew each other only by online aliases. I even wonder if the fellow whose girlfriend later declared herself an infiltrator knew her real name. Obviously, in such a culture, “extreme vetting” is just a meme, and I was foolish to think that anyone vouching for any individual was meaningful.

As for the Lewis breach: that was entirely my fault, for which I am sorry. Again, though, his cover would have evaporated if I simply asked to see his picture ID. Fortunately, the Hermansson story had already weeded out the people who were most skittish about doxing. Beyond that, Lewis was simply a journalist looking for the opportunity to sell some snark, not an antifa agent, and as far as I can tell, the only people harmed by his story were the perfectly nice people who rented the venue to us. They got some bad publicity and were shaken down by local Leftists, who offered to take the blood money we had paid them, to cleanse them of guilt by association. Such is the price of doing business in the liberal utopia of Seattle.

At that point, I decided to quit doing The Northwest Forum. But others in the Northwest wanted to continue it.

Two Proposals for Dealing with Inflitrators

Two proposals to deal with the infiltrator problem were discussed but ultimately rejected for reasons outlined below.

The first suggestion was simply to make The Northwest Forum a public event, open to all who buy tickets. This would make a virtue of necessity. It would make publicity work for us rather than against us.  It would attract new people who are not afraid of attending public events, and it would keep skittish people away. (No vetting procedure can be 100% foolproof, and public meetings strip away any false sense of security.)

The second suggestion was to allow journalists to cover the event as long as they would abide by the same rules set down at the American Renaissance conference, namely that they would be clearly identified as members of the press (with the equivalent of a yellow star) and would not disclose the names or faces of attendees without their permission. The benefit of this is that our message would not be confined to just the people present. The media would carry at least some of it to the larger public.

Both of these suggestions would deal with one of the main problems of private meetings: namely, the fact that they can be framed as “secret” and thus invite “undercover” journalists and antifa. Leftists wish to frame our activities as secret because they wish to make them seem sinister, even criminal, with the eventual goal of using the state to ban our ideas and their dissemination.

For instance, Patrick Hermanson’s entire “scoop” from The London Forum and the Jonathan Bowden Dinner consisted of framing information that he could have gotten without false pretenses as the result of an undercover investigation at sinister secret conclaves. But I said nothing to Hermansson’s hidden microphone that I had not said in public many times before, and my picture had already been released online by movement scum.

Furthermore, to underscore how completely unnecessary Hermansson’s deception was, a legitimate journalist was present at the same London Forum meeting and Jonathan Bowden Dinner. She was identified as a member of the press and agreed to respect people’s privacy, and she heard basically the same things that Hermansson did, without the necessity of deception.

This, frankly, is the only benefit to having mainstream media around, since we have our own media to get our messages out. We can, for example, post videos and audios of Northwest Forum speeches online, for the whole world’s edification.

Why We Will Not Invite the Press

It is a rather small benefit, though, given the problems that arise from allowing journalists free access to our meetings. The most egregious example is Hailgate. More recent examples are Vegas Tenold’s book Everything You Love Will Burn, reviewed here; the New York Times’ embarrassing exposure of Eli Mosley as a fraud; and this utterly cringeworthy montage of Richard Spencer, created by a journalist he allowed to follow him around as he got increasingly plastered:

As a general rule, I see no value in speaking with the mainstream media at all. We have our own media.

But not all forms of mainstream media engagement are equally bad. The worst thing to do is allow reporters free access to our meetings, to spy on people and to collect footage that they can artfully edit to cast us in the worst possible light.

If you must have press coverage of an event, do a separate press conference, in which the press are corralled together away from your audience, and everything is being recorded and filmed by multiple parties, which creates a disincentive for dishonest editing.

As a general rule, never talk to the press unless you are also recording your remarks, and make sure that the journalists know you are doing this. Otherwise, you are inviting them to edit your words, and they will obviously do so to make you look bad.

Doing live radio or television also eliminates the possibility of deceptive editing, at least in the initial broadcast.

I simply ignore 19 out of 20 mainstream media inquiries. I will give written or audio interviews to academic researchers and journalists who strike me as serious intellectuals. The main reason I do this is not to “get the message out,” because I don’t really need these people to do that. Again, we have our own media. I always keep copies of interviews and have released many of them at Counter-Currents. The primary reason I give such interviews is because I find them intellectually stimulating, thus they contribute more to my projects than they could ever contribute to our opponents.

Why We Will Keep Our Meetings Private

Of course, if we want to keep the press out, we cannot open events to the general public.

The main reason, though, to keep our events private is to protect our audience and venues from criminal violence by Leftists. This is a far greater threat than allowing undercover journalists and antifa to frame our events as “secret.” The best way to disrupt that frame is simply to make recordings of our events public.

Beyond that, the purpose of events like the Northwest Forum is not merely to disseminate ideas. After all, we could do that online without leaving the privacy of our own homes. The main purpose of the forums is to promote face-to-face community and networking. Having speakers is simply an additional incentive to get people to come to events. Such networking and community building cannot take place at public events, where members of the press and complete strangers are free to roam about.

Public events are a way of combating a false sense of security about doxing. But the best way to do that is to give people a real sense of security by establishing better vetting. Thus, going forward, Northwest Forum events will be for a closed circle of highly vetted people. No more aliases. No more loose vetting and vouching. The people who are continuing the Forum all know one another’s real names and addresses. If you want to join that circle, you will have to:

Should we have had these sorts of procedures in place from the beginning? No, for the simple reason that the forums never would have gotten off the ground. Still, we managed to have three very successful meetings even with loose vetting, and those meetings formed the basis for ongoing real-world relationships, which created a desire to continue the forums and a willingness to adopt stricter vetting going forward.

The Northwest Forum will continue as a private event. We will not seek publicity. Who attends and what is said will be off the record, although we will continue to record some of the presentations for future release with the permission of the speakers. We will do our best to keep away journalists and other antifa, but please bear in mind that no vetting is foolproof, and no real-world meeting is without risk.

If you wish to be invited to future Northwest Forum events, please email [email protected]

The next Northwest Forum will be held in Western Washington on Saturday, March 24, from noon to 5 pm. The speakers include Greg Johnson, James Allsup, Matt Flavel, and C. B. Robertson. I hope to see you there.