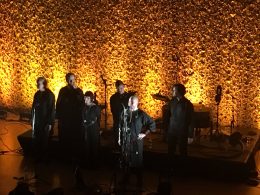 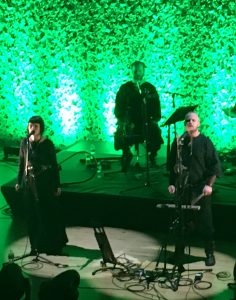 On Saturday February 3rd, in the company of a few friends, I attended Wardruna’s concert in New York City. This was not my first introduction to them: I’ve been using their albums as workout music for months. In case you do not know, Wardruna is a Norwegian “Nordic folk” band who have recorded three albums, and become quite popular in the politically-ambiguous “neo-heathen” scene in Europe and America.

In truth, their popularity extends well beyond this scene, and is due in part to their music having appeared in the History Channel’s Vikings series (see my review here [2]). But I don’t hold that against them. The band were on a tour of a few U.S. and Canadian cities. Before New York, they played Silver Spring, Maryland – which might be the most exciting thing that has happened to Silver Spring in its entire history. After New York, on February 6th, they played Boston.

Wardruna was formed in 2003 by Einar Selvik, Lindy Fay Hella, and “Gaahl” (Kristian Eivind Espedal), who is no longer in the band. Current members also include Arne Sandvoll, H.C. Dalgaard, Eilif Gundersen, and Jørgen Nyrønning. If these people are not Germanic neo-heathens they are certainly doing an amazing, lifelike simulation. But I am quite convinced that they are sincere believers – and their music shows evidence of a deep immersion in Norse myth, and in runology. Some of their songs are named after runes, and their lyrics frequently reference themes and characters from Norse myth – at least this is what I have gleaned from the bits and snatches I was able to understand. (I am no Norwegian speaker, but it’s hard to miss stuff like “Óðinn,” “Yggdrasil,” and “Baldr.”) Wardruna also makes extensive use of Nordic traditional instruments like deer-hide drums, mouth harps, flutes, and goat horns.

The venue was the Town Hall, a performance space on 43rd street. So far as I could see, everyone in the hall (except for the ushers) was white, and most could easily find work as extras on Vikings. There was also a common aesthetic. First, the crowd wore every shade of black imaginable. I don’t think there was any color in the hall that night except for the colored lights illuminating the stage. Second, beards. Lots of them. Thor’s Hammers everywhere. And Valknuts. Black Suns. Runic tattoos. Tee shirts and jackets and patches bought from Operation Werewolf, Jack Donovan, and Grimfrost. And more than a few fashy haircuts. I was taking all of this in with one friend of mine, a dedicated follower of Asatru, as we stood in line buying our $25 drinks (at least they were served in a black sippy cup, which we could keep as a souvenir). His eyes roved across the hall, and he was moved to say, “something is germinating.” 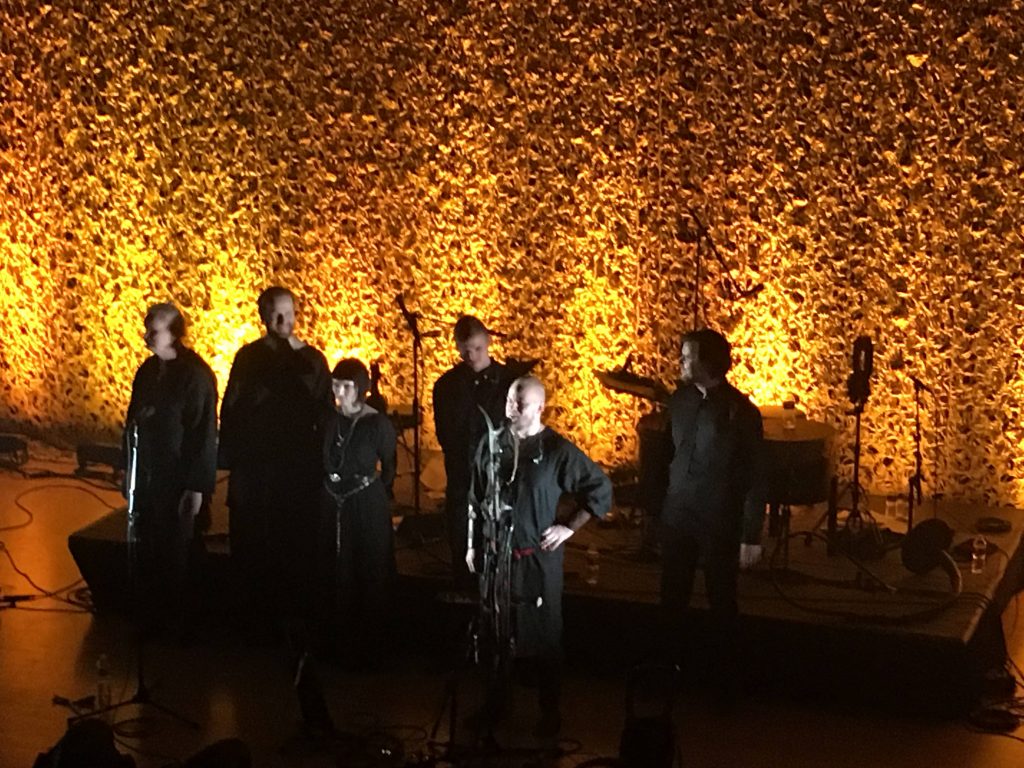 Yes, but what is it? As my friend also astutely observed, “two years ago you wouldn’t have been able to fill the hall for something like this.” And, yes, I forgot to mention that the venue was entirely sold out: all 1,500 seats. If this showing is evidence of some greater “consciousness,” just what exactly is it? Clearly it is not, strictly speaking, “political.” And I hasten to say that I have no idea what Wardruna’s political stance is, or if they even have one (probably, they would run screaming from my own political stance).

No, the concert was yet another example of a happening that is “implicitly white.” Of course, the Pat Metheny concert I saw at the same venue five years earlier was also implicitly white. And so is a trip to the Pottery Barn. But the Wardruna concert was something different. Here was a crowd whose racial consciousness was something more than implicit, but probably (in a great many cases) much less than fully explicit. Here was a crowd whose “implicit whiteness” was extruding itself in the form of Thor’s Hammers, Operation Werewolf patches, and Odal rune tattoos. You see, whatever we do or think – and no matter what we say – we can’t help being white. It’s always going to find a way to come out. And I have been optimistic for some time now that more and more of our unforgiveable whiteness is being externalized, in ways we will find increasingly hard to evade. There’s no better way to bring a people together and make them confront their own identity than the hostility of those who vilify them, and who target them for dispossession.

As to Wardruna’s music, one struggles to find a way to describe what they do: its originality, and resistance to categorization is surely part of the appeal. One feels that this is exactly the sort of music the Vikings would have made were they still around in 2018. Of course, the truth is that they are still around: the members of the band are, genetically speaking, exactly the same people as their Viking forbears. It is obvious that this music comes from deep within their Nordic souls. It is primal and atavistic, in a way that is ineffably Northern and European. Wardruna is living proof that “culture” is deeply rooted in the being of a people, and not some sort of floating abstraction that could be generated by anyone, or imposed on anyone. I use the vague term “being of a people” because I think there is a mystery here that cannot be fully explained through appeals to “genes.”

The response of the audience was also living proof of the survival of the being of our people. From Wardruna’s Northern European soul, to our own. There was an electrifying passion to their performance that night (song after song without a break), and an electrifying reaction from the audience. I was deeply moved – and it was clear from Einar Selvik’s closing words that he was moved by the audience’s response. But it was not just Wardruna’s music that did the moving: it was the fellowship I felt with the other concert goers. The benevolence I felt toward them was something of a new experience for me. And it was reciprocated. Seldom have I seen a crowd in New York being so nice to each other. “These are our people,” I said to my friend.

The evening was a good omen. Something is indeed germinating; something is on the move.

You can read more about Wardruna and purchase their music here [4].