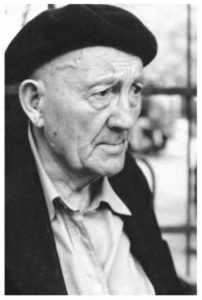 Romanianism meant, for our generation, that we should be ourselves. To be on the Left means to be up a gum-tree. Every people wants to be itself. And we also wanted, we on the Right, to be Romanian.

I am Romanian and, as a Romanian, I consider myself to be at the navel of the world; that if I were not Romanian, I would not be anything. I cannot imagine myself as French, English, or German. I mean that I cannot extrapolate my spiritual substance to another nation. I am Romanian by vocation. Everything that I think becomes Romanian.

If there is a science of nationhood, I am Romanian by profession.

Nationalism can also be practiced with decency. No one can forbid a people from living its tradition and history, with its glories and defeats. Pârvan[1] says: ethnicity is the point of departure and the universal point of arrival. I, as a nationalist, have long thought that the nation is the end-point of world evolution. When the nations disappear, we enter the Tower of Babel.

[1] Vasile Pârvan (1882-1927), a Romanian historian and archaeologist, known for his work on ancient Dacia.

« Going Somewhere?
A Review of David Goodhart’s The Road to Somewhere