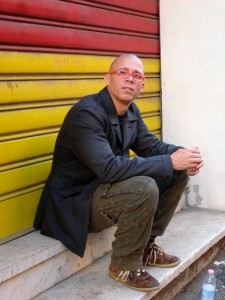 [1]“Speech that doesn’t commit one to anything, doesn’t stand on its own, doesn’t risk its position, doesn’t cost anything, is not worth very much.” – The Invisible Committee[1] [2]

One of my former colleagues just had the honor of presenting the annual President’s Address to the American Anthropological Association. Her speech, a paean to the power of the “good” anthropologist who battles against the “looming darkness” caused by recent “political disasters,” was hailed as a courageous speaking of truth to power in the darkest days of late-modern life. And indeed, even as I perused a lightly sketched outline of the speech I could feel the chaste righteousness in her earnest appeals, applauding her esteemed audience for having rallied to the cause of the multicultural univocity of mankind.

I could feel the visceral horror that she and her audience must feel when forced to leave the citadels of their enlightenment, and I could easily imagine their cheers as the police would have arrived to forcefully remove all dissent from their virtuous presence. And of course, I could feel my own abated nausea and associated sense of gratitude – not for having been more right, or more justified, than the Academy I left behind, but certainly for having been more courageous.

But my courage to flee, to throw caution to the wind, to venture beyond what was promised me, and to renounce my inheritance would have amounted to very little if I had been escaping alone. Of course I didn’t know that then – I only knew that I would never be able to reconcile what I had to come to know with the pulpit I had spent a lifetime ascending – but the importance of having brothers- and sisters-in-arms would become apparent when I found Counter-Currents.

Like it must for many of us, Counter-Currents initially felt like a destination – like a secret Adelphi or Musaeum, at once promulgating dangerous ideas while also offering safe harbor to those who ventured in from the decaying and diminishing world around us. Eventually though, my relationship with Counter-Currents changed. It no longer acted as a destination, or a “run to”; but instead it became a weapon, a “run with”: something to be used while continuing to flee – sometimes just a word, other times an essay, but most often a counter-epistemology, and even a new ontology: big words, big ideas, monumental effects, and life-altering realizations.

Hyperbolic language can be striking for its insincerity, but I can say to each of you today without blushing that Counter-Currents changed my life. Not only did it provide me a forum in which to learn, and experiment with, dangerous ideas, but, far more importantly, it provided me affiliations with dangerous people – the types of men and women that are so worthy of being enemies of the contemporary world that they easily transcend what we are allowed to know about, and create of, a life.

Less prosaically stated, our lives – and the tactics we use in the fight to defiantly thrive in a society that values compliant feebleness – are guided less by an ideational epistemology than a constantly rearranging and re-organizing epistemography: and likewise our simple ontological need to define and understand being has become more an ontography, or re-animated and re-energized manner of existing.

All the while, though, Counter-Currents has remained a powerful ally and a trustworthy reference-point. And as so much fatuous and petty in-fighting has necessarily changed the online topography of dissent, Counter-Currents still embodies the most beautiful and explosive potentials of our desertion from, and fight against, the empire of slavishness that would soon – if not for our allies and us! – become universal.

When I found Counter-Currents, never once did Greg say, “Follow me.” No! Instead he said, “Come with me.” Come with me. He neither demanded allegiance nor imposed orthodoxy. And that he allowed such autonomy to a thinker like me says all anyone need know: this is about us, not Greg Johnson. This is about us thinking beyond institutional control and living potentials and possibilities that we are absolutely forbidden: this is about us taking our own side.

“The world is fragmenting,” our enemies lament – and it is! – and we are the key to its fragmentation … and demise. Once upon a time we were the majority. Now we no longer have a need to even be a part of the whole. “The world is fragmenting,” they lament, “and it is doing so by contagion.” Fortunately their analysis suddenly loses its usefulness, for it is not contagion that drives the destruction of their world but instead resonances. Resonances: connections of beauty, depth, levity, wisdom, absurdity, honor, sincerity, hilarity, and ferocity – among so many others of which we are capable – that reverberate and bring us together, creating the bonds that alone will allow us a future.

At its best Counter-Currents is a nexus of resonances. Sometimes we are visible, but most of the time we are invisible; I ask each of us to remember that the usefulness of our invisibility is enabled by the continual presence of Counter-Currents in our struggle. I am the very last person that would ever say to our people that money and a grand idea are enough to save us. Instead I teach contact. Struggle. Attack. Evasion. Accomplices. Allies. Friends.

We have the ideas. We have the wisdom. What we lack is something else: a weapon? A collaborator? This is the power of Counter-Currents, a “run with,” a bringing together.

But it is up to us to run and to come together.

Counter-Currents depends on the support of readers like you to survive and flourish. We have a bit less that $3,500 to go for our annual fundraiser. Please donate today/ There are several ways you can help out.

“Hatreon” is like Patreon but for the “haters” who are being purged from Patreon as part of the vast ongoing deplatforming of white advocates and dissident Rightists. Hatreon helps creative dissidents enjoy steady, predictable incomes from patrons who make monthly pledges of support. Just go to my Hatreon profile page [4] and make a pledge.