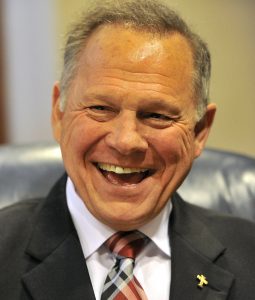 [1]In theory, democracy is government by the people. But as most people believe simply whatever the System media tells them to believe, democracy is really just government via the media. Politicians and statesman are essentially interchangeable. Culture, tradition, and kinship are far less significant in the calculations of power than who controls the television networks, the major Internet providers, and the key online institutions such as YouTube, Facebook, Twitter, and PayPal. Indeed, as we are seeing with the current moral panic over sexual assault, even well-established celebrities and media figures such as Kevin Spacey or Harvey Weinstein can be depersoned overnight if they get in the way of the Narrative.

Most journalism, as it is practiced, is not any kind of a check on power, but an attempt to defend power by identifying dissidents and waging Alinksy-style campaigns of personal destruction against them. Dissenters are fired, deplatformed, and socially isolated in the name of “democracy.” Because this power is not exclusively exercised through state institutions (through it is certainly empowered by “civil rights” laws and the abolition of free association), even well-meaning Americans have trouble identifying it as tyrannical, instead simply dismissing it as the “free market in action.”

However, because the repression is multifaceted, there are always gaps, which System journalists must scramble to shut down. The upcoming media offensive [2] against Bitcoin, which is allowing the Wrong People to make money [3], will be the next great example. And there are other institutions which, though weak and growing weaker, still retain sufficient strength to allow certain people to operate with a limited degree of freedom outside the System. Some Eastern European states, notably Poland and Hungary, fall into this category, which is why they are in the process of being subverted. And within our own country, there is still conservative American evangelical Christianity.

Which brings us to Roy Moore, the champion of Southern evangelical Christianity.

Southern evangelical Christianity, to be sure, has already been rendered amenable to System control. Within the Republican coalition, conservative Christianity is to wed to a limited government platform which demands low taxes and fewer regulations for the very corporations which are destroying what’s left of Christian America. Though evangelicals are utterly despised by most Jews according to polls on the subject [4], the Zionism of many evangelicals is so extreme that is tempting to say they are not simply pro-Israel, they actually worship Jews as a people [5]. And evangelical Christianity is already in the process of being subverted from the top down, with figures such as Russell Moore, President of the Ethics and Religious Liberty Commission of the Southern Baptist Convention, doing his best to introduce awareness of “white privilege,” support for Open Borders, and hatred of the Confederacy as core Christian values [6]. Given time, evangelicals may end up as toothless as most mainline Protestant denominations.

But it’s not entirely deconstructed yet. White evangelical Protestants continue to resist gay marriage [7], which many mainline Protestants seem to believe in far more fervently than the Resurrection. Most white evangelical Christians supported Donald Trump during the presidential campaign, despite the shaming of the media and supposed leaders such as Russell Moore. And because white evangelicals have no central authority or supreme leader, they cannot be as easily subverted as mainline Protestant denominations or Roman Catholics, who can be undermined from the top down.

Still, their numbers are declining [8] and absent real media power, it’s likely white evangelicals are simply a few years behind on the path of decline compared to other denominations. Yet evangelicals also have institutions which allow them a certain degree of autonomy from the System’s cultural control. Homeschooling networks have grown rapidly, and with them the creation of new curriculum and educational programs [9]. Evangelicals (in alliance with other conservative Christians) have been creating their own youth groups as organizations such as the Boy Scouts have been subverted [10]. (Trail Life USA now has an estimated 30,000 members.) Evangelicals also have become cohesive and networked enough to support their own film industry [11].

In short, though America is no longer a Christian country, white evangelicals show some signs of becoming a kind of cultural “tribe,” a cohesive subgroup. Saying you are a Christian in the South is less a statement of faith than an announcement of identity. And they are increasingly distrustful of those outside their network whom they perceive, quite accurately, as enemies.

In a recent poll, evangelicals were the least likely group to say reports of sexual misconduct would make them less likely to vote for a candidate. Thus, Frank Luntz recently found himself [12] horrified when a focus group he created simply dismissed the accusations against Roy Moore as a part of a larger plot. As John Robb of Global Guerillas accurately noted, “Evangelicals completely eliminated [13] a vulnerability that made their political candidates extremely fragile to external attack.”

The attack on Roy Moore is stunningly brazen. Several of the accusations against him are questionable or have already collapsed [14]. Moore continues to deny any wrongdoing, and the fact these accusations are only surfacing now, decades after they supposedly happened and even decades after Moore became a prominent political figure, should lead people to be at least skeptical. Nonetheless, the same reporters who accuse Donald Trump of promoting “fake news” through half-truths and oversimplications feel no compulsion in bluntly calling Moore a “child molester” or even a pedophile. Howell Raines, the former Executive Editor of the New York Times, has even published a soul-searching article about how white Alabamians could possibly vote for Roy Moore [15]. The fact Raines was more responsible than anyone else for promoting the black New York Times affirmative action journalist Jayson Blair [16], who simply made up stories out of whole cloth, seems highly relevant here.

Indeed, as Peter Brimelow accurately pointed out [17], not only do we not know the truth of many of the accusations against Moore, it is impossible to know. Even some of the people involved may not even know the truth anymore. (Quick – recall the details of an encounter you had with a person you last saw forty years ago.) The one encounter which would seem to be the most damning, Moore’s supposed encounter with a fourteen-year-old, is also one of the most questionable [18]. Lurid tales about Moore being banned from shopping malls appear to be a lie [19].

What’s more, even if we assume the absolute worst about Moore, it appears he was courting young women in a way that may seem strange now [20] but was largely accepted throughout most of American history. The modern, and supposedly morally superior, system for selecting spouses, in which we casually screw random people (of either sex) for a few years before settling down with someone and then likely divorcing them a few years later, is somewhat of an exception in human history. Mormons Mitt Romney and Evan McMullin have been hysterical in their opposition to Moore, and yet the founder of their religion, Joseph Smith, married a fourteen-year-old girl. As many others noted, no one seemed upset or even surprised when Jerry Seinfeld was dating a seventeen-year-old girl [21], yet now we are supposed to scream in shock and outrage at the idea many men prefer dating younger women. Unless the accusation about the fourteen-year-old is true, every one of the girls Roy Moore was supposedly involved with was over the age of consent.

Republican Scott Taylor puffed up his chest and said he’d “break his [Moore’s] face,” among other things, if Moore had approached his daughter [22]. But evidently the parents of these girls at the time didn’t see any problem with it. However, I’d bet the father of a girl in Alabama in the late 1970s would be in a fighting mood if a teacher was teaching his daughter to put on condoms or if transsexuals were teaching his young children to question their gender identity [23], both of which occur in schools today without objections from the likes of Rep. Taylor. It’s also hard to take the media outrage seriously when everyone knows a few weeks from now they’ll be right back at it trying to normalize pedophilia [24].

Ultimately, the Roy Moore/Doug Jones Senate race is not about sexual accusations, political issues, or even what people think about President Trump. It cuts to a far more primal issue. The media is now declaring that they have the right to permanently disqualify a person from political office based merely on accusations. What’s more, these secular reporters are saying Christians are failing their religion unless they automatically believe these accusations. Finally, they are using these accusations not just to attack Moore, but to pave the way for an attack on President Trump because of his womanizing over the years. (Of course, if President Trump is replaced with President Pence, the Narrative will then shift to how Pence is also unacceptable because he doesn’t eat dinner with women other than his wife [25].)

The Roy Moore race is not just about who governs. It’s about who has the right to determine morality. The media has, quite consciously, created a false narrative to paint a man as a pedophile [26] and child molester. There is far less evidence to believe this is the case than that the revered “Lion of the Senate” Ted Kennedy was a murderer [27]. But if someone does not go along with this Narrative about Moore, they too are targeted for destruction.

There is no reason evangelical Christians should go along with this farce except out of fear or intimidation. Evangelical Christians must choose whether they will allow the media to determine who is or is not representative of their community. The issue is far larger than Roy Moore. If evangelical Christians allow reporters who despise them to instruct them on how their own community will conduct itself, they too will be deconstructed as just almost every other religious community has. There will be one less institutional or cultural barrier between the top-down, media-driven Narrative and the powerless peasants who are expected to obey it unquestioningly. And if that occurs, then we might as well admit it’s not the people or their elected representatives who are sovereign, but reporters and those who direct them.