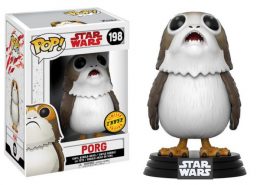 If only! This film can be called entertaining, but certainly not “good.” Most of the time I was holding my hands out in laughing disbelief at the shockingly vulgar, transparent, and trite antics of the producers in this naked cash grab.

The Last Jedi marks the maturity of “new Star Wars” into yet another never ending reboot franchise, joining the superhero genre, notably Spider-Man and Superman (just how many soft reboots have there been now?) as a narrative long since shorn of all creative innovation and now persisting only to fleece fans. Golly, Buttercup! Tell us something we don’t know! Well, I will. This may shock and surprise you. But I liked bits of this movie.

The Last Jedi is awful, but not complete in its awfulness. Despite the worst intentions of directors, producers, and franchise managers, some of the actors in this merchandising vehicle are actually entertaining and likable — even the ridiculous little puppet Yoda, an obvious and unsubtle throwback to “original Star Wars.” To borrow a line from E;R, you know when you start calling something “the original” there have already been too many copies. In this case, Mark Hamill’s and Adam Driver’s acting chops redeem this farce and provide a means for the viewer to relate to an otherwise completely foreign world. All the superficial aspects of original Star Wars are here, but none of them make a lick of sense and exist merely as sugar coating on the unpleasant poison pill of Jew-dominated and enforced cosmopolitanism. At this point, it’s hard to discern from the audience point of view what the Empire and Rebels are even squabbling about — until you disassociate back and remember all the non-white faces you inevitably passed on your way to the cinema.

Yes, it’s the same boring, reheated slop of the ultimate victims, the only victims that matter, the perfidious Jews and their Social Justice and non-white lackeys, painting themselves as downtrodden and oppressed even as they hang white male moviegoers by the ankles and shake the cash out their pockets. Reptile Queen Carrie Fisher in this movie plays the resistance “leader,” though all she does is swan around and enjoy everyone except the racially ambiguous Poe kowtowing to her. If she had managed to die before filming began, the death grip of the past around Star Wars‘ throat may have lessened, and we could have potentially enjoyed the Resistance leader being played by an actor capable of displaying human emotions. Alas, no such luck, and in one tacky, vomit-inducing scene, Fisher uses the dark magic of HollyWoo to fly through space and re-enter the airlock. Like the rest of the phony news brewed up by the international fakesters that produce this nonsense, it just doesn’t stand up to scrutiny. That comfy atmospheric pressure you’re enjoying that keeps your insides in prevents explosive decompression, and everything from your blood to saliva boils in the vacuum of space. No such luck for those who would enjoy Carrie suffering that fate. Like in Guardians of the Galaxy 2, space in The Last Jedi is just a place that’s kind of cold. No being sucked out the airlock here, it’s just like opening a window!

The narrative has been so beaten into the heads of white audiences by now that the film does not bother justifying why the Rebels (or Resistance, whatever, who cares) are good and the First Empire are bad. It just so happens that the Resistance has a painfully forced multicultural cast, so whites already know they are expected to root for them as the “good” guys. Every other shot features a non-white face, normally Asian or African to cater to the Eastern market and American blacks. The First Order is run by white aristocratic wombats in well ironed outfits. Message received for white audiences that white, well presented, and militarily powerful is bad, oppressive, and for making fun of (the First Order second in command is made a fool of by Rebel Pilot Poe) — and a ragtag bag of anarchists, genderless freaks, and brightly colored robot footballs are good. The Resistance is led by a purple haired cat-lady, no less; an obvious and cringeworthy sop to the deranged goofs in the blue-haired bonobo brigade that inhabit social networks and college campuses.

Emperor (“‘Supreme Leader”) Snoke, predictably due to be snuffed out by up and coming Kylo Ren, is a wincingly unsubtle anti-white caricature. Spindly, rotting, and a power-mad hybridization of Mr. Burns and Peter Capaldi’s Malcolm Tucker? Check. In the theater of international security, the evildoer dictators are all Arab, Asian, or African, but in the movie theater, the chief villain is always a white man capable of running a large organization. It’s almost like the people who make these films are pathologically afraid of white people being organized by someone who isn’t them.

The emo manchild set up in the Farce Awakens does some tough growing up when his ego is left in tatters by Snoke’s comment that he is a “child in a mask” and inferior to Vader. Kylo smashes his cool helmet up, which is kind of a shame, but despite having a big enough nose to play members of the Tribe, he is still ethnically English and quite handsome without it. He engages in Force-enabled telepathic FaceTime with Rey, who is an agitated brat with no gravitas whatsoever. Kylo post-tantrum is very serious and introspective, and his puppy eyes and long hair lends itself to his brooding masculinity. His voice is possibly altered with a modulator to make it slightly deeper and resonant.  Either way, whenever he’s talking through the FaceTime I could feel like I was watching Star Wars again, instead of watching a bunch of schoolchildren trying to make a playground production of Star Wars using pantomime costumes and Digimon figurines. The immersion is broken whenever the camera cuts back to Rey, who splutters he is a “monster,” an accusation that is never properly explained or substantiated. Kylo belongs in a Star Wars movie, but Rey belongs on Jerry Springer.

The same failure to generate any kind of dramatic tension occurs between Luke and Rey. Mark Hamill has clearly reached a point of blissful indifference to the destruction of the Star Wars franchise and is relishing every opportunity to be theatrical, expressive, full of life and whimsicality. By contrast, Rey’s entire character is simply a plot device around which other parts of the movie revolve, and Daisy Ridley is a wooden stand-in that brings nothing to the role.

On Luke’s desolate Jedi Island, I was deeply aware that I was watching Mark Hamill with a puppet-esque Yoda, “just like the original,” instead of being immersed in the unfolding plot. The directors have eschewed using a CGI Yoda of the type that appeared in the prequels dueling with Count Dooku; this naked attempt to remake the magic is semi-successful, both in film and as a fan lure. Yoda reminds Luke that his momentous decision to end the Jedi religion by burning the tree and sacred texts is irrelevant by beating him to the punch and lighting it up with a lightning strike — this Zen-zap reminding him to hold life with an open palm. At this point I was overjoyed — Yes! Burn all the Aleister Crowley books and Talmudic voodoo nonsense that perpetuates this fabricated faith! But sadly it was not to be as the texts are “rescued” (stolen?) by Ma-Rey Sue.

Kylo decides to off Snoke and take his rightful place as Supreme Leader, and in a painfully predictable moment that recalls Vader asking Luke to join him, generously offers Rey an equal standing in leadership of the First Order. He implores her to “Let it all die — the Jedi, the Sith, all of it.” Good God, I thought, how sensible! Just what is this switched on and savvy young man doing in this movie?! Of course, she refuses, which dooms her to perpetual immaturity and being the unwitting servant of the malicious cat-ladies. Sad, really — I almost got to care about this silly girl and her emotional outbursts. She makes her good escape to assist the Resistance, who at this point are just outright anarchists, using the Aluminium Falcon.

Younger, Hillary Clinton fanboys and girls and Bernbots may be happy that the Falcon is now truly the Millennial’s Falcon — it ends the movie full of diversity, Pokemon and crystalline foxes released from an underground vault. Chewie even goes vegetarian, something I did not expect but wholeheartedly approve of. As this is happening, Kylo is having another temper tantrum and attempting to wipe Mark Hamill out of the franchise using blaster power and light-saber dueling — but to no avail, as Mark is actually using Jedi astral projection. In exchange for agreeing to star in the film, he is given a graceful exit from this mortal plane, the camera panning adoringly over his well cultivated wrinkles and Jedi beard. No doubt we will see him next illuminated with the alluring blue glow of Jedi masters used to bait the goyim.

The one thing I haven’t covered is Finn’s attempt at deserting, where he meets an uncharismatic and slightly tubby Vietnamese Rebel girl. He promptly complains that he dindu nuffin and that they need to go on a wild goose chase to save the Lizard Queen by obtaining the Macguffin. It’s all garbage and fills a full third of the film, and exists solely to give these token characters something to do.

The movie ends with a young white boy being lectured about the Jedi by a negro child speaking in some sub-Saharan tongue. After being sufficiently bamboozled, he goes out to look up at the stars and sees a Rebel ship shooting across the sky, and pledges his undying allegiance to the coalition of dindus, blasians, and reptiles. And that’s Star Wars: The Last Jedi: a sickening and sad attempt to hoodwink whites into worshipping a dead Jewess and their own racial displacement, with enough good actors, set design, and digital foxes added in to make becoming a purple-haired antifa seem superficially appealing.

This time, at least, no Stormtrooper memes will come of it. With the passing of Hans Solo and now Skywalker, maybe the next turkey will pass into box office oblivion.