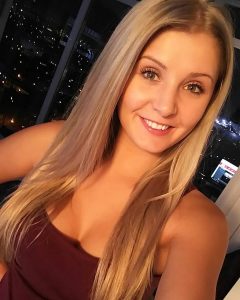 I can’t peer into the private spaces of these supposed beta-orbiters, and I can’t access Lauren Southern’s mind, but all of the preceding strikes me as impossibly unlikely.

The normally admirable Weev, who has elaborated on the charge, focuses his own case for Greedy Lauren the Virtual Seductress on a passage in her book Barbarians, where she alludes to her brief cosplay career:

Weev omits the first paragraph and interprets the second as Southern’s “honest admission that she is a sex-worker.” Her “entire existence is a manufactured attempt to sexually manipulate good-hearted and decent men into giving her money.” These strong-wristed, good-hearted men end up “digitally throwing dollar bills at a hooker that doesn’t even suck [them] off afterwards.”

Southern’s book was published in 2016, which isn’t that long ago. Everyone here likely remembers the context of her brief comment. The worthless Republican strategist Rick Wilson had claimed that the Trump-supporting Alt Right, whose creative center he plausibly located in /pol/, was populated by frustrated losers with odd sexual fixations. Wilson’s attack presented his targets with a choice: they could deny the charge that they masturbate to anime, or they could admit (accurately or not) that they do. Some of them chose the latter, on the assumption that conceding ridiculous and irrelevant charges is tactically better than denying them. One of my favorite Alt-Right jokes, based on a famous (and truthful) Goebbels quote, emerged as a result of this tactical decision: 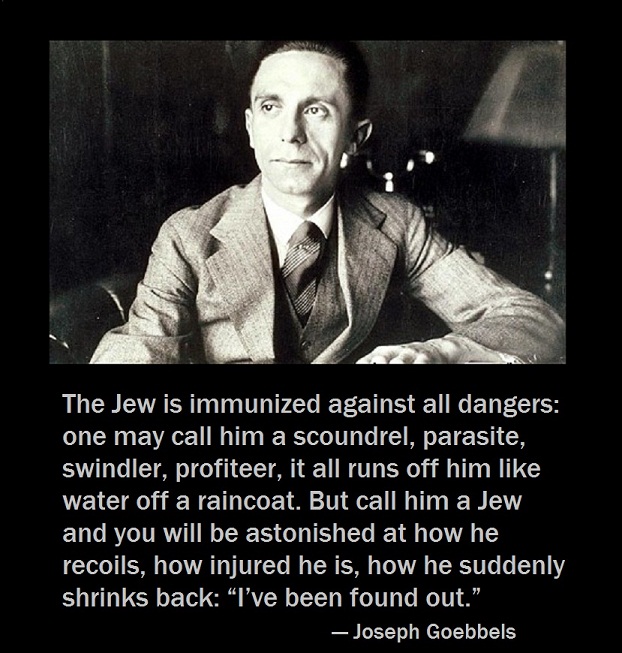 Lauren Southern was writing from within this strategy of response. If an enemy says that you are a twisted white supremacist with genocidal ambitions, you reply “guilty as charged.” If an enemy calls you “deplorable,” you accept the label. If an enemy accuses you of masturbating to anime girls, you acknowledge that you do and make a joke about your alleged sexual tastes. Whether this is a wise strategy or not may be debatable, but it has been a common feature of Alt-Right memes and online activism, so successful that Donald Trump Jr. learned about the game and was willing to play it. 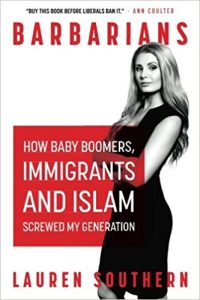 Wikipedia calls Lauren Southern a “far-right political activist,” which from our perspective means only that she is sane. I haven’t watched any of her videos, but I have read her book. I know from her book that she is a thoughtful and articulate young woman. A decade ago Barbarians would have been widely admired by racialists; two decades ago the National Alliance bookstore might have stocked it.

Times have changed, and because we have become more confident, merely being sane is often not enough. We hope for stronger positions from the alt-lite. Most of them, at present, are unwilling to deliver them. The fact remains, however, that Lauren Southern is closer to the mainstream than any of us are, and a good case could be made that as such she is just as valuable as any creator of explicitly racialist content, especially since she is not far from genuinely enlightened views on race and culture. For example:

[D]iversity is not a strength; it’s a weakness. Its legacy is not peace and love, but division and hate. It is to civilizations what auto-immune diseases are to the human body. It must be razed, salted, and burned, as the Romans did to the Carthaginians.

Although Marxism is a wicked ideology, traditional Marxist historiography had an attractive vision of historical progress that we can learn from. Historical actors were judged not by their support for, or opposition to, specifically Marxist beliefs, but by how, positioned in their particular moment in time, they furthered or impeded the inevitable direction of history. A bourgeois liberal could be good and progressive in 1780, and thus a hero in Marxist history, while the political beliefs that made him good and heroic in 1780 could make another political actor holding the same beliefs bad and retrograde fifty years later. A political actor did not need to share Marxist beliefs to help achieve Marxist objectives and win Marxist praise. A Marxist historian could therefore ignore a political actor’s intentions and look only at his place in the sequence of causes driving history toward its destined future, as Karl Marx saw it.

At this historical moment, any popular figure who, like Lauren Southern, publicly criticizes “diversity” and opposes race-replacing immigration is our ally, regardless of his or her own opinion of the matter. I would argue further, based on her book, that Southern is exactly what most of us hoped the alt-lite would become: a conduit to White Nationalism. Whether she intentionally set out to serve that function or not is irrelevant, though my guess is that being a conduit leading to us wouldn’t trouble her.