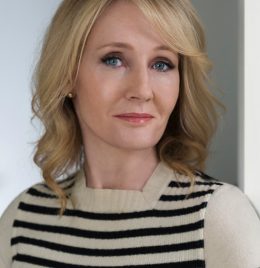 With her Harry Potter series of books and later movies, British author J. K. Rowling has obviously struck a chord in the psyche of white audiences. Despite her work being throughly saturated with social justice messaging, the fundamental premises of the story are an expression of more traditional, “elitist,” and even “racist” attitudes which white populations continue to hold on some level. Try as she might, Rowling could not avoid expressing these views. This is obvious in the nature of Hogwarts and the wizarding world, as well as the various races within it.

Hogwarts is not open to everyone, but neither does it require an application. Although the Death Eaters’ desire to accept only those they consider to have purely magical bloodlines is portrayed as an ugly part of their villainous character, admission is offered based on magical ability, which is an essentially genetic trait. Although it is not guaranteed to everyone whose parents possess it, it is something which people either do or do not have, regardless of any conscious effort on their part. No attempt is made to draw representative samples of the general population as with affirmative action; the school is exclusive to a genetic elite.

Not only is Hogwarts far from an “inclusive” institution in terms of admission, its very existence is hidden from normal people. Muggles who come to learn of the existence of the magical world are required to have their memories altered. The explanation for this long-standing policy is straightforward: in earlier generations, wizards and witches were persecuted and even executed. As in much of identitarian activism today, this separation between peoples is justified in terms of survival.

Even the mechanism of sorting students into the four houses expresses an attitude towards belonging which is at odds with the modern secular individualist ethos. New students are subjected to something called the Sorting Hat at the start of the school year. This magical hat reads the students’ minds and places them into the house most in line with their character. Although Harry displays the agency to consciously reject being sorted into Slytherin House, all other students are simply told where they belong, determining in which dormitories they will live and in large part with whom they will socialize.

This entity that can know where people belong by reading their thoughts satisfies the same deep need that is expressed in Christians’ prayers for guidance from an omniscient God, as well the same need for long-term belonging which is answered by any religious community. It is at odds with the individualist attitude Albus Dumbledore makes explicit near the end of the series that it is the individual’s choices which define him. Dumbledore’s comments, though, are a conscious attempt to deliver “words of wisdom,” so they are more likely only what Rowling considers it righteous to teach young people. Her true feelings, along with those of readers, are to be found outside of this context, where she is not trying to express proper modern values.

Rubeus Hagrid is another accidental expression of a politically incorrect understanding of life. The well-meaning but somewhat simple-minded groundskeeper is by some biological miracle half-human and half-giant. This may explain his tendency not only to downplay the brutality of his giant half-brother Grawp, who is at least his co-ethnic, but also to take a strangely protective attitude towards various monstrous creatures which are at least as savage. He has a series of beasts as something like pets, even though they are dangerous and even illegal to keep, and insists that they would never hurt anyone.

The character of Hagrid gets at two un-PC issues, albeit inadvertently. First, there is the tribal tendency of many blacks to excuse their criminal co-ethnics, making laughable claims that they are innocent and are treated unfairly by the police.

Second, there is the broader tendency of modern Western white people to display an exaggerated level of sympathy for people who have little in common with them and who even openly threaten them. The discipline of criminology [2] takes a “strangely protective” attitude towards criminals, the least sympathetic people in society, and this has persisted for decades. Similar attitudes can be seen towards “refugees” recently arrived in Europe, who despite outrageous rates of violent crime and open contempt for Western society are treated as a protected victim class.

As in a great many fantasy stories, dramatic psychological differences between races are taken for granted. Giants are large, strong, and dim-witted. Centaurs are more intelligent, but very suspicious of outsiders, proud, and easily offended. Neither have much interest in technology or civilization, both are quick to use violence, and giants are particularly inclined to kill each other in petty conflicts. In the social justice mindset these might be condemned as ignorant prejudices about Third World populations or American Indians, but readers must realize on some level that some peoples are like this.

Some of the “prejudices” portrayed are actually entirely justifiable, much like real-life stereotypes [3]. Rather than judging a group unfairly based on a minority of individuals, wizards are for example terrified of giants based on the quite real savage and hostile behavior of giants as a group. Even Grawp, Hagrid’s runaway half-brother who is presented as a NAGALT (not all giants are like that) case, is still quite dim-witted with only the most primitive language ability after prolonged instruction by Hagrid. He is not hostile to wizards, but is hardly capable of assimilating into their society either.

The wizarding world has a similar “phobia” of werewolves. The werewolf Remus Lupin, who is briefly employed as a professor at Hogwarts, is a victim of widespread “prejudice.” He has been driven out of various jobs and even into poverty as he must flee from any less understanding employer who discovers his condition. Hogwarts is a more sympathetic environment where headmaster Dumbledore knows of his condition and accepts it as long as precautions are in place to prevent him from harming anyone. But even here, he is let go once his condition becomes public knowledge. This is portrayed as a sadly necessary concession to prejudiced parents.

The werewolf’s condition, though, really does turn him into a type of wolf at every full moon. Without a special potion to preserve his human personality, he will become a dangerous animal particularly inclined to attack humans and infect them with his condition. After neglecting to take the necessary potion one night, he even attacks Harry and Hermione. As with whites’ “bigoted” concerns about black neighborhoods and schools, wizards’ revulsion towards werewolves is based on an understandable concern for their own safety.

Although social justice themes such as “anti-racism” appear throughout her work, on some level J. K. Rowling and her fans must share many of the traditional Western values which they consciously hold in contempt. The fantasy series clearly reflects the fantasies of many readers, who imagine something different than the ostensibly race-denying, anti-elitist and individualist paradigm of the current year. Indeed, this must be part of the reason her work has been so wildly successful.