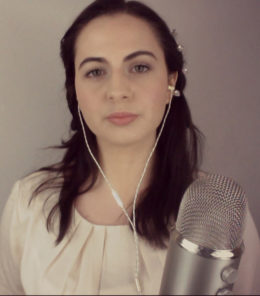 The recent wave of disgusting attacks on Tara McCarthy, Lauren Southern, and other women associated with the Alt Right can only be demoralizing and discouraging. Which is, of course, why they were launched in the first place. This sort of cyber-bullying is bad enough to watch, but I can assure you from personal experience that being on the receiving end of such attacks feels 100 times worse than it looks. Moreover, since in truth I am a rather cold fish, the effect on more sensitive people, especially women, has to be multiplied even more.

Millennial Woes has dealt with the various arguments — or pretexts — offered in this campaign in an important video here. I just want to offer some moral support and words of encouragement to Tara and Lauren, as well as to their vocal defenders and silent sympathizers. But my arguments also apply to anyone else who is thinking of quitting the movement for any personal reasons, but especially the chronic drama and infighting.

Many of you, no doubt, feel so disgusted with the Alt Right that you are thinking of quitting. And who can blame you? But before you make any irrevocable decisions, consider these points.

1. Everyone in this movement inevitably finds himself wondering, “If the cause of White Nationalism is so good, why are the people so bad?” But we have to remind ourselves: “Despite the fact that the people are so bad, the White Nationalist cause still remains good.” (I am paraphrasing an argument I read online years ago. If anyone can give me a citation, I would appreciate it.) The point is to see that, ultimately, the core of the movement is an idea, not a set of people. The people are there just to serve the idea, and that includes us.

2. Whenever your enthusiasm for the cause wavers, remind yourself that you are doing this because, first and foremost, you think this is right. White Nationalism is about putting the common good of our race over individual interests whenever they conflict. That includes our own interests. A true idealist also acts out of duty rather than personal pleasure, whenever the two conflict. Yes, this cause is often joyful, and a successful movement has to offer personal rewards and pleasure. But in the last instance, we do what we do because it is right, not because it is fun. Which is how we stick to it when it isn’t fun.

None of us may live to see free white homelands. So our activism is, at its core, sacrificing ourselves for the common good, for the future of our people. There’s a saying that a society becomes great when people plant trees so their descendants can enjoy shade. White Nationalism is about creating a world in which our race has a future, even if we do not share in that future. But we can share its greatness today. And that greatness shines most brightly when we endure the hard times, sustained by idealism alone. Of course the movement has to offer more than idealism and sacrifice. But they are the bedrock upon which it is built, and it will fail without them. Our race dies a little every time we choose self-indulgence over duty, the present over the future, private interests over the common good.

3. No, the idea cannot triumph without attracting good people. And every bad person who clings to this cause repulses a hundred better ones. So we have to understand why there are so many bad people and figure out ways of attracting better ones. But the White Nationalist idea is absolute. The people are fungible, and if good people are quitting while stupid, crazy, and evil ones are running amok, the movement is going to fail. When decent people listen to their feelings of disgust and start thinking of quitting, they are letting the bastards win. You can’t do that. You’ve got to listen to your idealism instead, and you also need to turn up your disgust a notch. If someone is behaving in a manner so disgusting that you are thinking of abandoning all that is good and holy, perhaps you should feel a bit disgusted with yourself as well. Beyond that, if someone is disgusting enough to drive you from the battle, aren’t they also disgusting enough for you to want to crush them? Because that’s the spirit we need.

4. Of course, once you go beyond the beatific vision of crushing your enemies and ask yourself exactly how it can be accomplished, it dawns on you that we can’t really get rid of these people. We can’t kill them. We can’t throw them in prison. We can’t get them off the internet. We can’t track down every donor and supporter. We can’t shame and silence every shill. We can’t revoke some sort of membership in the movement. We can’t “purge” them.

But they can’t do that to us, either.

White Nationalism is a decentralized, pluralistic, largely virtual movement. There are plenty of cliques and groupuscules and scenes. But there is no absolute inside and outside. There is no king, pope, or dictator. No arbiter of who is in and who is out. We can’t even rid this movement of doxers, embezzlers, con artists, miscegenators, drunkards, druggies, chronic failures, and controlled opposition. But somehow, some of us have made a science of driving away decent people. That has to stop. The closest thing we can do to purging all the bad elements is simply to leave them alone. Let them have the Alt Right. Let the Alt Right become an abscess into which all the poisons drain.

5. Recognize that all the power is in your hands. Nobody can make you leave this movement. Only you can do that. So don’t.

If only you can make you leave the movement, your enemies depend entirely upon you to hand them a victory. Which makes this a very stupid campaign. Nobody can remain a leader for long if he fails repeatedly. That goes for online lynch mobs as well as political movements. The best way to avoid failure is to choose goals that you can actually accomplish. The more the outcome depends on your actions and the less it can be controlled by your opponents, the greater the chance of success.

In this case, however, success depends entirely on the victims. If Lauren and Tara hold firm, they win, and their enemies look incredibly weak and foolish: weak for failing, foolish because when you pare away all the he-man, alpha male posturing and anti-feminist invective, these men have framed their campaign in such a way that all the power is in the hands of the women they are attacking. This sort of stupidity is why the movement has been lurching from one self-induced defeat to another for the past year.

6. Manage your expectations. There will never be a movement without destructive infighting, and it is unreasonable to expect otherwise. Even if we could convert or drive out the worst elements in the movement, the establishment that opposes us would simply create replacements. In short, these people, whether they know it or not, whether they intend to or not, are doing the enemy’s work. Their goal is to create a smaller, weaker, poorer, more marginal, but “purer” movement — a movement with a madhouse atmosphere that repulses the normal and the superior — a movement that has zero chance of resonating with the masses, changing the course of history, and saving our race from extinction.

Well, that is the goal of our enemies as well. So if the troublemakers did not exist, the enemy would find it necessary to create them. Note that I am not accusing anyone of being an enemy agent. I am actually accusing them of being something far more contemptible: people who do the enemy’s work for them, for free. Their motives ultimately don’t matter. Controlled opposition or not, the results are exactly the same.

7. Imagine, though, that it were possible to completely extirpate movement infamy. If you try it, you will discover that it will quickly consume all your time and energy and prevent you from being able to do any positive work. But our positive work is what will change the world, and we cannot let ourselves be deflected from it. Ultimately, the best way to defeat one’s opponents is simply to ignore them and focus on making constructive contributions to the movement. Always remember that we are in the business of slaying dragons, not swatting flies. (Of course, everyone needs a hobby, and if your hobby is trying to root out the worst elements in the movement, more power to you.)

8. Count your blessings. I love this cause, and even with all the bad aspects, I would not trade my life for anything. As I put it in one of my essays:

Well, when you put it that way, I choose to fight evil and save the world.

9. Don’t allow yourself to burn out. Even though idealism and self-sacrifice must, in the last instance, be what sustains this movement through the trials, if life were nothing but trials we would burn out and become useless to the cause. So do everything you can to build personal rewards into your activism. Above all, do not let yourself become isolated. Cherish the good people and do everything you can to avoid the bad ones.

10. Up your emotional intensity. I am haunted by W. B. Yeats’ lines in “The Second Coming”: “The best lack all conviction, while the worst / Are full of passionate intensity.” Other things being equal, this differential alone will be enough to bring any movement to ruin. I can’t help but believe that these sorts of internet lynch mobs could be nipped in the bud if more sensible people were to speak out against them, as early and emphatically as possible. I certainly pledge to do so in the future.

11. Call their bluff. Go ahead and quit the Alt Right. Let the misogynists, MGTOWs, and spergs have it. Let the Nazis have it. The Alt Right is not the movement. It is just a “brand,” just an umbrella term that only played a positive role when it was not identified with Nazis and other toxic, self-marginalizing ideologies. That ended with hailgate and has only intensified throughout 2017. Don’t prize symbols over substance, especially tarnished symbols over a shining substance. The substance of our movement is its goal: creating free homelands for all white peoples, which is how I define White Nationalism. If women are not welcome on the Alt Right, they are welcome at Counter-Currents.