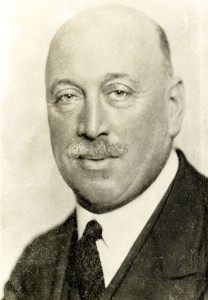 When, during World War I, C. H. Douglas was sent to sort out the accounting muddle in an aircraft factory in Farnborough, England he noticed that the factory was generating costs faster than it was distributing incomes. Replicating the process at a hundred other large British firms he found that the total costs were always more than the money distributed in dividends, wages, and salaries.[1] [2]

It struck Douglas as strange that goods remained unsold while people went without. He believed that, “Systems were made for men, and not men for systems, and the interest of man which is self-development, is above all systems, whether theological, political or economic.”[2] [3] Unfortunately, in the sweep of history, the Reformation had changed the system from that of an organic unity to one where “capitalism,” as state-sponsored usury[3] [4] came to be known, could triumph. With the overthrow of the established church there was now no ordering authority but free contractual relationships among individual economic units based on their self-interest which resulted in a lack of concern for one’s fellow man that bordered on the criminal.[4] [5]

The good Protestant that Douglas was, he would be completely unaware that Luther had paved the way for a new era which was dehumanizing by design and not by default when it came to the application of universal principles. The progress that Christendom had made in dealing with the complexity of economic exchange was dealt a double blow by the Italian Renaissance and the German Reformation[5] [6] which led to the abolition of the ancient and stable tally sticks and the introduction of central banks and income tax. We think income tax has been with us forever, but then, how many people realize that for its first 1500 years Christendom was Catholic.

Douglas was not the first to be concerned about the plight of the workers, for two decades earlier the socialists had the short-lived idea of “the Universal Trust in which every Child, Woman and Man shall hold one, and only one, non-transferrable Share of Common Stock, and in which there shall be no preferred stock.”[6] [7] The Left-wing idea of common ownership of the wealth suffered a stillbirth, for outside of W. E. P. French the idea was never mentioned again. C. H. Douglas may or may not have been aware of the socialist idea, but unlike the Universal Trust, his idea of the National Dividend still has traction.

E. Michael Jones is a Catholic concerned with the looting of the working class and pointed out in his book Barren Metal that in 1495 the laborer was able to meet all his needs and support his family by working only 50 days a year “whereas now millions are working in an age of marvelous machinery the whole year round, in an effort to maintain themselves and their families just above the line of destitution.”[7] [8] According to Jones, the real origin of capitalism was not 17th-century England but 14th- and 15th-century Italy by decadent Catholics who wanted the unearned joys of collecting usury. The further contribution of Hobbes and Descartes to reduce all natural phenomena to small atoms in constant motion further dehumanized our industrial revolution in farm and factory. The phenomenon of union busting and the downward spiral of wages is hardly new. Ricardo and Lassalle believed that the so-called iron law of wages was that the average wage of labor can never rise above what is necessary for the workers’ bare subsistence, a state to which we seem to be rapidly descending.[8] [9]

The Florentine oligarchs of the 15th century were handicapped because they didn’t understand that low wages led to economic decline.[9] [10] By constantly driving down wages, the oligarchs were inadvertently destroying their ability to create wealth by making it impossible for the workers to reproduce. The family is vital. Without decent remuneration for work, any economy is doomed to fail, which is why the living wage has been referred to as the flywheel of the economy. When the poor are suffering want it indicates that the nation is going into reverse. When the state ignores the well-being of the worker, economic decline follows, and if a worker can’t support his family the machine that turns money into value is switched off.[10] [11] Ruskin lamented, “although England is deafened by the noise of spinning wheels its people have no clothing to wear, and although it is blackened by the coal it mines from the earth, its people die of cold, and although it has sold its soul for profit its people are starving.”[11] [12]

There can be no prosperity without decent wages. According to E. Michael Jones, the infallible sign that labor has been rewarded justly is population increase.[12] [13] In early America the population doubled every 25 years, for one benefit creates another. The same impulse to natural growth was found in Canada whose name, curiously, is said to have come from an old Portuguese map which had Ca Nada (nothing here) written over the top end of North America. From 1608 to 1760, immigration to New France consisted of only 10,000 settlers, and thereafter it was almost non-existent. The French-speaking population numbered about 90,000 by the 1770s, and thereafter, until the late 1800s, the population expanded rapidly with women on average having 5.6 surviving children. The increase in population in Lower Canada from 330,000 in 1815 to 890,000 in 1851 “was mainly attributable to the continuing high birth rate within the French-speaking community.[13] [14] By 1950, the Quebec population was almost 4 million. This increase was not a result of immigration, but primarily of the still continuing high fertility rates. It was only in the 1970s that Montreal saw an increasing inflow of non-European immigrants.[14] [15] And yet the government and the “intelligentsia” insist that we are all immigrants.

The thought of “free money” through a national dividend has elevated Douglas to one of the better-known champions of those reduced to depending on a pay packet. However, Catholic writers such as E. Michael Jones and Michael Hoffman have approached the issue from the viewpoint that interest on money drains the system so as to leave most people financially short. Or as Hoffman put it, “we have allowed our world to be rigged by usurers, for usurers, to our destruction.”[15] [16] Richard Kelly Hoskins summed up the problem thus: there is no eleventh match. By that he meant that if after destroying the Tally Sticks we had switched to matches rather than our present currency and had borrowed the very first ten matches at 10% the borrower would soon learn to his detriment that the eleventh match required to pay the interest did not exist and that he would have to borrow to pay the interest.[16] [17] There would never be enough currency to pay off the interest which can only be paid with borrowed money, so essentially economic expansion is required forever or the economy shuts down. With the destruction of the tally sticks and the introduction of the Central Banks Christendom had become what Hobbes termed following Horace, “man being a wolf to man.”[17] [18] The Reformation had dissolved the organic customs that were the real basis for the social order and ushered in anarchy in the wake of which the tyranny of absolutism arose.[18] [19]

Douglas became aware of the ordinary man being crushed under this tyranny, and his solution was a more equitable distribution of newly created wealth under the guise of a National Dividend, but whether even that would work under the demands of the usurious central banks is a moot point. L. D. Byrne wrote that this shortage of buying power also accounted for the widespread poverty in the midst of plenty, of the growing burden of debt, of increasing taxation, and all the features of the present world chaos.[19] [20] Douglas was of the opinion that the just price for an item “must rest on the relationship between production and consumption.”[20] [21]

The dawning of the age of robotics is rapidly changing today’s labor market. While skilled technicians will be required to maintain the machines the unskilled and semi-skilled workers are facing a dismal future. Andy Puzder, CEO of Hardee’s and Carl’s Jr. gave numerous reasons to use machines instead of workers when he said that robots are “always polite, they always upsell, they never take a vacation, they never show up late, there’s never a slip-and-fall, or an age, sex, or race discrimination case.”[21] [22] The savings in litigation alone will encourage employers in this age of the victim to favor robotics.