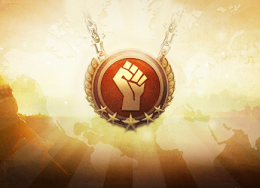 [1]As of late, many in the movement have been both advocating and adopting the deleterious philosophy of the so-called “Black Pill.” Those held in thrall by the nihilistic tendrils of the “Black Pill” ideology posit that — quite bluntly — hope is futile, change a fleeting mirage, and White racial preservation improbable.

This train of thought, this philosophy, is crude, destructive, and alien to the soul of European man. The European has dominated the earth because of our penchant for action. Civilizationally, we Europeans are the agents of our historical change, and as such we aren’t beholden to the limits which enfeeble other races. As children of Europe we are all heirs to a heroic ancestral past, a past which challenges us to exceed our limitations and to strive for what lays just beyond the infinite horizon. Those who worship at the altar of the “Black Pill,” conversely, worship a false and foreign deity who is anathema to our religion of destiny.

Acolytes of the poisonous ideology that is the “Black Pill” often cite that the master of classical erudition, Baron Julius Evola, or the widely-quoted Oswald Spengler as being the first “Black-Pillers.” But they premise their contrived nihilism on an improper understanding of both Evola and Spengler, and their works. In accordance with the ‘Faustian’ nature of European racial civilization, Evola believed that action, liberated from the concern of outcome, was the key to attaining a transcendental overcoming of the limitations of the self. In Man and Technics, Spengler wrote that “Only dreamers believe that there is a way out. Optimism is cowardice.”[1] [2]

Blind optimism is cowardice, zealous adherence to that which is delusional is cowardice; what is not cowardice, however, is a philosophical vindication of the nihilism that is “Black Pill” ideology. Spengler continues:

We are born into this time and must bravely follow the path to the destined end. There is no other way. Our duty is to hold on to the lost position, without hope, without rescue, like that Roman soldier whose bones were found in front of a door in Pompeii, who, during the eruption of Vesuvius, died at his post because they forgot to relieve him. That is greatness. That is what it means to be a thoroughbred. The honorable end is the one thing that can not be taken from a man.[2] [3]

The greatness that is the European race stems from the heroic dimension of our beings. We are the masters of our destiny, the purveyors of planetary change, because we value action, the action to overcome ourselves and those external foes who would love nothing more than for our race to regress to a bestial state of endless production and consumption.

The “Black Pill” ideology is nihilistic and fatalistic, and though these philosophical precepts are part of our great cultural milieu, they are not the defining traits of the White racial character. Nihilism serves a purpose. The Great Zarathustra himself, Friedrich Nietzsche, was a nihilist, but his was a “positive” nihilism. Nietzsche believed in a “creative destruction,” that for something to created, something else must first be destroyed. Nietzsche’s “positive” nihilism aligns with the cyclical nature of the cosmic order, and is in accordance with what we White ethnonationalists value; namely, a return to normalcy and to our peoples’ rightful place within the hierarchy of the world. The cities of ancient Greece weren’t destroyed, they were incorporated into the then-blossoming Roman Empire. Ancient Rome didn’t fall, it was revitalized by Germanic peoples who had more in common with the great men of old Rome, like Julius Caesar or Scipio Africanus, than the hordes who occupied then-degenerated Empire.

Fatalism is the ‘nihilistic’ philosophical belief that regardless of the choices made, that the inevitable is destined to happen. Fatalism is in direct opposition to the greatness of the European soul because it subjugates our destiny to an inevitable, unalterable fate. The fatalist believes that if I take “x action,” then “x result” is unavoidable, and as Europeans we are agents of our change, masters of our own destiny. We act to free ourselves from the limitations of an inevitable future. “Black-Pillers” postulate that the White world is dead, but more often than not they neglect to follow up in the affirmative, that though this world might be lost, our race is not lost, our race is glorious and we will rebuild a world more glorious than the last. This is not the cowardice of blind optimism described by Spengler, but rather an attestation of our White racial history and the promise that our historical legacy illuminates the potential for a brighter future. Those who adhere to a “Black Pill” ideology do so in a spirit contra to the European, Faustian soul.

Our history is glorious, and our reign has been supreme, because we act to surpass ourselves and the limitations that others impose upon us. By conceding that life is futile and that action is meaningless, we are capitulating to the very forces that have the power to propel our people to victory. When a boundary is set or a limitation imposed, we destroy it, for no other reason than because we can, and must…