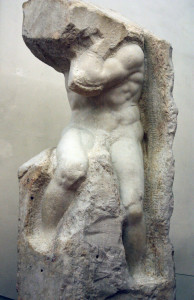 One of the perennial accusations against white colonial societies around the globe—in the Americas, Africa, and the Antipodes—is that they are morally illegitimate because other people were there first. This is what I call the “autochthony argument,” from the Greek “αὐτόχθων,” meaning “springing from the land,” i.e., indigenous.  According to this argument, the original inhabitants of a land are its rightful owners (“finders-keepers”), and it is a violation of these rights for other peoples to displace them. Thus all European colonial societies, which more or less involve the displacement of indigenous peoples, are illegitimate.

The first thing to note is that those who appeal to the autochthony argument to dispossess white colonists quietly ignore it when dealing with the colonization of Europe by non-whites. In this case, it is Europeans who are indigenous and non-whites who are depriving indigenous people of control over their homelands. I feel for indigenous peoples around the globe, because as a white man, I too know what it is like to be displaced from one’s home by aliens.

Of course some argue that European populations aren’t really indigenous, since Europeans have invaded and colonized one another’s societies for thousands of years. The indigenous people of England, for example, were invaded and colonized by Romans, Anglo-Saxons, Vikings, and Normans before the present waves of Africans and South Asians. So why should the descendants of Anglo-Saxons or Normans be considered any more “indigenous” than Jamaicans and Pakistanis?

This is not to discount the sufferings that Europeans have inflicted upon each other. But as bad as it was, it was not the displacement of an indigenous race by an alien one. It is simply different branches of the indigenous population fighting with one another, much like African tribes or American Indian tribes fight among each other. If racial infighting deprives Europeans of the right to call themselves indigenous, why does this not apply to non-whites as well?

Some people claim that the non-white colonization of Europe is tit for tat, since Europeans colonized non-white countries. This argument might be plausible for England, France, and Spain, which had vast colonial empires, and for Holland, Belgium, and Portugal, which had smaller empires. It applies to a much lesser extent to Germany and Italy. Denmark and Sweden also had negligible overseas colonies.

But the majority of European societies had no overseas empires: Ireland, Norway, Finland, Estonia, Latvia, Lithuania, Poland, Switzerland, Austria, Hungary, the Czech Republic, Slovakia, Romania, Bulgaria, Slovenia, Croatia, Serbia, Montenegro, Bosnia, Albania, Macedonia, Greece, Luxembourg, Monaco, Lichtenstein, Andorra, San Marino, etc. Yet all are targets for non-white colonization. Furthermore, the colonial powers are targeted for colonization by peoples they never colonized. It makes no sense that countries like Germany, Sweden, and Denmark, which never had colonies in the Muslim world, are suffering primarily from Muslim colonization.

Since non-white colonization of Europe cannot be justified as punishment for historical injustices, it is sold as a good thing because it increases “diversity” and because Europeans have a moral obligation to open their borders to immigrants who are fleeing poverty and oppression. The trouble with these arguments, however, is that they also support bad old European colonization, which increased ethnic diversity and was driven by poor people seeking resources and oppressed people seeking freedom. And if Europeans have to sacrifice ethnic homogeneity, political sovereignty, wealth, and freedom to accommodate non-white colonists, then why, exactly, was it wrong for Europeans to impose these costs on non-whites around the globe?

As tempting as it is to use the autochthony argument to defend Europe from non-white colonization, it has several problems.

First, it presupposes that mere presence in a territory is morally meaningful. The autochthony argument states that the first inhabitants of a land have a clean title. They did not have to displace anyone else through violence and trickery. Later occupants are illegitimate if they displace the first occupants and usurp their territories.

But if mere first presence in a territory confers rights, then why is this confined to biologically modern humans? Other animals are merely present where they live as well. Didn’t Cro-Magnon man displace the Neanderthal? Didn’t mammals displace the dinosaurs? Aren’t practically all living things illegitimate interlopers in previously occupied ecological niches, until we get back to the original denizens of the primordial soup? But does it make sense to regard the entire history of life on this planet as a ghastly moral offense? So much for evolution, I guess.

A Darwinist, of course, would argue that one organism can displace another only by being better adapted for survival. Thus evolution is a process of improvement, rather than a fall from an original state of innocence. Social Darwinists argue that the conquest of the dark races by whites is evolution in action. And, if the darker races are now turning the table and conquering whites, that too is evolution in action. For Darwinists, success in the struggle for power is by definition the best outcome, no matter who ends up on top.

The autochthony argument holds, in essence, that the first organism on the scene is in the right, and all who follow are illegitimate interlopers. The Darwinist would argue that the last organism on the scene is in the right, simply because it is successful, and that all that came before have no legitimate claims, simply because they failed. Both arguments are equally morally absurd, because there is more to right than just being present at the beginning or the end of a struggle for power.

Second, the autochthony argument does not distinguish between occupying and appropriating territory. Just being on a piece of land does not necessarily make it one’s own. To appropriate land, one has to do something. One has to make something of it, and in doing so, one takes responsibility for it.

Third, the autochthony argument also ignores the distinction between nomadism and settled occupancy. Often times, the first people were merely passing through. Nomads don’t own land, they merely inhabit it, as do the buffalo. They do little to it, and they take little or no responsibility for it. Nomads are less tied to a piece of ground than settled people, and nomads can share the use of the same region, whereas settled ways of life require exclusive ownership. This is not to say that nomads have no interests and rights that more settled people need to respect. But to own land, is it sufficient merely to be on it, or does one have to do something with it—i.e., to improve it and take responsibility for it?

Fourth, the autochthony argument overlooks the fact that if one owns land, one can therefore disown it. If indigenous peoples actually own their homelands, then they can alienate them to newcomers. For instance, not all North American natives were dispossessed through wars of aggression. Many natives began by selling some of their lands to newcomers, and only later did conflicts arise. Moreover, American Indians were sometimes dispossessed after losing wars they had started. There is a huge moral difference between stealing land outright and securing one’s own people by dispossessing and banishing aggressive and implacable enemies. Sometimes indigenous peoples lose their lands fair and square.

Fifth, the autochthony argument presupposes that legitimate ownership derives solely from the past (first occupancy) rather than from the future (what one is likely to do with it). For instance, even if the American Indians were the first people on this continent, they weren’t doing much with it. It strikes me as a moralistic absurdity to declare that the farms, factories, highways, power plants, towns and cities of America, plus all of the cultural and technological achievements of Americans, from bluegrass music to the space program, are somehow illegitimate because there was a thin population of Stone Age people on the continent when our ancestors first arrived.

Even if we grant that first occupancy confers rights, doesn’t later use also confer rights? And what is more important: how our people acquired our homelands or what we made of them? Given that the first occupants of all lands are primitives, whereas later occupants are usually more socially and technologically advanced, doesn’t the autochthony argument contain a built-in bias against civilization, progress, and the races that can produce and sustain them? Why should whites, of all peoples, accept such a stacked moral deck? Encounters between radically different peoples almost always end up badly. But at least if one creates something great, the suffering and strife need not be in vain.

Sixth, the autochthony argument is usually offered in bad faith, as part of a swindle. In the United States, for instance, American Indians who did not suffer from the acts of white colonists in centuries past, demand apologies and favors from whites (including recent immigrants), who never did anything to harm an Indian.

The last thing these Indians want is for whites to take their guilt trip so seriously that they erase the wealth they created and leave the continent as their ancestors found it. Instead, Indians wish to increase their share in the bounty of white civilization through moral blackmail, which just happens to impeach the legitimacy of that civilization’s very foundations. The Indians are untroubled by the moral contradictions of their position, but their aim is not justice but unearned wealth.

In truth, indigenous peoples who present themselves as “historical” victims aren’t victims at all. They are actually swindlers. And the whites they accuse of “historical” crimes are not criminals at all but victims of a moral swindle. Giving in to such moral blackmail does not right old ethnic wrongs (the victims and perpetrators of which are long dead). Instead creates fresh ethnic wrongs: new victims and new perpetrators and new resentments to fester down through the centuries. This can only impede amicable and just relations from emerging in the future.

What should the New Right’s position be on colonialism and indigenous peoples? We are universal nationalists. We hold that the best way to secure peace and amicable relations between different peoples is to give every people a sovereign homeland. Where this is not possible — for instance with tribal relict populations in the Americas, Siberia, and elsewhere — the just solution is give these peoples ethnic reservations with maximum local autonomy.

But notice that our aim is to secure a homeland for every people, not to secure the indigenous homeland of every people. That would be nice, but sometimes it is just not possible, and sometimes autochthony should be overridden by the greater good of creating homelands for otherwise homeless peoples.

For instance, there is every reason to reverse the recent colonization of Europe and European diaspora societies by non-whites. There is every reason to reverse Chinese colonization of Tibet. In every case, the colonists have homelands to which they can return. In every case, there are living injustices that can be solved by repatriating invaders. There is, moreover, every reason to create an independent Kurdistan or white South Africa, for in both cases a people is suffering right now because it lacks a sovereign homeland.

But one cannot make an ethnonationalist case to restore the Byzantine Empire, for the Byzantines no longer need a homeland, but the Turks do. Nor can one make an ethnonationalist case for returning Israel to the Palestinians, because the world would be better off if Jews confined themselves to a Jewish homeland. So in the case of Israel and Palestine, the solution is to have two states. A similar solution would be desirable for Europe’s gypsy problem. (Perhaps next door to Birobidzhan.)

The focus of politics should always be the future. We cannot right all the wrongs of the past, but we can create an ethnonationalist world order that minimizes new wrongs in the future.