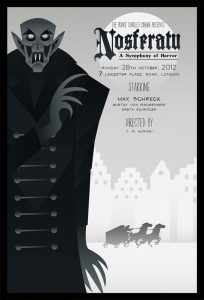 Perhaps someday I’ll write about this (I’ve already said something about it here [2]). The purpose of the present essay, however, is merely to offer you some possibilities for exploring the uncanny this Halloween, through the awesome power of cinema. My top ten list of horror films was not easy to compile. I had to eliminate quite a few films I like in order to get it down to ten. Those that did not make the list include The Cabinet of Dr. Caligari (1920), Let’s Scare Jessica to Death (1971), The Exorcist (1973), and The Sentinel (1977).