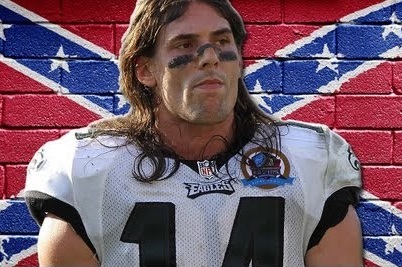 White advocates have been debating what to do about accusations of “racism.” Some think we should use the “agree and amplify” technique. This involves taking away the person’s ability to use the term to shame us. It involves saying “yes, I’m racist” and facetiously amplifying one’s alleged racism by trolling people with Nazi memes à la Daily Stormer.

Others, such as Hugh MacDonald, have suggested we should shame those who accuse us of racism much as feminists shame men for things like “slut shaming.” In other words, MacDonald argues we should not debate whether we are guilty of it but shame those who use it against us in an effort to stifle legitimate racial solidarity.[1] [2]

In this light, I would like to make some analogies to show that racism is an illegitimate concept for debates.

Racism is problematic in debates because the catalog of actions sufficient for declaring a white person to be racist is considerably larger than it is for blacks. This does not mean that blacks are never accused of racism. For example, in the 1990s the media attacked the black NFL player Reggie White[2] [3] when he opined that God had given different gifts to different races, believing God had enabled Asians to be more clever with gadgetry, saying the Japanese can “turn a television into a watch.”[3] [4] Of course, if a race realist makes a similar claim that blacks have a bell curve for speed shifted to the right of whites because they have more fast-twitch muscle, or that whites on average have a larger brain size and higher IQ than blacks, he is also called racist.

However, there are a whole list of things blacks can do which never elicit accusations of racism. A prime example would be the existence of the black student union at Towson University, which had existed for decades without any receiving any opprobrium. Contrast that with how the university and media reacted to then-student Matthew Heimbach’s attempt to establish a white student union. Heimbach has claimed that he had received threats and that corporations refused to hire him after graduation unless he recanted his beliefs, unlike members of the black student union, who probably benefit from listing that experience on their résumés.

Here is another example: if a black person declares that he loves being black, or that he is happy when a black person is elected President, he suffers no condemnation. If a white person were to declare that he loves being white and that he is happy when a white President is elected, SJW witch-hunters would raise their eyebrows and possibly try to get him into trouble.

The standard for being accused of racism between blacks and whites differs not only according to the number of actions deemed as such, but also according to the severity of the condemnation which the person receives. Jamie Foxx, the black actor in the Weinstein brothers’ film Django Unchained, declared on Saturday Night Live [5] that “I kill all the white people in the movie. How great is that?” His career may have taken a bit of a setback after that incident, and although he hasn’t played a leading role in a major film since then, he continues to find work in films and on television, even serving as host for the game show Beat Shazam on FOX. Can you imagine Mel Gibson being given a game show after his less-than-kosher comments [6]? What’s more, if Gibson had been cast as a Nazi in Inglorious Basterds and bragged about killing a lot of Jews in the movie, would his career continue unimpeded? Of course not. In general, the punishment for racism, even if dealt out to both blacks and whites, is usually less severe for blacks.

Racism as a concept does not have interracial applicability. By bringing it up, the accusing party puts whites at an immediate disadvantage. All the Leftist has to do is say that whites get in trouble for racism more often, and he has won.

Rational debates between parties can only take place when the terms they use apply equally to the actions of both sides, other things being equal. This is because being “rational” involves weighing one thing against another, but one cannot change the units of measurement by which each thing is weighed. For example, suppose that we measured a Granny Smith apple at 70 grams and a Red Delicious apple at 3.5 ounces. Suppose (((someone))) were to say that the Granny Smith apple outweighs the Red Delicious apple by 66.5 units. We would be right to object and say that we cannot use different units to compare the weight of the two apples, and that if we use the same units, this 70-gram Granny Smith apple weighs 2.46 ounces,and thus it weighs less than the Red Delicious apple of 3.5 ounces. If (((someone))) called us evil for wanting to use the same units, we could conclude that he is incapable of having a rational debate either due to insanity or chutzpah-filled dishonesty. Likewise, those who support the selective applicability of the term “racist” to cover a wider range of actions by whites and the attaching of more severe punishments for the same actions are effectively changing the units by which we measure something, and are either insane or patently dishonest.

In medieval times, one who used a weighted scale that skewed the weighing of gold was called dishonest. Likewise, those who use the unevenly weighted term “racist” are guilty of perpetuating dishonesty. Those who would condemn us for saying that its use is invalid are unworthy of participating in a rational debate so long as “racism” continues to be unequally applied between the races.

Hypothetically speaking, if the concept of “racism” were to be equally applied to all races, then either all the nations would be labelled racial supremacists for not allowing racial aliens to flood in, or else white countries would be able to deny non-whites entry, just as Asian and black nations do without receiving censure.

[2] [9] For the record, when white Eagles Wide receiver Riley Cooper said on camera that he’d “fight every nigger [10]” present at a Kenny Chesney country music concert (which probably wasn’t that many), he also got in trouble, just like White did. Like White, he wasn’t released from the team, but unlike White, his comment may have prevented him from being signed to another team once his stint with the Eagles was over. For whatever reason, whether it be the two-thirds black majority in the NFL, Cooper being white, the worsening of political correctness since the 1990s, or the greater severity of the punishment for racism that whites tend to receive, Cooper probably suffered more for his utterance.