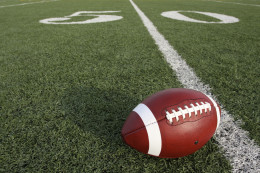 In 2016 pundits tried to explain the National Football League’s declining television ratings by stating that the presidential election served as a distraction to viewers. Ratings went up after the election, which seemed to justify this view. But now it’s 2017, and through the first three weeks of the season the NFL’s ratings are down [2] from last year, which itself represented a decline. They can no longer blame the presidential election.

Some have blamed black players such as Michael Bennett and Colin Kaepernick for protesting during the national anthem. Only polls will tell if their actions are causing fans to turn away.

A more plausible explanation in my opinion for the NFL’s low ratings in my opinion is the changing demographics of America. Most NFL fans are white — 72% to be exact [3]. Of these, many follow the sport out of love of the game but some do so out of a sort of civic spirit in support of their city. Nonwhite population growth in cities having NFL teams has caused many white NFL fans to leave said cities. Once these whites relocate to new cities, they are too old and tired to concern themselves with new city’s team, if there is one. Ratings trends show that in 2016 viewership fell with white Americans more than any other group, particularly white males aged 18 to 34 [3], which are perhaps those most likely to engage in white flight.

If white flight is causing ratings to decline, we would expect to see it most pronounced in the state with the most white flight. This is exactly what we see in California. It’s tough to compare racial estimates between official census years, but a good clue as to whether whites are leaving California is migration flow between states. According to the US Census bureau, California is second only to New York in having the fewest people migrate there from other states in the previous year. In other words, few Americans are moving to California, but many are leaving her for other states. The top states to which they’re going as compared with those states’ overall population are for the most part whiter than California. Consider that in 2015 the top per-capita recipients of California out-migration [4] were Nevada, Idaho, Oregon, Arizona, Hawaii, Washington, the District of Columbia, and Utah. Granted, Hawaii and DC aren’t very white, but one is rich in tropical environments and the other in lucrative federal jobs. The remaining states are some of the whitest in the nation, suggesting that California is shedding many of her white residents.

Meanwhile, the US Census Bureau estimates that 643,886 people left California in 2015 for other states while 514,477 moved there, a net interstate migration loss of 129,409. Yet the overall population grew by 334,811. This means well over 400,000 new people entered the state from births, which were about 75% nonwhite and foreign immigration which was mostly nonwhite.

The Bay Area is becoming increasingly nonwhite. There were a strikingly high number of empty seats [5] in the San Francisco 49ers first game in 2017. Across the bay in Oakland, the Raiders seem to be bearish enough about their future in California to commence with plans to relocate to Las Vegas [6] by 2020, a city which has almost twice as many non-Hispanic whites per capita.

Granted, another team, the Rams, moved to Los Angeles this year, but they left the shrinking city of St. Louis which has lost over 50,000 inhabitants since the team moved there in 1995. If anything, the move to LA has made things worse. Just like at the 49ers’ stadium, many seats were empty [7] in the team’s home games.

The Chargers also moved to LA this year but from San Diego, which has recently become a “hotbed” of soccer [8]. In my opinion, this is because of its growing Mexican population.

If the Chargers thought they’d find a more football-friendly crowd by moving to LA, they were wrong. The LA Galaxy, a professional soccer team, had more attendees [9] than the Chargers’ first exhibition game this season. The LA Chargers’ dismal attendance has continued into the regular season, where its stadium was filled with empty seats and fans of the opposing team, the Chiefs [10], which come from Kansas City, a city with more than double the proportion of white inhabitants of LA.

The changing demographics of California have put its pro-football teams in jeopardy because the races do not watch football at equal rates. On a per-capita basis, in the age group 18-49, Hispanics are 25% less likely to watch NFL games on television and Asians are 20% less likely. Meanwhile, whites are 17% more likely and blacks are 30% more likely.[1] [11]

Someone may object that Texas has a lot of Hispanics but still has two of the most lucrative NFL teams [12], the Cowboys and Texans, but let’s compare Texas’s demographics with those of California [13]. Of whites, blacks, Hispanics, and Asians, California has 38%, 5%, 39%, and 15%, respectively; while

Texas has 43%, 12%, 38%, and 5%. Thus, Texas has 13% more whites, 140% more blacks, 3% fewer Hispanics and 66% fewer Asians than California. If we assume racial inclinations to be uniform between the two states, California is at a 7% handicap on per-capita likelihood of its inhabitants liking the NFL, which is mostly because of having more Asians and Hispanics and fewer blacks and whites. This is compounded even further when we consider that Texas probably has a higher proportion of long-term resident Hispanics who have greater affinities for the white majority’s culture, including that of football.

In a funny way, the NFL is much like the Republican Party. They seem oblivious to the fact that their main audience is whites. NFL teams would do well to move out of California along with the white population rather than move into it.

Another reason the NFL is declining, which isn’t really region-specific, is that baby boomers are dying off and the new generation Z is the most heavily nonwhite demographic yet. Even among ages 18 to 34, there are fewer whites per capita than baby boomers and thus this age group is likely to generate fewer football fans, assuming football viewership is an inherently white thing.

Thus far we’ve examined why the NFL is failing more among whites, but we have yet to examine why it is doing so among all races. My best guess is oversaturation with the product has hit fans. Fantasy football, an addiction for many, rewards individuals who follow the league’s latest updates of which players have sat out games due to injury, which players are starting, and which ones will replace injured players or those who are underperforming. Diligence in keeping up with news really is the key factor, along with luck and a good draft strategy. Unless one is willing to spend at least twenty hours each week following headlines he probably won’t win his league. One can imagine the kind of burnout this would cause after a few years.

In general, with the development of the Internet the mystique of the game has faded. Players’ tweets are always on display. Multitudes of photographs of them can be found with Google Images searches. Sports commentators and announcers rehash the minutest details of their lives in the same spirit as those medieval monks who debated the number of angels who can stand on the head of a pin. The perception of NFL players as being mythical and unreachable figures has undoubtedly waned because access to their daily actions is a click away. In short, the part fans previously left up to imagination has been removed from the sport.

A final reason for the sport’s decline is probably the increasing relevance of race in an increasingly diverse America. The most racially-open (and naive) whites tend to be those who live in all-white communities, but there are fewer and fewer of those. Increasingly more whites are realizing that being around others like them is a good idea, and they no longer view black athletes with quite the same innocent, race-blind eyes.

Please check Counter-Currents again soon because I will publish an essay, “Why the NFL Should Be in Decline,” shortly.