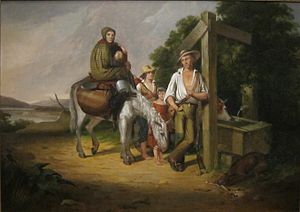 As of late, a great deal of debate has occurred on the Right concerning whether certain aspects of white-European history possess any relevance to the contemporary white racialist movement or not. For example, many have questioned the merits of the perpetuation of National Socialist ideology in the postmodern “West.” Most recently, the ire of the establishment and its multitude of shabbos goyim has been embroiled in the fabrication of a controversy surrounding the immorality, if not the outright “evilness,” of Confederate monuments. Iconoclastic controversies have a tendency to devolve into the demagoguery that characterizes plebeian politics, and in this regard the current debate is on par with past historical trends.

The politics of the establishment, of the Left, and of all previous plebeian political movements must, by their very nature, appeal to the lowest common denominator, the Nietzschean “Last Man,” and most glaringly his vanity and stupidity. The postmodern white world is fractured, atomized beyond recognition, and as such political pandering is often framed in moralistic terms, because postmodernism has destroyed all truth. Morality concerns the principles of what is right and what is wrong, and as such it is based on the abstract notions of belief, emotion, and sentimentality.

In Aristotle’s Politics, the philosopher argued that those who are held in thrall by the “bestial” desires of their senses are natural slaves. Natural slaves are individuals who have deprived themselves of a sense of agency, of the ability to exert will and manifest power. In short, Aristotle opined that he who is “by nature not his own but of someone else” is a slave.[1] [2] The current controversy regarding Confederate monuments is therefore exemplary of the natural capriciousness and servitude that characterizes the “slavish mentality” of the mass man.

Ironically, the Leftist demagogues who spew moralisms about the inherent evil of the Confederacy, ostensibly because of chattel slavery, are themselves perpetuating a more insidious form of the institution. Irrespective of one’s opinion on why the American Civil War occurred (was it fought over slavery, states’ rights, out of animosity between Celts and Anglo-Normans, etc.?), one point remains consistent: the Confederate States of America, and the antebellum South in general, represented a continuation of the Classical worldview that was based upon tradition, hierarchy, and ordered inequality. The removal of the Confederate monuments is symptomatic of a greater disease, one which seeks to not only erase our past, but to destroy our present as well.

The South has always been on “the wrong side of history,” fighting losing battles against egalitarianism, modernity, universal suffrage, and a whole host of other notions that we white racialists hold to be true. Moreover, Southern history is our history, and it is a people’s unique ethnocultural history which determines not only how we got to where we are collectively, but most importantly how we become who we are. The South was a North American manifestation of ancient Greece and Rome.  The South’s role as a manifestation of this tradition is evinced by its worldview, which revolved around respect for the authority of established forms over speculative ideas, a worldview which hearkens back to the time of the ancient Greeks.

Plato put forth the notion that the soul was “form” as made evident by intelligence and the higher, transcendent ideas of the cosmos, while matter, which was represented by the “material” world, was the mere “receptacle” of form, and thus fleeting and subject to change. The Weltanschauung of the South, of the classical civilizations of Greece and Rome, of Medieval Europe, and of our past was premised upon the centrality of this distinction, namely that there is a reality beyond our own and that we should emulate it here on the physical plane. Our forbears understood, respected, and paid reverence to this cosmic truth through the propagation of civilizational structures that were both hierarchical in orientation and inegalitarian in nature. Like the poleis of ancient Greece or the Roman Republic, and by extension the Confederate South, they served both as living embodiments and integral components of the natural cosmic order that their peoples so revered.

We white racialists are quite literally the last vestige of, the last hope for, and the conservators of a worldview which the enemies of our people, deliberately or not, have all but destroyed. We believe in a reality not solely fixated upon the material world because we are adherents of the natural order – of an ordered, unequal, and harmonious cosmos. Our reverence for it is illustrated by our adherence to the timeless principles of inegalitarianism and hierarchy, and it is from this that we as a people contribute towards the creation of a gloriously unequal and yet harmonious cosmos.

The philosophy of inegalitarianism is an intellectualization of the notion of difference and of the timeless concept of inequality, and as adherents of this philosophy, our people, like our Confederate monuments, are both Platonic “form” and “receptacle” made incarnate, and thus the living embodiment of our past, present, and future. As such, an attack on our monuments is not only an attack on us, but an existential threat to our very racial existence, and cannot be tolerated.

The Roman Emperor and Stoic philosopher Marcus Aurelius mused that “wisdom and right action are the same thing,” and it is doubtless that the destruction of our past is a sin that we must not tolerate, and that a proportional response, whether in the form of political activism or any other, is vital for the sake of our people.[2] [3] Historically speaking, iconoclastic controversies are always precursors to physical removal, and this is something that should concern even the most “conservative” of White Nationalists among us.

We as a people, we conquerors of the heavens and Earth, alone possess the unique historical agency to master our own destiny and change the course of our existence. This begins first by acknowledging that the Confederacy matters.