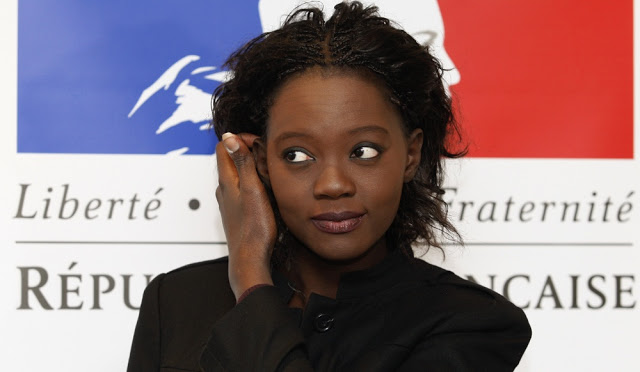 Much is often made in the movement about the different levels of IQ between races. I suspect it has a lot to do with the Extreme Left’s denial of biological difference when it comes to intelligence.The standard social justice warrior’s cognitive dissonance informs him (check for correct pronoun) that we are different on the outside, therefore we are the same on the inside. It has therefore become almost a default Rightist position to argue over who trumps who as regards intelligence quotients. While there can be no doubt that those on the Right are, factually, well, right, I also, however, see this as rather an unhelpful distraction from the real issues regarding race, which I will outline here.

The truth of racial difference in IQ is as well-known as it is suppressed. I do not wish to go into it here, but those who are unfamiliar with it can easily research the scientific work of Richard Lynn, James Watson, Helmuth Nyborg, Satoshi Kanazawa, and J. Philippe Rushton, among others. The bell curve of IQs with respect to the various races is given below. As a racialist, however, their work means little to me outside of a passing interest. Why so? Well, if one thinks about it, their assertions are only relevant to the so-called “civic nationalist,” because their argument is that the people immigrating into the Occident from the Third World are incompatible due to the industrial nature of Occidental life requiring higher mental capabilities. This means it follows that non-whites with higher IQs immigrating into the Occident is perfectly acceptable. Indeed, the likes of the ubiquitous Tommy Robinson and Milo say just that. And this is the reason they are pushed as the voices of dissent in the media — because they do not represent real dissent. Real dissent would be that the races of men are fundamentally different in mentality, regardless of IQ. How so? Well, to illustrate what I mean, I will take a very high-IQ Negro as a case study, in this case, the “French” politician Rama Yade, pictured above.

Rama Yade was born in Senegal, is ethnically Lebou, and has typically Lebou physical characteristics: tall, slender by sub-Saharan African standards, very dark-skinned, with a longer rather than rounded face with high cheekbones and a high forehead. Both her parents were professors from the upper-middle class, her father also having been a diplomat and personal secretary to Senegalese president Léopold Sédar Senghor. She thus comes from good stock as regards intelligence, which supports the societal bell curve observed by Richard J. Herrnstein and Charles Murray in social class upon which the racial bell curve is based. Her high intelligence was demonstrated when she studied in a classe préparatoire at school and got into one of the grands établissements, which is where the intellectual elite go in France, as opposed to the universities. She qualified in political science and on merit, for the exams in these institutions are very demanding — even the entrance exams to actually get into one.

The ideal situation would have been for her to return to Senegal and be a credit to her own people, but her parents had also later immigrated to France. Yade embraced the false god of multiculturalism, with all of its inherent contradictions. It had not helped that Senegal’s aforementioned president Senghor had married a white Frenchwoman, nor that she had been born into a Muslim family, attended Catholic School, and finally married a Jew. She has also tirelessly campaigned for the interests of minority groups against the interests of the white French — and this while also in the UMP, France’s allegedly conservative party. She has libelled and slandered her truly conservative peers and has been sued and convicted for her antics. Her high IQ has, then, been used to destabilize French society and promote disintegration and undermine cohesion.

Are there, then, any ethnically Others who can integrate into white European societies? The simple answer is no. Their Otherness will always be a barrier because of intrinsic difference. Merely because a Negro, Oriental, or Jew has a high IQ does not mean that he thinks more like a white European. The irony is that a libertarian is more a racial supremacist than a White Nationalist in this regard, because his assumption is that his society is universally and objectively the best and can be bestowed upon the “right kind of ethnic minorities.” He then seeks to cheat Nature by creating an artificial society of high-IQ individuals. But a high-IQ Negro still thinks like a Negro and a low-IQ white European still thinks like a white European, and given a racially homogeneous society dictated by Natural Order, each race will form a pyramidal society where everyone has their place and can find contentment. Can I prove all this? Well yes, quite easily — with aesthetics and religion. This is the very reason those ruling the Occident have sought to do away with aesthetics and religion, because the differences in traditional aesthetics and religion between racial groups prove racial difference in mentality. It follows that because people look different, they think differently and that this will be expressed in their art and spiritual discourse, of which art is in any case a part. Because we look different, we represent ourselves differently and our gods take different forms, as spiritual extensions of ourselves and our understanding of the forces of Nature. Why do the Abrahamic faiths forbid the graven image? It is because the Semitic god Yahweh wishes to be the only god, the ultimate globalist. This is why European aesthetics continued not because of Christianity, but in spite of it, and why ISIS destroy works of art from the ancient world. With indigenous art forms, the portraits of the self remind us of who we are and how we should look, for the first law of Nature is survival. In the new globalized world of the Left, healthy norms of body shape, gender, and of course race are to be eschewed. This has led to mass discontentment, where Negresses are straightening their hair and wearing Caucasian hair extensions and white European women are tanning themselves and wearing dreadlocks. Negro men are displaying the worst criminal behavior in rejection of an alien quasi-European society, while whites become wiggers in imitation of this behavior that is pushed as cool through MTV and Hollywood. And black conservatives try to act white and white Leftists end up like Rachel Dolezal.

To return to the question of IQ, the artist has until recently been of high intelligence. Yet to allow a True Artist into the fold from another race would be disastrous, for he would reshape the understanding of the world in his own image. This is the same to a lower level with lower-IQ individuals. Everyone has an understanding of the world that is normative to him, based upon his own ethnic tradition. What multiculturalism borne of multiracialism does is to replace this logos (which is not universal, but ethnic) with a constantly shifting schizophrenic chaos. The Left do not dispute this and their art is its confirmation. Witness the latest trend of transcultural literature, such as that by the author Julya Rabinowich below:

This sort of literature focuses on the typical SJW Leftist obsessions with the struggles with the very problems those Leftists themselves have artificially caused, in this case the schizoid nature of multiracialism and multiculturalism within a single human being. This is the insanity and nastiness of the Left, that in their promotion of miscegenation, they would subject people to this completely unnecessarily and find amusement and titillation in their condition. If moderate liberals cannot care for their own people, at least spare a thought for Rama Yade’s daughter: half-Negro, half-Jew, growing up in a nominally European society, high-IQ . . . and completely and utterly mad.