Girls on Film:
The Predominance of Pornography 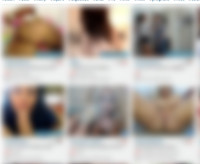 The wise F. Roger Devlin once commented that since “Cosmopolitan is the top-selling magazine in American college bookstores, it is not too much to call it an important part of an American woman’s education.” The observation served as a critique of those who ignore that magazine when peering into the mind of the American woman. If Dr. Devlin’s view is correct (and it seems hard to argue that it is not), by the same token pornography should be considered an important part of an American male’s education. As such, it is worth taking a closer look.

Before casting an analytical eye on the topic, it is first necessary to restate one obvious fact, and dispel one undying myth.

Furthermore, the dip in profit is not going to grow; in another decade or so it will reverse and the money to be made will be even greater than it was pre-2006. For one, there appears to be an inherent floor in how much an industry can shrink because its product can be spread online for free; otherwise the music and movie industries would have completely collapsed by now. Second, there is “live streaming” in which one pays to see some permutation of porn live by way of personal computer. The technology is here and it’s starting to happen, and people pay for this. The profession of “cam girl” – a self-employed girl who masturbates live via the web – now seems to be a regular pit stop for college drop-outs, and the sites that host these girls are multiplying like mushrooms.

In the case of hardcore pornography, things are getting more hardcore, I promise. Here I would like to warn readers, I am going to give some examples to prove my point, and before you read on, remember that you won’t be able to unread it. Feel free to skip to the paragraph below.

All of the charges I have laid out above are attacked regularly by a very strange alliance: libertarians, “pro-sex” feminists, anti-Christians, and status quo-supporting liberals. Do not believe them, and do not kid yourself. Porn is getting more extreme, it distorts the way you see the world, it twists and damages your natural sexuality, and it is addictive. To boot, the people who make it get rich off of it. Perhaps it should come as no surprise that it has suddenly become available 24/7. I used to know a pothead who always joked, “Capitalism’s greatest trick was to start making things free.”

And that’s not all. Despite all the bad outlined above, the topic many readers had in mind when they clicked on this essay still hasn’t been broached: porn and race. I will start by saying that most of what you hear is true. The number of Jews involved (producing, directing, performing, etc.) in pornography is astounding. Andrew Hamilton and E. Michael Jones have both written about this at length, as well as Jews themselves. The reasons for this connection have been gone over enough times that rehashing them here seems superfluous. In addition to the three sources above, I would recommend digging through the archives of Heeb magazine, a Jewish website that gives quite a bit of attention to pornography. Their interviews with prominent contemporary Jewish pornographers like Joanna Angel (where she wonders why, as a Jew, she says “Jesus Christ” so much in her scenes) and Lee Roy Myers (who admits to taking his name from a Black artist) and of particular interest. Also of note is the website “Jewrotica” and the now defunct blog “Seductive Jewess” that can still be viewed through the WayBack Machine. In short, pornography is an easy way for Jews to undermine Christian morality, bourgeoisie taste, and the healthy sexual instincts of a given host population they are at odds with (i.e., us) – while also being quite lucrative. Anyone interested in lessening Jewish wealth and power should be interested in attacking pornography.

Miscegenation is, of course, another facet of pornography much discussed in our circles. Without a doubt, pornography portrays the act in a positive light, particularly between black men and white women. Walk into any smut shop and you will see a huge section devoted to “interracial” sex – almost entirely dedicated to the black man/white woman pairings. The only two other pairings that have a sizeable number of titles to their name is white man/asian woman and white man/black woman; there is a pittance of everything else. There does not yet exist a meaningful Mexican, Hispanic, or mestizo genre. Videos that fetishize that look certainly exist, but there are surprisingly few given how large Hispanic America has grown in the last two decades. Porn does fetishize Brazilians, however, by which they mean people who are a mix of European, Amerindian, and Black African.

For the record, while all of this is certainly demeaning to whites, I would say that it is more or less equally demeaning to every other race as well. Black men are portrayed as little more than gorillas obsessed with defiling perfect and angelic white women – probably not something either the Nation of Islam or the ghost of Marcus Garvey could get behind. Asian women are portrayed as stupid prostitutes, Asian men as anemic adolescents, etc. Porn seems to have a unique ability to demean everybody more or less equally – perhaps not surprising considering everyone is reduced to genitalia and orifices.

One curiosity about the intersection of porn and race is the high number of Italians involved in all levels of the industry (like Jews), but overwhelmingly male (unlike Jews). Some of the most prominent names over the years have been Mike Adriano, Gerard Damiano, Bob Guccione, Rocco Siffredi, and John Stagliano. A list of less famous Italians would be obnoxiously long. What accounts for this, I do not know, but ignoring it does seem hypocritical. The Nordicist theories of Madison Grant and Lothrop Stoddard, of course, come to mind, but I’m not entirely convinced and will leave the matter for readers to ponder.

« The Affirmative Action Hoax, a Review