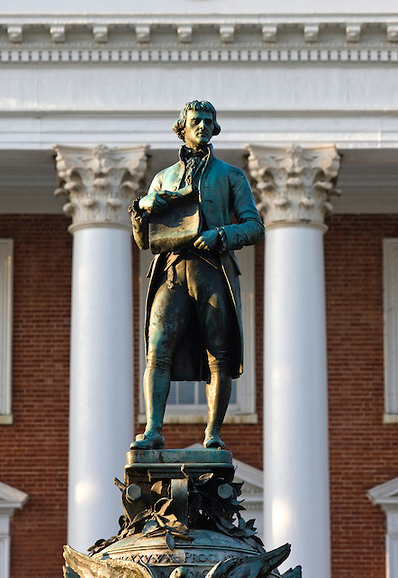 “I fear that I have awakened a sleeping tiger.” — Admiral Isoroku Yamamoto

One of the consolations of old age is the advantage of historical perspective, of obtaining a degree, at least, of self-awareness and objectivity. Old men seldom laugh or weep, not due to emotional dysfunction, but because at a certain age one has seen it all, and very little comes as a surprise. Generations of humans come and go, but human nature remains fairly constant. As such, as one ages historical and behavioral patterns become more easily recognizable.

One of these patterns is the realization that—contra Dale Carnegie, Norman Vincent Peale, Joel Osteen, and all the other positive thinking hucksters out there—first impressions are almost always wrong. The Unite the Right Rally at Charlottesville on August 12 was initially viewed as a catastrophe for White Nationalists. The news coverage was universally condemnatory, the optics horrible, and the lack of an effective response to the unconstitutional actions of Virginia governor Terry McAuliffe and the Charlottesville city council made Unite the Right appear to be “The Gang that Couldn’t Shoot Straight.” One can make the same claim for the attack on Pearl Harbor. Here was a stunning defeat for the United States, but as the Japanese invasion fleet was steaming back home in triumph, Admiral Yamamoto was depressed because he realized that the failure to deliver the killshot to the American fleet meant the inevitable defeat of Japan.

Charlottesville was supposed to be the killshot that took out white advocacy for good. The Democrats and their Republican junior partners in the nation’s uniparty political establishment couldn’t sprint fast enough to the nearest mainstream media microphone to denounce as a Nazi anyone to the right of Nancy Pelosi. The cucking was of such a transcendental nature one came away with the feeling that if Mitt Romney or John McCain had been successful in their presidential bids they would have awarded the Presidential Medal of Freedom to the membership of Antifa.

Yet, in less than a month, Antifa has been revealed to be a criminal organization and has been designated a terrorist group by the federal government. Antifa has become such an albatross for the Left that Nancy Pelosi and even certain organs of the Lügenpresse have been forced to distance themselves from the Soros-funded band of trust-fund terrorists. President Trump’s initial denunciation of Antifa now seems prescient. Once again, Democrats and the GOP establishment have been deprived of an issue that in their fevered and fetid imaginations they believed would leave to Trump’s downfall.

The news keeps getting worse for the Left. Due to unforeseen blowback, the city council and mayor of Charlottesville are now accusing each other of incompetence in the ordering of the police to stand down during the Antifa attack on the Unite the Right rally. The head of the Virginia State Police now directly contradicts Governor McAuliffe’s narrative about the events of August 12, and normies who had been dismissive of White Nationalists before are now beginning to view it as a reasonable alternative to the communist thugs of Antifa.

Furthermore, the rally in Charlottesville forced the Left to reveal its strategy and tactics. They will not be able to replicate the events of August 12. And so heavy-handed have been the attempts by the corporate allies of Antifa to deplatform and defund white advocates that even Leftists are starting to worry about civil rights and personal freedoms in an America beholden to a hammer-and-sickle corporate oligarchy.

This brings us to the second historical pattern that is applicable to Charlottesville: the Left always overplays its hand. This tendency by the Left to double down when it smells blood appears to be congenital and is undoubtedly rooted in the Left’s cosmopolitanism. Lacking self-control and self-awareness, bereft of logic and wholly consumed by an inchoate sense of rage, the Left lacks the patience and discipline to hold its fire. The self-loathing of most leftists contributes to a self-destructive quality that is peculiarly left-wing in nature.

By attacking innocuous gatherings in Boston, San Francisco, Seattle, and elsewhere in the days following Charlottesville, the Left has shown itself to be against free speech in general, not just the free speech of white advocates. By calling for the removal of statues commemorating Union heroes as well as those of the Confederacy (as well as those having nothing whatsoever to do with the Civil War), the left has shown that it is not only anti-Confederate but also anti-American (which is to say, anti-White). In the last month, the Left’s Antifa shock troops have done more to radicalize normies and send them in the direction of White Nationalism than would have been thought possible just a few months ago.

The wave of deplatforming and defunding is also a case of the Left’s inability to control itself in the midst of a blood frenzy. If they had done this in a slower and stealthier manner, the Left would have probably had greater success. The Left’s ham-fisted tactics have caused white advocates to accelerate tech development programs and has engendered a spirit of cooperation hitherto not seen among movement’s various organizations and factions. While the Unite the Right rally never got off the ground, ironically, the unethical behavior of the corporate Left has actually brought about real unity on the Right. For example, not everyone is a fan of The Daily Stormer, but everyone admires the heroic efforts of Weev and Andrew Anglin in keeping their website up and running, thereby giving a giant digital middle finger to Google and its Silicon Valley cronies.

This should give the Left pause: If Weev and Andrew Anglin can run rings around a Leftist behemoth like Google, imagine what a united Right can accomplish. But the cosmopolitans at Google can’t stop. Now they are threatening to deplatform and defund anyone who has the temerity to write an article criticizing Google, even if the author is an avowed Leftist. By overplaying its hand, Google has accelerated calls for it to be regulated as a public utility and to be broken up by anti-trust action.

In the end, the billionaire would-be Che Guevaras of Silicon Valley are going to destroy themselves. Like most cosmopolitans, they lack circumspection and a sense of proportion. Patience and perseverance, being virtues, are qualities that the Left lacks but are the chief weapons of a vigorous and unified Right. What appeared to be an insurmountable loss for the Right on August 12 is now being seen as a Pyrrhic victory for the Left. And as King Pyrrhus of Epirus said of his victory so many centuries ago: “Another such victory and I am undone.”

Three cheers for the undoing of the Left.