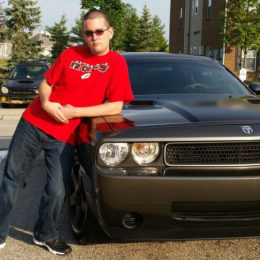 A 20 year old named James Alex Fields, Jr. rammed his Dodge Challenger into a group of people during the Charlottesville March this past Saturday, August 12, 2017, killing one. The interesting thing is that if he had been a Muslim doing it for the sake of jihad, the media and academia would in response be promoting a narrative that we should not allow this attack to be used to malign Muslims across the nation because most Muslims, according to them, are law-abiding people of good will. But the mainstream media does not afford white nationalists the same treatment as it does Muslims. Politics in America are moving increasingly to a tribal level, and the leftist media have sided with Muslims and against white nationalists.

Another event similar to this one occurred when Micah Xavier shot and killed five police officers at a Dallas Black Lives Matter rally. Xavier sympathized with BLM’s stance that police across America were unfairly targeting blacks, perhaps in the same way Fields may have sympathized with the Alt Right’s beliefs to an extent which we still have to discover.

Following the Dallas shooting, the Huffington Post’s Lilly Workneh wrote an article imploring readers not to blame Black Lives Matter for the murder. She rested her case partly on the assertion that BLM was officially pro peace.[1] [2]

The leaders of the Alt Right, including Mike Enoch of the satirically named Daily Shoah podcast, explicitly called for the march to be peaceful prior to Saturday.

Would we expect a Huffington Post writer to defend the Alt Right on the basis that Fields’ belief in murdering opposition was not reflective of that of the Alt Right leadership?

On the contrary, we can expect the left to try not to let this crisis go to waste. Their efforts to capitalize on it in the court of public opinion, of course, need to be met with effective counter arguments, but it is also important for white nationalists not to become discouraged by this event.

To understand why this might happen, we first must understand some common psychological traits among them.

In a previous article, James Dunphy identified many white nationalists [3] as INTJs on the Myers-Briggs scale. Rather than go into detail about what that means here, I will simply state that it is the most likely to be male of all the types, and in one study it was one of the most likely to identify with the Republican party and one of the least likely to identify as Democrat, and from this we can conclude that it is probably one of the types most prone to right-wing beliefs. It is also, according to some sources, the second most intelligent on average of all the types and frequently found among geniuses like Bill Gates and Elon Musk. I also stated that many in this type are likely to be Enneagram Fives. To put it succinctly, Fives are an “intense, cerebral​ type” but also prone to caring a lot about their reputation. Because of this, Fives can sometimes feel very uncomfortable when others attempt tarnish their reputation. It is important for such individuals on the Alt-Right to realize they have this tendency and that the left, seemingly instinctively, seeks to exploit it. Such white nationalist need to recognize this tendency and not give in to the Left’s attempts to not let this crisis go to waste.

In all fairness, the right has sought to not let crises go to waste either, most famously with the case of Trump seeking to enact the Muslim ban several days after a Muslim terrorist attack. I have commented before on the kind of game of tag the left and the right play between terrorist attacks. It is rather nauseating, especially when the left does it because they do it with a little less truth.

BLM leader Shaun King, whose white appearance would seem to qualify him as a potential white nationalist, seeks to brand white nationalists as the new face of terrorism with a recent tweet. His assertion is as accurate as his skin is black. Muslims are more likely to commit terrorist attacks than right-wing white males. The New York Times has posted at least one article that is misleading when describing the true comparison of attacks by each group, but in order to understand that one needs to be able to understand math, a subject with which most BLM supporters probably struggle.

What really matters in all these conflicts is that white nationalists are correct that an all-white nation would be more harmonious for whites. They have quite natural desires to live in a nation that would provide an optimal quality of life for them and other members of their race. Playing defense against attempts to undermine white history as the demonstrators in Charlottesville sought to do is a symbolic step toward this goal.