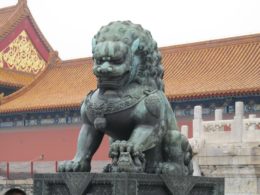 The following text is the basis of a talk that I gave to the Scandza Forum in Oslo on July 1, 2017. Because time was short, however, I dispensed with the written text and spoke extemporaneously on the topic.

The other kind of postmodernism comes out of literary and cultural studies and refers to an attitude toward culture, which is characterized in two ways: by eclecticism and by irony.

I would like to argue that those two attitudes are profoundly subversive of identity. Since White Nationalism is all about defending racial and cultural identity, we need to have a sense of what’s wrong with postmodernism. What’s wrong with cultural eclecticism and irony?

What does it mean to be eclectic? Eclecticism today basically means multiculturalism. To be eclectic is to lack a unity of taste and style. Instead, one’s tastes are diverse and all-encompassing. Now what’s wrong with that? Isn’t it possible to like a little bit of everything?

One can arrive at broad and eclectic tastes through authentic or inauthentic paths.

The inauthentic ones are far more common. First, if one has no real tastes at all, eclecticism is the default position in an increasingly multicultural society, in which we are bombarded with opportunities to buy decontextualized artifacts from other cultures, and some of them are bound to stick. Second, eclecticism can follow simply from an ideological commitment to multiculturalism and inclusion. Third, eclecticism can be adopted simply as a currency of social signaling to gain status.

You might decorate your apartment with little kilim pillows from somewhere in the Middle East. You might have a little Buddha figure on a shelf and some “World Music” sampler CDs you bought at a chain coffee shop, and you’d feel like you’re a better person because of all that. You’d preen and congratulate yourself on your openness to different cultures by visiting certain boutiques, or flipping through catalogues, and buying things that are produced by other cultures. You might gush over the mawkish folk art of South American Indians, but you would never surround yourself with folkish décor from your own society. In fact, you’d look down on it as “kitsch,” which is a tasteless counterfeit of beauty.

What unites the inauthentic forms of eclecticism is that they really have nothing to do with taste and everything to do with social conditioning, social signaling, political ideology, and market forces.

The authentic path to developing broad and eclectic tastes is actually developing taste in the first place. And taste, by its very nature, forbids most forms of eclecticism.

What is taste? Taste is, first and foremost, a faculty of discrimination, of seeing differences, and not just any old differences, but differences of quality and rank. Thus, by its very nature, taste overthrows the multiculturalist commandment to be undiscriminating and eclectic. To like everything indiscriminately is not to have eclectic tastes. It is to have no taste at all.

Taste is often said to be subjective, but this is false. Taste is a faculty of perceiving real distinctions in the world. Judgments of taste are often thought to be subjective because it is not possible to fully articulate exactly how one perceives these distinctions. Thus it is not possible to codify principles of taste and write them down. But taste is not subjective simply because you can’t learn it from a textbook. One can learn taste only through direct comparative experience, and the best way to do so is under the guidance of someone with more refined tastes who can draw your attention to objective differences that you might otherwise have overlooked but which, once seen, cannot be unseen.

Thus the development of taste presupposes a tradition, a set of practices developed and refined in the crucible of experience and passed on by apprenticeship to new generations. An education in taste is just one aspect of enculturation, that is to say, the propagation of a culture through time.

A culture is ultimately an outlook on the world, a worldview that exists not just in the form of abstract ideas but also concrete social practices and artifacts. As a worldview, every culture gives us access to the same common world, but from a distinct perspective shared by a group of people. To have a culture is to share something in common with other people. To have a culture is to see the world in the same way as others. A culture is a unity. And, as Nietzsche points out, cultures express their inner unity by a unity of style.

This was illustrated to me most strikingly by Chinese dog breeds. Chinese guardian lion figures are ferocious and highly stylized. But through selective breeding, the Chinese have imposed that style even on their dogs. From large Chow dogs to small Shih Tzus and Pekinese, they have the same short muzzles, deep chests, regal bearing, and mane-like hair. Indeed, Shih Tzu just means “lion dog.”

Culture, moreover, is a core component of our identity. Biology provides the hardware, but our native culture and mother tongue are the basic operating system, the framework in terms of which we experience the world.

If having taste presupposes enculturation, and cultures are characterized by a unity of style, and our culture is at the core of our identity, what should one’s attitude be toward eclecticism? If one has a healthy identification with one’s own culture and well-developed tastes, one will quite naturally find foreign cultures distasteful, ranging from mild discomfort with slightly different cultures to strong distaste for radically different ones.

Now this claim will sound shocking to educated Westerners, but these very people are quite comfortable expressing distaste for the lower classes of their own societies even as they gush over the crude handicrafts of Third World peasants. But this sort of eclecticism is actually a manifestation of cultural decadence. Eclecticism presupposes a lack of taste, based on a lack of enculturation. A lack of enculturation means lack of identity with one’s own culture, an alienation from it that permits the loosening of its unity of style and the infiltration of foreign elements.

But isn’t it possible to have a genuine and healthy appreciation for the creations of other cultures? And isn’t this a very white thing to do? Indeed, arguably this is part of the process of enculturation, for the bulk of European high culture is foreign to any particular European folk culture. But it is an even greater stretch to genuinely appreciate non-European cultures, and to be authentic, such an appreciation must be solidly grounded in one’s own culture and taste. Such an achievement is about as rare as being fluent in a foreign language. In other words, it is an achievement of elites and can never be a characteristic of a mass society.

The eclecticism of the masses, by contrast, is simply what one would expect from barbarians and philistines reared in multicultural consumer societies. Does such multiculturalism give you a genuine taste and appreciation for other cultures? Of course not. It simply makes one a consumer of dead and decontextualized cultural artifacts, which function simply as tools of social signaling.

As with all other forms of multiculturalism, eclecticism is not really promoted because it enriches us, but because it impoverishes us. By embracing eclecticism and multiculturalism, you don’t really gain the exotic; you simply lose the familiar. You don’t gain the whole world; you simply lose your sense of home. You don’t really encounter foreign cultures; you just alienate yourself from your own.

Eventually, though, if that process is continued to the nth degree—and nobody is opposing that today except reactionaries like us—there will be a new unity of style. Namely, everything is going to be turned into a homogeneous gray consumer goo. As cultures mingle and jostle and rub together, all their differences will be erased, and the new universal style that emerges will not be the product of any particular people and its genius, but a least-common-denominator precipitate of all the peoples in the world who have had their unique cultural identities erased.

So, when people extol cultural eclecticism—embracing and fetishizing cultural differences—I want you to hear it as a threat to your cultural identity. When I hear people talking about eclecticism, I reach for my revolver. That’s the attitude that you should have as well.

In the sequel [3], I will explain why ironism is also incompatible with healthy cultural identity.