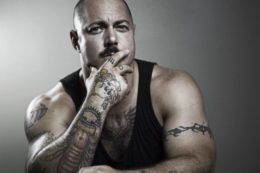 As Vox Day and many others have pointed out over the years, the concept of “white nationalism” is a distinctly American notion. Europeans are “British Nationalists,” or they support “Germany for the Germans.” In fact, there are few things more hated by Europeans with a sense of identity than the European Union.

This hatred is exacerbated by the EU’s support for immigration, but it would exist just as well without floods of migrants pouring into the country; if anything, it redirects their attention away from Brussels.

Jack Donovan stirred the pot in the White Nationalist movement when he publicly declared that he was not one of us [2] in the end of May. By “us,” of course, I mean people who have, at some point or other, called ourselves White Nationalists and still hold the general beliefs about identity, race, and culture that drew us to this movement.

The general response was, of course, negative. No one wants to be disavowed, condemned, or mocked, especially by someone charismatic and relatively influential.

Aside from the emotion, there seemed to be some critical arguments Donovan had neglected. Isn’t there strength in numbers [3], after all? Strength that we would be giving up by limiting our “tribe?” And if you refuse to take pride and ownership of the accomplishments of your culture, your ancestors, and your people—if you refuse the gifts that have been handed down to you as a legacy [4]—don’t you forgo the very basis for civilization, perhaps for survival itself?

These are powerful arguments, and contain cores of truth that are essentially inarguable. Strength is fundamentally derived from social organization, because we are social organisms. Working together is what we do. And part of working together is working across times and generations, benefiting from the dead, and bequeathing benefits to those not yet alive. We, in turn, carry on the life of those deceased in our own DNA, in hopes of our descendants picking up the torch where we drop it.

But the arguments for large-scale statism are a step beyond mere social organization. The logic of strength through cooperation outside of your nation is contingent upon a shared loyalty and sense of identity in that nation. While the nation can achieve this in short stints, through the organic frenzy of revolution, through social manipulation, or at gun-point. When these things begin to fail, the State is already dead, even if it has a few convulsive steps left in its legs.

This is a brief summary of the premise behind Fifth Political Theory [5]. It’s like becoming barbarians, but it appeals to a slightly different crowd.

Could the Wolves, Hell’s Angels, and other, similar organizations be conquered by the United States Military? Easily. But at what cost, and for what benefit? What do the Wolves have that the US Government wants? And how much would the Government have to spend to attain it?

The scaling problem of using the state monopoly of force has been compounded in recent years by technology, especially the internet. William S. Lind and Lt. Col. Gregory Thiele explain some of these changes in their handbook on the subject [6]:

But today, war is changing faster and on a larger scale than at any time in the last 350 years. Not only are we facing rapid change in how war is fought, we are facing radical changes in who fights and what they are fighting for. All over the world, state militaries find themselves fighting non-state opponents.

This kind of war, which we call Fourth Generation war, or 4GW, is a very difficult challenge. Almost always, state militaries have vast superiority over their non-state opponents in what we call “combat power:” technology, weapons, techniques, training, etc. Despite this superiority, more often than not, state militaries end up losing.

These state forces keep losing, mind you, to relatively untrained tribes in rural parts of the world, who have not read Lind and Thiele, and who may not have eaten a full breakfast today, or even seen—let alone used—a bench press. How possible would it be for a government to enforce its will on the well-read, well-trained quasi-militias of the North American continent, like the Mafia, Hell’s Angels, and the Wolves?

The strength of size is subject to rapidly diminishing returns, and more rapidly diminishing in this century than in the last. The question then is about the nature of different types of political organizations, specifically as these natures relate to size. Which sort would you want to be a part of? Which size of a group would you be afraid to be in? Which would be uplifting, challenging, or lonely?

If biology has any say in the matter, it is that smaller is better [7].

Without white people having an interest in “white America”—not because it never existed, but because it is dead—and without the advantage of military strength, on what grounds should we call ourselves “white nationalists?” In the most semantically precise sense of the word, it may be accurate: nation, after all, refers to a people, and is separate in meaning from the geopolitical entity we call a state. But for most people, “white nationalist” means “white statist,” especially if that state happens to look similar to the United States in its current shape.

Most white people do not have the space in their heart to accommodate all other white people. We all get the math when its applied to non-whites, but there are a whole lot of other white people out there too, even when you discount the liberals and the ones with purple hair.

The feelings of patriotism and national pride that we experience on public holidays like July 4th, or on days of remembrance like December 7th or September 11th, are truly powerful things. Sometimes, it almost feels strong enough to hold the country together. In Greek city-states, they may have served exactly that purpose very effectively. But today, in a country of 330 million—of whom functionally 0% had ancestors at Pearl Harbor or the Twin Towers, let alone the Revolution—it all feels a bit commercialized and put on.

Tribes that know who we are draw us out of ourselves and transform us into the best people we can be. Taking up this responsibility is not a rejection of our ancestor’s gifts, but an acceptance of them, with the obligation that those gifts carry. Nor is participating in a tribe a rejection of the strength of a group. It is axiomatically the opposite.

Tribes are where we were born as a species. They are what we long for when we watch TV, we approximate the social feeling of a tribe in the dorms of college, which many people describe to be the happiest days of their life. Tribe is not just better; it’s human.

We face a common enemy today—several in fact. The left and its cancerous ideologies, the logic of an internationalist consumer ethic, and militant Islam, all variously carve away at the various components of white civilization. These are non-state actors of the worst kind, far more difficult to deal with than a tyrannical state, and are not subject in the same way to the strategies and tactics of 4th Generation Warfare. We should all be concerned that failing to hang together against these threats may mean we all hang separately. It is on this matter, I think, that the importance of the question of “white nationalism” rests.

Adapting a tribal, barbaric—or 5th Political Theory—identity is not antithetical to joining together against a common enemy. Forming alliances is among the oldest of human strategies for winning conflicts, and a loose, decentralized alliance among right-wing, identitarian groups is not only possible, but stronger than forming a single, cohesive organization. We can see this strength in application just within the last few years.

You don’t need to care about or play video games to care about #GamerGate. All you need to care about is that a loose group of gamers decided to take on Academia, the media, and a significant portion of the game development community at the same time. They fought a culture war, won it, and laid the groundwork for the Trump social media campaign that was to follow a year later. They did this all without leaders, without structured organization, or formal alliances. In other words, they fought a 4th Generation War against the business equivalent of a state actor. And they won.

Why shouldn’t whites do the same?

Towards this end, whites should work at a local level to establish healthy and functional communities: tribes that challenge and enrich each others lives. They are agile, adaptive, and bring out the best in their members, from whom they derive their strength.

In pursuit of defeating the common enemies, whites should also adapt a code of behavior—a sort of political etiquette, really—so as to make our nation as inhospitable, as annoying, and as dangerous as possible for our enemies, through the all-to-human power of intergroup cooperation.

The following is a very rough list of rules for the success of New Right [8] organizations. It is by no means complete, but just a head-start for the sort of code of etiquette we will need to be successful. I have designed them to emulate Jante Law [9] and Vox Day’s 16 Points [10], in that they are non-binding, but descriptive, and should facilitate cohesion and cooperation among discreet and different groups in a new political order [5]:

To Jack Donovan, we may owe an apology. But to our people, and to our children, we owe a community that they can be a spirited part of; a gift that they can be proud of and can call home. We owe them, and we owe ourselves, a tribe.