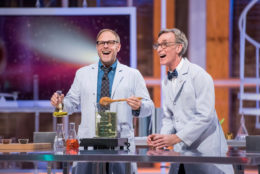 [1]It has baffled me for a long time why scientists, among all people, are among the most fervent proponents of egalitarianism and race denialism. This phenomenon is more salient in the humanities and social sciences, on which many would have a second thought before qualifying them as “science.” Nevertheless, the same is true for the hard sciences as well. Especially mind-boggling has been the denial of the biological underpinnings and heritability of race and sex differences in intelligence and behavior. After all, if one accepts the central tenets of evolutionary biology and population genetics and regards the brain as just another organ subject to the laws of biology, it shouldn’t be so difficult to figure out that since different human population groups inhabited different environments and hence were subjected to different evolutionary pressures for tens of thousands of years, their brains should also have evolved differently, leading to genetically-determined differences in intelligence and other behavioral traits best adapted to their ancestral environments.

Jewish subversion of academia is of course a salient issue which played a crucial role in race, and more recently sex, denialism. However, Jews are not as vastly overrepresented in biological science faculties as they are in the humanities. Had there been enough will on the part of gentile biologists, they would have easily countered and smashed the flimsy race-denialist sophistry of the likes of Steven Jay Gould or Richard Lewontin. This therefore indicates a willing acceptance of the egalitarian worldview by most white biologists and geneticists, in spite of all the data at their disposal arguing otherwise.

In order to understand this baffling phenomenon of race and sex denialism by scientists, we should search for clues in the subconscious domain – i.e., why it is that most of them are instinctively inclined to deny these uncomfortable truths.

In spite of all that Enlightenment philosophy might allege, decision-making and adherence to a certain worldview primarily involve subconscious urges rather than objective evaluation of evidence. Humans therefore do not principally differ on this essential point from other animals. In most cases, our knowledge and rational argumentation primarily serve to affirm our pre-existing beliefs, which in turn are formed by our subconscious urges and proclivities, rather than to change them or replace them with new ones.

In order to figure out the nature of race denialism among scientists, we have to understand what kind of subconscious urges correlate with the desire to study science and/or follow an academic career.

Nietzsche can offer us a glimpse into the roots of this problem. He states that those who tend to systematize and try to understand natural phenomena have difficulties in partaking in them themselves, especially with regards to human nature. He claims that those who try to understand it systematically are driven to do it because they lack that natural, instinctual virility in the first place.

It follows, then, at least in modern times, that those who are inclined to choose scientific disciplines are also instinctively inclined to reject natural hierarchy and inequality, and the overwhelming objective evidence and rational considerations, which they are expected to uphold, are not enough to influence them.

This presumes low average testosterone levels among scientists, and given that the liberal mindset correlates with a more feminine brain, this can explain why most scientists lean liberal in spite of all the contrary evidence which should be enough to debunk their worldview.

More is needed to explain this phenomenon, however. After all, until very recently (and even now in some cases), there have been scientists exploring and systematically affirming inherent race and sex differences in intelligence as well as in other behavioral traits. Even if we assume lower than average testosterone levels among academics, they are still high enough to permit the objective affirmation of the natural order and the hereditarian worldview.

Until very recently, it was hard to become a scientist and the decision to pursue a scientific career involved a willing renunciation of many worldly comforts for the sake of the quest for the truth and explaining the mysteries of the universe, including those of the human brain. People choosing an academic career were therefore highly dedicated individuals undaunted by the prospects of low living standards and hardship. Their main guiding force was finding the objective truth. Such character traits presuppose decent amounts of testosterone in the body and a sufficiently masculine brain.

Things began to change as education became more and more accessible and began to be regarded both as a “right” and a symbol of higher status. More and more people started choosing science not primarily because they were interested in understanding human nature, but because this offered them a sense of superiority over their less educated peers and the opportunity to flaunt their academic degrees. Soon, in academia, those genuinely seeking knowledge were numerically overwhelmed by those who saw it as an opportunity to affirm their self-worth. Education was easy to obtain, and with ample amounts of funding and scholarships available, being a scientist did not involve material hardships anymore.

This inevitably led to the feminization of the average scientist’s brain, with concomitant liberalization of the academic environment. Exacerbating this trend was increasing female involvement in science faculties through affirmative action quotas.

Nietzsche’s assessment of the scientist’s psyche is far more apt today than during his age, although the same trends were already present even then. The average scientist today is a spiteful creature, teeming with hatred against the common folk, against whom he feels entitled to feel superior simply by virtue of him possessing certain credentials and being “educated.” This brings with it the desire to deprecate long-held beliefs and customs on the grounds that they are irrational and allegedly not supported by facts.

Low testosterone level and the inferiority complex and spitefulness brought about by it give rise to the desire to deconstruct the belief system, worldview, and customs of the common folk. Until recently, this has been subserved by the absence of data affirming the soundness and evolutionary importance of common prejudices, which have been propagated from generation to generation at an instinctual level, without their validity being questioned.

In essence, the Enlightenment attempt to reject long-established customs was driven not by the objective realization that they do not conform to rational thinking, but rather by the instinctive, subconscious urge to simply deny and deconstruct what was held dear by the common folk, because those attempting to deconstruct those customs were themselves not able to successfully partake in them. The pretension of rationality and adherence to hard facts are in reality only a cloak used to subconsciously justify this attempt, which in turn arises from deep-held hatred against tradition and the common man upholding it.

Until recently, this did not lead to any dissonance or hypocrisy due to a lack of data affirming the validity of those long-held prejudices and customs. In recent decades, however, biology began to explain and, to the horror of Leftist academics, rationally affirm what was deemed irrational. Today we know, for example, that prejudice has a strong evolutionary utility guarding an individual or the whole group from making hasty decisions that may be detrimental to their survival. We know that marriage, family, and traditional sex roles are not arbitrary systems wantonly imposed upon the society in order to oppress the weak, but rather have a strong, biologically-justified utility, and are optimally suited to ensure societal stability and continuation of a population group. We know that the reasons for differential success between different racial/ethnic groups lie not in some of them being arbitrarily oppressed by others, but in differences in average levels of robustly quantifiable cognitive and behavioral traits inherent to those groups.

Of course, those embarking on the attack against the common folk and deconstructing their ways of life did not expect that their declared ideals, in other words rationality and objective evidence, would end up affirming the prejudices of “Deplorables.” Herein lies the root of the hypocrisy of the liberal scientist. Those who proclaim rationality as their cherished ideal, who “march for science” and “fucking love science,” do not really search for the truth, but rather use science for moral preening, the need for which arises from their own inferiority complex. And they are more than ready to dispense with the hard facts once they happen to justify the long-held traditions and prejudices of society.

A real scientist, however, is not the one who despises the common folk and his own roots, but rather the one who cherishes and rationally affirms them through his own deep understanding of human nature. And all the recent developments in the biological sciences do indeed augur the rise of this type of scientist in the future. We are approaching a saturation point where pretense of rationality and adherence to evidence cannot coexist with the liberal egalitarian worldview. In the process, this will gradually see the exit of the spiteful, low testosterone types from science, since the latter will not serve to caress their ego and feed into their wish to feel superior anymore.

The Alt Right will stand at the junction of this transformation, with its rise and eventual triumph in the West commencing a new understanding of human nature which is hitherto unparalleled in history.

First, customs were instinctively followed without being questioned. Then, with the Enlightenment, rational dissection kicked in, but since there was not enough data at the time to affirm those customs, they were rejected. Now we are reaching a completely novel plane of existence where we return to cherishing those customs and prejudices, but this time through knowledge and rational understanding of their utility. And in the process, all the above-mentioned liberal academics who refuse to accept these facts and change their worldview accordingly will be consigned to the dustbin of history.