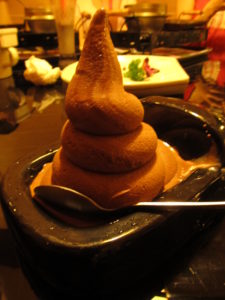 In case you missed it, I recently I got into a little tiff with one of my blogging idols, Kim du Toit. On April 28, Counter-Currents published an article of mine, “Kim du Toit and the Freedom Paradox [2],” in which I more or less introduced Kim to the Alt Right and took him to task in a nice and respectful way over our political differences. Kim was one of my favorite bloggers of the previous decade and was just coming off an eight-year hiatus, so I figured the time was right.

Although Kim is by no means Alt Right himself, he is a man of the Right (Gun Right, Alt Lite, Alt West, what have you) and worth reading regardless. Anyway, about a week ago, Kim actually responded to my article. In a post entitled “Here We Go Again [3],” Kim took the gloves off and tore into the Alt Right pretty hard. He left aside many of the specifics in my article and, thankfully, steered clear of attacking me personally. In a number of ways, however, he seemed to tacitly agree with my assessments of him, which was gratifying. But for the Alt Right, or rather a stereotypically nasty incarnation of it, he had nothing but scorn. Click on over if you care to agree or disagree with him. Be forewarned, however, if you wish to comment. He is mean.

And my reaction? Boy, was I flattered. First, we’re talking about the author of one of my all-time favorite novels, Vienna Days [4] (and I am extremely hard to please when it comes to novels). So for Kim du Toit to dedicate over 2,800 words to responding to something I wrote turned out to be a pretty big deal for me, even if most of it was negative. And he did instruct his readers to read all of my essay before responding, so there’s that. Second, I am a firm believer in clarity, and for Kim to state in no uncertain terms why he is not on the Alt Right during these changing times can only be a Good Thing (not as good as actually joining the Alt Right, perhaps, but still . . .).

This article is not so much a response to Kim but a chance to riff on a clever analogy in his essay. For him, the Alt Right is like a quart of vanilla ice cream with a tablespoon of dog poop on top. The ice cream represents all that he likes about the Alt Right, namely its respect for Western Civilization and its steadfast opposition to the Left. The poop, of course, represents all that he dislikes about the Alt Right, namely its antipathy towards Jews and feelings of racial superiority over blacks and other non-whites.

While I find Kim’s assessment of the Alt Right somewhat unfair and jaundiced, I do agree that there is an element of nastiness to the Alt Right. Any ethnonationalist movement must have it, and White Nationalists are no different. To actually run a functioning ethnostate, you have to be able to say no to people who are not like you and then back it up with force if necessary. Try figuring out how many Irish Catholics can emigrate to Israel as returning Christians, or how many wide-eyed occidentals can sail their way into Japan as “refugees,” and you’ll see my point. Personally, I think that likening all this to excrement is a tad harsh. I’d prefer to substitute it with something also inappropriate but at the same time edible, like paprika.

The Alt Right is a tablespoon of paprika in a quart of vanilla ice cream. I can buy that.

Also, I think (or, rather, hope) that the Alt Lite in general would agree that even with that nasty little dollop, the Alt Right is still preferable to the Left. At least we’re up front about our negative aspects, unlike the Left, which stirs that tablespoon into the mix until you can’t see it anymore and then calls it “peanut butter.”

This got me thinking: what political ideology doesn’t feature that undesirable tablespoon, either as part of its recipe or after it gets served when folks least expect it? What political system which has withstood the test of history can actually help raise a significant proportion of its citizens above the wretched and tragic nature of life? Not too many. But of the ones that can, I think the greatest is the constitutional republic that is the United States. Maybe this amounts to home cookin’ since I grew up there, but for all its prosperity, strength, innovation, and freedom, the United States, up until its height in the mid-1960s, represented the veritable apex of human civilization. In my opinion, no nation was greater, before or since. So when folks get turned off by that one tablespoon of nastiness on their quart of ice cream, that’s because they’ve lived in America or something similar. They know what ice cream is like without it. And it is a wonderful thing.

But where Vox Day likes to talk about the Magic Dirt theory [5], which naïvely posits that as soon as Third World immigrants place their sandaled feet on American soil they become Americans, I like to talk about the equally silly Magic Ink theory. The Magic Ink theory states that all any government needs to do to be as successful as the United States is to write up a constitution just like the American Constitution. According to the Magic Ink theory, it’s not so much the people who make a nation great but its institutions as delineated in documents sitting in bulletproof, moisture-controlled, vacuum-sealed glass cases. This is why many conservative and Alt Lite people don’t like it when the Alt Right brings up race or complains about Jews. They have their magic dirt and their magic ink to magically turn everyone into Americans, even if we’re not all equal. Why try to divide us all by talking about the importance of race?

Because, as the Alt Right sees it, we’ve been consuming pure vanilla ice cream all these years thanks solely to the fact that the vast majority of people serving it up have been white. Due to a genetic predilection many whites have towards things such as liberty, objectivity, and justice, they, after much trial and error, derived a system of government which allowed them to pursue these things in the highest possible numbers and in the fairest way possible. In other words, whites made the US Constitution. It did not make them.

When whites finally become a minority in America, however, they are going to be outnumbered by people who, probably also for genetic reasons, lack that same appreciation for liberty, objectivity, and justice. I say this because Hispanics, black Africans, Arabs, and many South Asians have never produced any system of government as enlightened as those found in Europe or America throughout their long histories. In fact, only the East Asians, to their credit, have been able to emulate them. I bring genetics into it not because I am a geneticist, but because genes are the best way to explain why pagan Greeks and Christian Anglo-Saxons separated by two thousand years can have strikingly similar priorities when it comes to systems of government. Occam’s Razor and all that.

The Alt Right predicts that once the white majority is broken, the US Constitution and all that it stands for will soon fall by the wayside. We’re putting that little dollop of nastiness on our ice cream not because we want to, but because we’re going to need it. If the genetic and racial interpretation of human activity described above is correct (and I see no reason why it isn’t), then whites as a people need to start putting roadblocks in place now, not only to protect their crumbling majorities in their own homelands but also to ensure the existence of these majorities in perpetuity. This means a wall. Many walls. This means deportations and an end to non-white immigration and a return to the strong racial pride whites in America had up until the mid-1960s, and which whites in South Africa had up until the fall of Apartheid.

If you think that tablespoon of nastiness is bad now, wait till it grows five or ten times in size, which is what is going to have to happen if our immigration trends continue. But at that point, it just might be impossible to swallow.