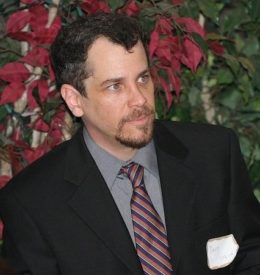 Recently, I had one of those “bless his heart” moments after reading David Cole’s “Racism: The Last Refuge of Us All? [2]” over at Taki’s Magazine. After reading the first sentence, in which he claims that it’s not Samuel Johnson’s patriotism but “racism that’s the last refuge of a scoundrel,” I tensed up like a boxer preparing to take a liver shot. “Here we go again,” I thought, “David Cole bashing the Alt Right like he is wont to do from time to time.” Just a month earlier, in an article called “The Negro Jim Conley’s Baadasssss Song [3],” he zinged us by claiming that White Nationalists are “the right-wing version of social justice warriors.”

Here is what he said in context:

Now, both WNs and black SJWs have a point . . . up to a point. Antiblack racism exists among white Americans (of course it does), and Jews can indeed be tribal, clannish, and hostile to the Christian West’s culture and traditions. So yeah, there are blacks today who have a legitimate beef with whitey, and there are whiteys who have a legitimate beef with the Jews. That said, when we on the right hear blacks blaming whitey, we tell them to stop their damn whining. Suck it up, homey. You have options; you can rise above it. Stop blaming others, stop making a cottage industry out of screaming and complaining and crying, “Oh, I’m such a victim.” Take responsibility for your life and get your shit together. That’s our response, and it’s the proper one. But a lot of whites on the “alt” side of the right can give that very lecture to a BLM loser, only to turn around and wail about how “the Jews are victimizing me! Everything bad in my community is because ‘they’re’ keeping us down!”

When you say that, you become every bit as bad as the worst kind of SJW.

I didn’t respond at the time because his critique seemed too outlandish to take seriously and his characterization of the Alt Right was heavily stereotyped and inaccurate, to say the least. I gather that Counter-Currents would turn into a pretty boring Website if all we did was bust a gasket every time Alt Lite gadflies like David Cole said something mean about us. So, since there really wasn’t anything interesting to say about Cole’s charge, I figured I’d let it go.

However, his “Last Refuge” article gives us a teachable moment, as they say, and, if looked at properly, can shed light on the big picture of our political struggles like the Sun rising over a vast, grassy plain.

My first reaction was to sigh in relief once I realized that the “racists” about which Cole was complaining were Left-wing racists; more specifically, Left-wing anti-white racists. So far, so good. (And, by the way, thank you, David, for getting our back. Love, the Alt Right. 🙂 ) But as I continued on with his article, it dawned on me that David Cole and others like him were trailing behind the Alt Right along the evolutionary course of history. In fact, he seemed like an artifact of a bygone epoch, like a fossil trapped in amber.

It all has to do with the frame of reference within which he chooses to operate. For him, racism is bad, therefore it must always be shunned. The Alt Right, on the other hand, admits race realism can sometimes be bad, but as the white proportion of the civilized world continues to diminish, it has become necessary. It’s as if Cole thinks this is still Archie Bunker’s America, in which whites enjoy something like an eighty-five percent majority and all everyone needs to do is chill out about our differences and not get too bent out of shape when a black person kisses you on the cheek or donates blood for you or decides he wants to date your daughter. Then, everything would be kosher, right?

Here are some examples from “Last Refuge” which demonstrate my point. Cole snarkily complains about Harvard’s recent blacks-only graduation and the mainstream media’s shamelessly complicit whitey-hate. “Leftist scoundrelism at its finest,” Cole writes, “(and don’t worry – Harvard is holding a separate ceremony for its Latino students, because after all, we don’t want anyone to feel excluded from the exclusion!).”

Cole goes on to uncover how Lefty non-whites are now viewing the following to be “racist” because they are somehow associated with white people:

Unbelievable, right? Only not. It may be unbelievable (or at the very least, noteworthy) to racial idealists like David Cole (bless his heart) who are stuck in the old “racism is bad” mentality. But to those of us who see how the world is changing and have moved on, it’s become old hat. There’s a reason why alarmist stories about how racist non-whites victimize whites these days don’t see a whole lot of daylight on sites like Counter-Currents. It’s because, frankly, they are boring. They don’t tell us anything we don’t already know. Decades ago, Peter Brimelow, Sam Francis, and Wilmot Robertson (whom Bill Buckley once referred to as “deranged”) were warning us of the dangers of non-white immigration and of race-mixing. Over a century ago, it was Lothrop Stoddard, Madison Grant, and Thomas Nelson Page. So, as blacks, Hispanics, Arabs, and other non-whites gain in numbers and political influence, of course they will assert themselves in the most racist way possible against whites. And do you know what? They should do exactly that. It’s not only their nature, in most cases, it’s also the most direct course to satisfy their immediate self-interest. So they will be ruthless about it and they will be violent about it until the year 2122 or so, when whites living and breathing and having white children will also appear on that list. There is nothing in their respective histories or current behavior which suggests otherwise. There is absolutely nothing that isn’t utterly doctrinaire about any of this.

So when David Cole gives us the newsflash that non-whites aren’t exactly our friends and may actually be (gasp!) racist about it, I want to respond like my father did whenever someone presented him with a keen upshot of the obvious: “No shit, Sherlock. Where’s your squad car parked at?”

Of course, this is not to blame or criticize Cole for his efforts. I am unironically grateful he’s going after our enemies. Just because his insights aren’t as cutting edge as he thinks they are (bless his heart) doesn’t make them wrong or not valuable. This is the same reason why I don’t check in on the Daily Kenn [4] or Colin Flaherty [5] more than once every couple of months. Sure, it’s the same-old-same-old, but somebody’s got to keep track of that stuff. So when I read “Racism: The Last Refuge of Us All?” (or pretty much anything by Cole), I feel like the man in that old Chinese fable who enjoys the smell of cooking from a nearby restaurant every morning and then gets accused by the restaurant owner of “stealing” his food’s pleasant aroma. Sure, the cooking may not be for me, but it still smells good.

Most of the time.

And it is this “most of the time” which causes most on the Alt Right to get caught up or fed up with David Cole. Besides skewering non-whites and Lefties for their racism, the point of his article is even more to fret that, with all this anti-white racism going on, whites might actually (again, gasp!) take up racism themselves! As Cole puts it:

None of this should be a surprise to regular Takimag readers. We’ve seen many, many similar excesses of nonwhite racial identity politics over the past decade. What fascinates me (not in a good or bad way, but just as a neutral observer) is the possibility that whites might follow suit. And not just whites on the right.

Fascinating, eh? What’s so fascinating about it? Why is it “fascinating” when the people who founded, fought for, and built this great country finally get tired of being pushed around by people who’ve accomplished far less and decide to take their own side for a change? The only “fascinating” thing is that we’ve waited this long to actually start doing it. Oh, and “neutral observer,” my foot. In the first sentence of his article, Cole calls all racists scoundrels, and that means the Alt Right as much as it means the far Left, despite the fact that he decided to give the Alt Right a break this time around.

Cole clearly finds this surging racist tide disturbing, not least because it will be coming from both directions. This strongly indicates that he’s wedded to the outdated and naïve perspective that the majority of people of different races can actually get along in large numbers without resorting to racism. The fact that they do this at all is noteworthy, hence his article, and hence my condescendingly benign attitude towards him.

I understand that Cole or someone similar may respond by saying that, by urging people to look past race and focusing on what we all have in common, this anti-racist perspective of theirs is the one thing keeping the peace in our society today. Maybe so. But as that list above continues to grow, more and more whites are going to realize that it is a peace not worth keeping.