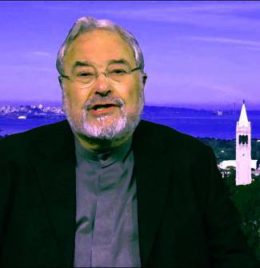 Sometimes you read a newspaper column that starts off so pointlessly and insipidly you can’t tell whether it’s supposed to be a parody of bad writing, or the writer just wants to introduce a humorous idea but can’t find the right hook to hang it on. This happened a few days ago (April 10) in The [2]Washington Post [2], with a column by one Steven Petrow.

Petrow, who appears to specialize in matters of “gay etiquette,” spent half his column rattling on about how people are hurling new insults at him these days, and they’re words he doesn’t even know. New words like . . . “libtard” . . . and . . . “SJW.”

. . . SJW? I had no clue. In a personal ad it might mean “straight Jewish woman,” but two of those don’t apply to me. So what was this snarky new gem of an insult?

Petrow probably intended to write a cute little glossary of Alt Right terms, then found out that idea has been done to death. So he went in another direction entirely and told us these “new terms” are actually a Nazi-like “coded language” that the Alt Right came up with to “control discourse.” At least, according to an authority at UC Berkeley by the name of George Lakoff.

You may never have thought of “SJW” or “libtard” as specifically Alt Right, but you’ve probably heard of George Lakoff. This Emeritus Professor of Linguistics was one of those oddball pundits who went against conventional wisdom and predicted Donald Trump’s victory last year. Lakoff supposedly based his prediction on close analysis of Trump’s speeches and tweets, which he says were carefully crafted to tug at the authoritarian heartstrings of American voters.

And according to Lakoff, Alt Right terminology is designed along similar principles:

These new words are intrinsic to the alt-right’s rise, according to Lakoff . . . He connects this to the Nazis and the coded language (prime example: “the master race” [3]) that eventually allowed them to topple governmental institutions. “The strategy is to control discourse,” Lakoff points out. “One way you do that is preemptive name calling . . . based on a moral hierarchy.”

All this scary talk of Nazis and Herrenvolk gives the game away, of course. Lakoff is less interested here in linguistic analysis than he is in painting the Alt Right as dank and sinister. When he explains what he means by “moral hierarchy,” it’s equally unhinged, as though he’s trying to troll poor Petrow with ineffable nonsense:

“God above man, man above nature, men above women. The strong above the weak. Christians above gays,” he said . . . Lakoff emphasized that [Alt Right name-calling] is different from the Democrats’ labeling some conservatives racist, sexist or homophobic – which they do – if only because that usage is not as “canny” or strategic.

Is Lakoff just kidding around here? No, he’s perfectly serious. He really, truly is maintaining that Leftists don’t strategically weaponize language when they bully and name-call with such cant words as “racist” and “homophobic.” And while this argument is preposterous, Lakoff is one of the biggest, bullying offenders of all. The whole thrust of his esoteric, impenetrable theories of political language is that traditional “Right-wing” values ought to be regarded as pathological. In this respect he’s a throwback to Leftist and Jewish community-relations propagandists of the 1950s and ‘60s, always detecting “neuroses” or a “paranoid style” among Joe McCarthy fans, Birchers, segregationists, Barry Goldwater, and even National Review-style conservatives.

Last year’s presidential campaign gave Lakoff renewed prominence, with a golden opportunity to apply his cockeyed theories to the public character of Donald Trump. He revisited this subject again recently, on public radio’s Marketplace program (here [4]; Lakoff begins about eighteen minutes in). In this radio talk, Lakoff describes Donald Trump as a master salesman who deliberately chooses words and catch-phrases to win over voters who have a certain type of personality aberration. This aberration leads Trump voters to prefer authoritarian personalities, particularly candidates who have what Lakoff calls a “strict-father morality” way of speaking. He estimates this segment of the electorate at about thirty-five percent, and notes that it’s close to the percentage who like President Trump in approval-rating polls.

For Lakoff, that strict-father morality theory is his Grand Unifying Principle of political behavior. It sounds interesting, but alas, whenever he tries to illustrate what he means by it, it comes out like psychobabble from a street-corner prophet. From the radio interview:

If you look at history, you see that strict fathers win . . . So you see religion won out, you have God above man, and we have conquered nature, we have man above nature, we can take anything we want for our use. Uh, you have the strong above the weak, you know, we need a strong army and so on. And that hierarchy follows from one idea, it’s not a bunch of different ideas, it’s strict-father morality as applied to all aspects of life.

The main thing is if that is your worldview and that’s your morality, that defines who you are as a person, it’s self-definition. And people don’t vote against their self-definition. Not only that, but it doesn’t matter if Trump lies to them, and they know he’s lying, because there’s a Higher Truth, which is strict-father morality itself . . . That’s why there are “Alternative Facts”!

On his Website and blog, Lakoff’s thoughts are just as indecipherable. It’s like stepping into a bottomless pit of quicksand, Leftist murk and clichés closing in about you from all sides, unbroken by any ray of reason or good sense. Last July he wrote a long essay called “Understanding Trump [5],” and it is little more than collocation of all the anti-Trump, anti-nationalist stock phrases we heard over and over. Trump is a bully, says Lakoff; and he appeals to people because he attacks political correctness and promotes easy answers to problems. If there are eleven million illegal aliens, Trump says they should be deported, and Lakoff is aghast at such simplicity; though he fails to propose alternative solutions to this, or any other issue.

Lakoff simply dismisses all pro-nationalist ideas, à l’outrance, on the grounds that they are popular, common-sensical, and appeal to traditional values. Again and again he locates the blame in his mystical bugaboos of “moral hierarchy” and “strict-father morality”:

There are at least tens of millions of conservatives in America who share strict-father morality and its moral hierarchy. . . For many years, such bigotry has not been publicly acceptable, especially as more immigrants have arrived, as the country has become less white, as more women have become educated and moved into the workplace, and as gays have become more visible and gay marriage acceptable. As liberal anti-bigotry organizations have loudly pointed out and made a public issue of the un-American nature of such bigotry, those conservatives have felt more and more oppressed by what they call “political correctness” . . .

Donald Trump expresses out loud everything they feel – with force, aggression, anger, and no shame. All they have to do is support and vote for Trump and they don’t even have to express their “politically incorrect” views, since he does it for them and his victories make those views respectable. He is their champion. He gives them a sense of self-respect, authority, and the possibility of power.

Does anyone take George Lakoff seriously? On the Left, his reputation has ranged from guru to wacko. In the early 2000s he was a popular speaker at Democrat candidate conclaves, brimming with theories and linguistic magic tricks that would help them start winning again. Howard Dean pronounced Lakoff “one of the most influential political thinkers of the progressive movement” in a 2004 book-blurb endorsement. But then the Dean campaign tanked, the John Kerry play-it-safe candidacy got swift-boated, and Lakoff was out of favor.

Recounting the ups and downs of Lakoff’s fortunes, Andrew Ferguson wrote in 2006 [6] that Lakoff was now a “stock figure of fun” in the pages of The American Prospect, while The New Republic had just “trashed” Lakoff’s latest book. Ferguson recalled that Lakoff had first reached a widespread audience in September 2001, with his bizarre essay (“Metaphors of Terror [7]“) about the sexual symbolism of the terrorist attacks on the Twin Towers and the Pentagon:

“Towers are symbols of phallic power,” Mr. Lakoff explained, “and their collapse reinforces the idea of loss of power.”

And if you think the Twin Towers were symbolically profound, wait till you get a load of the Pentagon:

“Another kind of phallic imagery was more central here,” Mr. Lakoff wrote. “The Pentagon, a vaginal image from the air, was penetrated by the plane as missile.”

Ferguson noted tartly that a man who could write such things “may be suited to many tasks, but counselor to a major political party . . . is not one of them.”