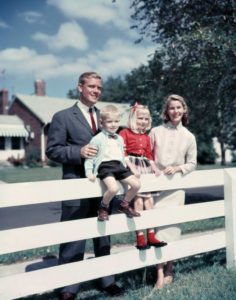 Greg Hood once pointed out to me that a White Nationalist Manifesto could begin with the Preamble of The Communist Manifesto, with only a few words changed:

A specter is haunting the world — the specter of White Nationalism. All the powers that rule over white nations have entered into an unholy alliance to exorcise this specter: church and state, Left and Right, oligarchs and rabble, high culture and low, academia and the lying press.

Two things result from this fact:

1. White Nationalism is already acknowledged by all existing powers to be itself a power.

2. It is high time that White Nationalists should openly, in the face of the whole world, publish their views, their aims, their tendencies, and meet this nursery tale of the Specter of White Nationalism with a manifesto of the movement itself.

To this end, we present the following Manifesto.

The parallels are rather uncanny — and rather encouraging, since in a little more than a century, Communism went from being a specter of power to being an actual world power.

The standard game of political parties today is “negative legitimation”: They demand your allegiance based not on the positive ground of what they stand for, but simply on the fact that they are not the other party. This allows them to avoid standing for any specific platform, and if it gets them into power, they basically have a blank check, so long as they are sufficiently unlike the hated other party.

But all of the system’s parties quickly unite when any form of white ethnonationalism appears on the scene. White Nationalism is the other party for the whole globalist, multicultural, multiracial system. And as the system lurches from crisis to crisis and fails to deliver its promised multicultural paradise, increasingly its only legitimization is not being us. The system is so bent on stigmatizing people who stand against multiculturalism and globalization as evil, racist whites, that it will declare George Zimmerman a white man and Donald Trump a Nazi.

Yet for all that, there is a real and growing resistance that is rooted not in the projections and machinations of the system but in the objective reality of racial differences, which make racially and ethnically diverse nations inferior to homogeneous ones. This resistance is growing up through the cracks in the system: the internet, social media, alternative media, and face-to-face groups. Our people are waking up. White Nationalists are now shaping their perceptions and changing their actions. We are showing them the failures of the system, explaining why it is happening, and offering them a workable and inspiring alternative.

How then is a specter of power a real power? It is a power only in the psychological sense. It is the power to incite fear. The establishment uses the specter of White Nationalism to scare the normies. But, increasingly, the establishment itself is afraid of us as well. They think that we are behind Brexit, Trump, Wilders, Le Pen, Alternative for Germany, Orbán, etc. And in a way we are, since we support them, and our ideas also influence them or the people around them.

The establishment has turned White Nationalism into the embodiment of evil, the political equivalent of Satan. This is just the latest version of the ancient slave revolt in morals, in which slaves invert the values of their masters so they can feel good about themselves. Jan Assmann [3] argues that the Jewish ritual law was created by the “normative inversion” of Egyptian religion, and Nietzsche argues that Christian values were created by the normative inversion of Greco-Roman pagan values. Today, every sentiment that preserves distinct peoples from a global homogeneous consumer society — a sense of rootedness and identity, patriotism and love of one’s own, a commitment to non-material values, and the willingness to fight and die for them — is labeled evil as well.

This is why evil is so appealing in the Judeo-Christian-liberal world: Everything vital, manly, aggressive, lordly, proud, rooted, patriotic, passionate, self-transcending, and glorious is bundled together and labeled evil, whereas everything weak, meek, sniveling, shilly-shallying, rootless, and self-indulgent is labeled good. All the forces that build civilizations are called evil, whereas everything that dissolves them is deemed good.

The human forebrain can convince itself of such inverted values, particularly individuals with the powerful psychological motive to overthrow the standards by which they are judged inferior. But the values of family and tribe appeal to older parts of the brain, which the forebrain can ignore and repress but never reprogram. Which means that everything we stand for already appeals to all of our people — even the most confused and decadent among us — in a deep-seated, literally visceral way.

Everything the system labels evil is a psychologically powerful force, not because evil is good, but because biologically healthy values have been defined as evil but remain irresistibly attractive nonetheless. We have power in the imaginations of our people, the power of the dark side. We must take care not to allow the enemy to define us. We have to mock their projections, not own them. But we can exploit the demonic status and emotional power they have granted us and infuse it with our own content. They define everything vital as evil. We can own the vitality and discard their value judgments.

How do we turn psychological power into political power, the specter of White Nationalism into the real thing? We have to make ourselves leaders and get our people to follow us. (The actual history of Communism has something to teach us here [4].) It’s a long journey, but it begins with laying the right metapolitical foundations.

An important part of the process is deconstructing the false values that clutter our people’s forebrains. We would not have gotten into this position if our conscious moral convictions had no power to determine our behavior.

Equally important, though, is crafting our appeals to the complex of pre-rational sentiments of blood, soil, and honor that our enemies stigmatize and fear. That is not the province of philosophers, but of artists and orators. It is by seizing their passions that we goad our people into action and direct them towards our goals, turning theory into practice and truth into power.