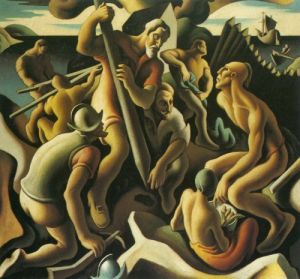 I do think that whites are superior to some groups in some ways. I am very proud of our people, and we have a great deal to be proud of. In the areas in which we excel, we have done a lot for the world. Our superior achievements in comparison to other races are why so many non-whites are flooding into white societies. There’s no need to mince words about that or apologize in any way.

It is easy to find ways in which we are superior to other groups. But you can also find ways in which we are inferior to other groups. I just don’t think this issue matters, however, because as Kevin MacDonald and Jared Taylor have pointed out, even if we were the sorriest lot of people on the planet and had accomplished almost nothing, it would still be natural, normal, and right for us to love our own and to be concerned with the future of our people. And it would still be politically expedient to demand our own sovereign homelands.

As for the idea of whites reigning over other people, I don’t want that. I am a nationalist. I believe in self-determination for all peoples. The people who are actually committed to whites ruling over other people are the civic nationalists of the Alt Light. People like Gavin McInnes, for instance, claim that they are civic nationalists and Western civilizational chauvinists. But they are not ethnic or racial nationalists. They have basically conceded multiracialism to the Left. It is a victory they are not even going to question, much less try to roll back.

Western civilization is a product of white people. The people who are most comfortable in Western civilizations are white people. When Blacks, Asians, and other groups come to white countries, they want to change things to suit them better. The Western chauvinist must say “no.” Non-whites have to live by white standards, including white laws, which are of course enforced by the state. In effect, this means whites must rule over non-whites. This is white supremacism in the second sense.

Now I believe that if non-whites live in white societies, we damn well better impose our values on them, or they will create a society that we do not want to live in. We really need to reflect for a moment on the absurdity of the situation in which it is now “problematic” for white values to be “supreme” in white societies, which were created and sustained by white people and white values.

But we have to be honest about the fact that it is a form of oppression to impose white standards on non-white populations and demand that they “assimilate,” that they surrender their identities, that they go around wearing the equivalent of uncomfortable shoes or seasonally inappropriate clothes. Because a civilization should be as comfortable and as becoming as a well-tailored suit. And blacks don’t find white civilization comfortable. It is like demanding they wear shoes that are two sizes too small when we impose our standards of punctuality and time preferences, demand that they follow our age-of-consent laws, or foist the bourgeois nuclear family upon them. These things don’t come naturally to Africans. White standards like walking on the sidewalk, not down the middle of the street, are oppressive to blacks. Such standards are imposed by the hated “white supremacy” system. But if we don’t impose white standards upon them, we have chaos. We have great cities like Detroit transformed into wastelands.

There’s a line from William Blake, “One law for the lion and the ox is oppression.” Because lions and oxen are different beasts, to put them under one law forces them to live contrary to their natures. White supremacism would be like lion supremacism: demanding that the ox live by the code of the lion. But the ox doesn’t eat meat. He eats grass. Eating meat doesn’t come naturally to him. The true white supremacists are the civic nationalists, who would think they are doing the ox a favor by declaring meat the “universal” diet and force-feeding it to him.

White Nationalists are not white supremacists, because it is not our preference to rule over other groups. Although if forced to live under multicultural systems, we are going to take our own side and try to make sure that our values reign supreme, our preference is to go our separate ways. We want an amicable, no-fault racial divorce [2] so we can live in the manners that most befit us in our own separate homelands.