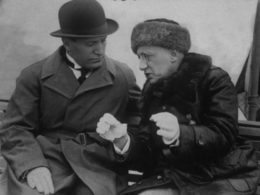 Additionally, Kerry Bolton’s essay on D’Annunzio is included in his book, Artists of the Right [11].