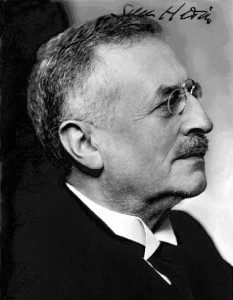 We are presenting the following excerpts from Savitri Devi’s And Time Rolls On: The Savitri Devi Interviews [2] in honor of the birthday of the great Swedish explorer, travel writer, and critical supporter of German National Socialism, Sven Anders Hedin (February 19, 1865–November 26, 1952). For a brief account of his life and work, see his Wikipedia [3] article.