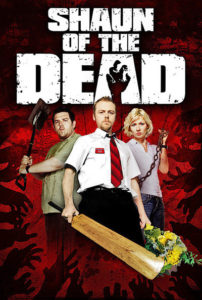 The British have a knack for comedy. Speaking English and being comfortable with American culture, they are well-placed to fully participate in the emerging “Anglo-global” Weltkultur. By this, and their natural unpretentiousness, they have neither the wounded amour-propre of the French nor, often, the commercial crassness and/or uncultured piety of the Americans. Unlike the Frenchman, the successful Briton can triumph in Anglo-American cultural scene in a wholly décomplexé fashion.

A good British show is typically done for artistic reasons, often running for a couple of seasons and then being happily shut down before things get stale. In contrast American shows, by the dictatorship of money, will run on and on and on: once a brand and audience are established, the last shekel is extracted until boredom and triteness, circa season 11, finally overtakes whatever value there was. For example, Yes, Minister! and The Thick of It vs. The West Wing, British vs. American The Office (Steve Carell has always disgusted me). (I will not embarrass everyone with a comparison with the official state-subsidized ethnomasochist and/or egalitarian ““French” “culture”” of recent years.)

The British comedy Shaun of the Dead is one of the favorite films of my young adulthood. The English version is perfectly funny but, rare bonus: the dubbed French version is sometimes even funnier by the added deadpan ludicrousness. (Picture a French person awkwardly calling: “Peeeeeeete . . .”)

I rewatched the film recently as a little guilty pleasure. This is a Romantic Comedy with Zombies. The boys in my circle love it, the girls hated it. The story of a semi-responsible just-turned-thirty everyman (Simon Pegg) — struggling with to maintain his social responsibilities, e.g., his nihilist sales job and especially his loving girlfriend/mother — accompanied by his fat, funny, irresponsible, video-gaming, weed-smoking, door-failing-to-close flatmate (Nick Frost). There is also their very serious suit-and-tie flatmate.

So you’ve the usual “get my life together” routine, with zombies. It works quite well. Themes include frivolous vulgarity vs. responsibility in modern life, our collective obliviousness in daily life, and our sense of wasting away life. This film got Pegg and Frost’s careers going (I understand the former now gets secondary roles in big, awful Hollywood blockbusters like Star Trek).

Much fun is had with this. The denizens of 2004 London, shown as overwhelmingly white with a few token blacks and Asians (the nation’s capital is now majority non-English), are shown growing increasingly zombie-like: in staggering up in the morning, in commuting to work, in the lack of community, all these humans merely dully coexist.

The zombies then represent the creeping dehumanization of our lives as we, more and more, become not virile apes or spontaneous monkeys working collectively in a tribe in a daily struggle for sustenance and survival, but corporate/statal bureaucratic and consumer cogs. What I have called the hamsterization phenomenon [2]. (Not really related to Heartiste’s notion of female rationalization.)

Of course, a classic interpretation of the resurgence and popularity of the zombie genre has been in terms of symbolizing the rising tide of disproportionately stupid and violent non-whites in our societies. “Brains . . .”

This is not really the case in this film, except for one striking scene [3]: the two boys are holed up in their flat and look out the door to see if any zombies are around:

Like so much of the zombie phenomenon, it all falls into place when one replaces “zombies” with “blacks.”

I am told that track-suit-wearing white post-working-class chavs are the kind of people that other people are wary around. But circa 2010, blacks were reported to make up 12 percent of London’s population, but committed about 56 percent of street crimes, 46 percent of knife crimes, and over half of gun crimes [4]. Which is about the same ratio you have in the United States, where the liberals can at least claim that slavery made them do it.

Liberals point out that crime will go down to tolerable levels by confiscating all citizens’ guns, installing proto-totalitarian CCTV cameras everywhere, and guaranteeing everyone a basic income through transfers from actually productive citizens. This human hamsterization program works, after a fashion, as blacks do find it more difficult and less congenial to murder people under such conditions. But that still raises the question: why, oh shit-libs, have you failed to equalize the crime rate? And would not England be a safer, happier place if you’d had the more discerning immigration policies advocated by Winston Churchill (puke) and Enoch Powell?

There are some actually quite touching moments when a stepfather tries to reach out to his adoptive son and when a brother grimly volunteers for sacrifice . . .

The basic message of the film, such as there is, is very positive and I think typical of socially functional comedians: marry the girl, settle down, stoically provide resources, defend the tribe, etc.