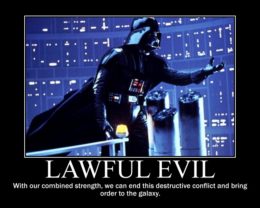 Cinematic trailers for the next movies are often more revealing than the movie itself for the moral universe of Hollywood. Before the opening spaceship shot of Rogue One, we were treated to a jump-cut sequence of multiracial families and half Negroid kids yelling cheerfully in suburban houses, followed up by a mixed-race man waving a book and repeating “Love, love, love, love, love!” at the top of his lungs in complete tearful hysterics. Of course, it was a Google advert. Advertising what? Google. Google is Love, Google is Life. Bookmark Counter-Currents today because the search engine rankings are will be painfully full of liberal spam to “fake news” ham in a matter of months.

Following breathless mania for métissage, the next trailer for Hidden Figures explained in great detail that America’s space program would have failed utterly if it wasn’t for the civil rights struggle of Negro women mathematicians within NASA. Based on an “Untold” “True” Story that has only remained “Untold” because the Hollywood Truth of it hadn’t been invented yet. And then we had 1950s civil rights struggle Negroes retold by Denzel Washington as family drama. 94% on Rotten Tomatoes, goyim. To break the 95% ceiling you have to be a Holocaust movie or have a homosexual negro (Moonlight, 98%).

After the battering of grievance propaganda, the trailer for The Space Between Us unwound its light sci-fi, white boy on Mars falls for white girl on Earth narrative. While the past is full of bitter and entitled darkies, in the future, everyone in white, and life is easy. Donald Trump’s America has clearly made the first steps to becoming galactic after solving the civil rights issue by simply removing all the blacks. Nonthreatening indie rock music and teen romance blended subtly with imagery of clean spacesuits, bright classrooms, and the landscapes of a high-tech humanity living harmoniously with nature. I like to think that one day, that boy earned the honor of joining the Imperial Storm Troopers.

It is this thematic schizophrenia that characterizes Rogue One. It is the first ‘anthology’ film of the Star Wars franchise and the first to step away from the cartoonish moral universe that has framed the series until now. Throughout the movie, and unlike Star Wars before it, war and brutality is put front and center and devoid of romance or heroism that is not underscored by despair or futility. Unlike the meaningless mass death in Diversity Awakens of planets invented for the purposes of giving the computer graphics kids something to explode, the death in Rogue One is guerilla, unexpected, and visited upon (spoilers!) pretty much everyone. Rogue One is certainly not setting its characters up for any narrative sequels as those films already exist. By the quirk of choosing a narrative in orbit of the Death Star, the heroic death of all major characters is mandatory to avoid painful questions of “Hey, what happened to Mary Sue from Rogue One?”

The characters in Rogue One are Hollywood tropes I’ve come to loathe – the strong female lead, the non-white sidekicks with mystic powers that just so happen to trump whitey’s technological supremacy each and every martial arts scene, the new fashion for men of indeterminate race with dreadlocks as the Noble Savage slash thirdworld underclass, the permanent human dirt fighting for Equality, gibs and a fuzzily defined justice in a universe of being oppressed by “The Man.” It happened with Tom Cruise in the flopsy Oblivion, with Morgan Freeman playing a bedreadlocked “Resistance Fighter,” and it happens again here. At one point, the audience is invited to laugh along with the Oriental heavy weapons guy, who seems to be carrying an industrial vacuum cleaner on his back, as he shoots a helpless Stormtrooper in the head. It’s the same Jewish malevolence on display as was explicit in Inglorious Basterds as they battered a loyal Nazi to death.

The plot centers on the Rebellion becoming aware of the Death Star and unfolds with their panicked responses, culminating in a terrestrial and space battles to retrieve the blueprints. On the personal level it follows the exploits of Mary Sue in her childhood escape from the Empire, and her adult quest to find her father — the Death Star’s principal designer — and make good on his designed-in sabotage work by getting the blueprints for the Rebellion herself.

As her father is kidnapped in the opening, he reprimands his Imperial abductors for terrorism or microaggressing or something. “Well,” drily retorts the Imperial Director Krennic, “we have to start somewhere.” The mainstream cinematic crisis of conscience about multicultural lunacy, it could be said, starts with Rogue One. Right off the bat the Imperials are the force of Optimism if not necessarily Hope and Change, even if it means breaking a few eggs. I cringed as a Negroid face appeared on the telescreen to instruct the child protagonist to escape – the mandatory Positive Portrayal uses a painfully cliché line of “You know what to do.” I know it’s a big galaxy, but can we please dispense with crowbarring ‘groids into every male role model casting available? Hilariously, the same character turns up later as an addled resistance leader addicted to inhaling drugs.

As the setting lurches from planet to planet, so does the plot from Empire atrocity to Rebellion stupidity. The Rebels are half cutthroats by necessity, and half cutthroats by self-sabotaging paranoia; assassinating their own people from the start and torturing defectors who have opted to join them. In this case, it’s an Imperial pilot (Riz Ahmed) who has been radicalized away from the forces of autocratic law and order to join the Islamic Alliance in Space Aleppo, and is turned over by his captors to a tentacled alien mind-reader. Cue Ew, Gross! Shock scene. But it’s OK – Four Lions is restored to sanity by ways of the Force and journeys through the movie as the Jihadi component of the ragtag Third World rebellion.

Stormtroopers are massacred by the trainload throughout and exist, as per Star Wars formula, as an indefinite supply of Space Oppressors for the Rebellion to stage their heroism against. Naturally, all the Empire’s troops have crisp, Anglo-American or outright British accents, and their officer cadre is the whitest male space in the galaxy. Peter Cushing returns to screen as a reanimated corpse, a subtle computer graphics caricature of the real thing. Just like the rationale of the Rebel’s cause, Virtual Cushing is twitchy and lightweight, unconvincing and incomprehensible outside of Star Wars’ established logic. In fact, the most “horrific” Empire atrocities are options of last resort to Rebel aggression. The Empire functions similarly to the Judges in Mega City One and the United States Army in various foreign occupations — showing up in force to bully and intimidate the locals into not getting any funny ideas about getting their own sovereignty, and then disappearing again to patrol some more pressing parts of the galaxy. Twice the Death Star nukes a city, both times at huge cost to the themselves, as a means of preventing the Rebellion from getting out of hand. Civilian lives and the lives of Force disciples matter not to Rebels when a tactical advantage is at stake, and they will push the Empire to its most destructive in their desperation.

Concrete reasons to support rebellion are substituted with mystic mumbo-jumbo. Much like Google’s hysterical half-caste, the leading Third Worlders believe that the power of repetition compels you, and that we can all become one in the Force. The mercenaries of the Rebellion are mainly white, save for the Heavy Weapons Guy that accompanies blind martial arts man and Mary Sue. The multiracial Rebellion enlists African peacekeeping corps in the same way the U.N. does – they’re incompetent in both this galaxy and the one far, far away, but photogenic to white liberal sensibilities. The post-adolescent female lead enlists herself into the Rebellion by providing the emotional support to carry out their non-specific “Cause.” She jabbers excitedly about her father and Hope, and keeping on taking Chances, until the rebels win or they run out of Chances. It’s childish, and Felicity Jones’ wide, naïve eyes only serve to reinforce that she doesn’t know what she’s talking about. A petty criminal on the run from Imperial Justice, the “Hope” she appeals to is the hope of the delinquent trying to make a clean break; the same nihilistic desperation that fuels terror bombings.

In the end, that’s the moral crux of this movie. Sensible whites have built a militaristic, galactic Empire that provides some sort of law and order to enable trading, prosperity and relative stability, if not the terrorism-free calm of “Peace.” The Rebel Alliance by contrast have a core of idiotic, liberal whites who enlist and radicalize Jihadis, Negroids, and hapless Tibetan Jedi Monks to visit violence upon those who recognize the necessity of violence in policing these communities. Alone, these disparate elements lapse into their own Space Ghettos, but whites glue these elements together with the Hope for Equality and a universalism that these factions have never subscribed to. The hoax (((Hollywood))) wants to perpetuate is the morality of this crusade.

The Rebels in both Space Aleppo and Real Syria only achieve any decisive victories with the support of an overwhelmingly white Air Force keeping the skies clear above them, with the Royal Air Force and USAF creating Imperial and Russian no-fly zones respectively (no, I’m not kidding — these are literally British fighter pilots in X-Wings). The Empire and Russian Federation are non-specifically bad, while the Rebels are non-specifically good. As Rogue One embraces moral ambiguity through screening the brutal spectacle of war fought hard on both sides, the shallowness of the Rebel mentality is exposed. The Rebels have a Cause, even though they can’t describe it or tell you what it is. Like Clinton supporters, they’re with Her, because she offers the empty Hope that somehow, in some strange, emotionally tinged way, things can be different. The Latest, Greatest, and Most Right-Wing character to enter this movie is Lord Vader. At this stage of the Star Wars narrative Vader is still an unapologetic jackboot and whilst Anakin may have been born on Tattoine, the character and motivations of Vader were born in the darkness, and molded by it. Resented by technocratic Empire officers for subscribing to the kooky Force religion, Vader is an Evolian amongst the bureaucrats, a pseudo-Knight of Europe set against the occupying Clintonites of the Rebellion. His swaggering robocrotch and slinky black wetsuit is “. . . a perfect expression of Fascist ideals, a glittering example of Aryan technological supremacy and aggressive masculinity [3].” Vader is a man of strong opinions and expresses them with clarity and vigor, smashing and smiting his way through Rebel Losers, red lightsaber swirling hypnotically in the darkness. And in a galaxy of empty spite and sarcastic robots, our man Vader is the most powerfully human. Part Cyborg, All Fascist: I’m with you, Lord Vader.