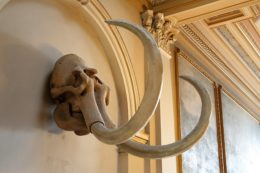 Well it’s come down to the wire. You were probably hoping to pull the lever for Jeb Bush right about now. Some of you are writing in John McCain to signal your piety towards the 2000-2008 Republican party line.

But that ship has sailed. You have to make a decision. For all your talk of love for country and party, you have to decide whether you want to throw your miniscule weight as a private citizen and voter behind the rightful Republican nominee, Donald J. Trump [2], or the long-reviled Democrat, Mrs. Bill Clinton [3]. You have decide what you will tell your wife’s son when you look into his eyes.

First of all, you’re right that he is not a trve conservative. But I’ve got news for you—who, by the way, are “conservatives” of a classical liberal revolution (1776) and therefore the “real” liberals. You lost. That’s right. You lost. Done. Finito. You ran like a dozen palette swaps of the same person against Trump [5] because you couldn’t agree on which milquetoast asskisser and backbiter you wanted at the helm of the state for the next four years. Meanwhile, the standardbearer of the hyperconservative Tea Party faction, Ted Cruz, has already bent the knee [6] for Trump and endorsed him. You also ceded irreparable ground on cultural issues and race relations. Since 1965, the left in this country has aggressively campaigned to normalize the idea of mass non-white immigration to the United States [7]. Because these people are more likely to vote for “big government,” their transplantation and harvesting has flipped your saintly Ronald Reagan’s home state of California, and the Confederate capital state and founding colony of Virginia to blue. Demographics also threaten to make Arizona, Georgia, and even Texas [8] into swing states. Is there a Republican path to victory without Texas? Do you want to find out? So by the way, you should be for the immigration ban [9] on countries whose immigrant populations produce Democrats [10]. I mean, unless you’re an idiot.

Trump is not conservative on every issue. But he is offering you a lot. He has repeatedly vowed to appoint Supreme Court justices who would be like the late Antonin Scalia [11], a Constitutional originalist. That means pretending it’s the 1780s when you take out your pocket edition. I don’t know that you can get more conservative than that in American context. Scalia’s the guy liberals cheered the death of. You remember him don’t you? Your enemies celebrated his death as if they’d killed your commander in the field of battle and routed your army. Don’t you want to hit back?  Do you really want (((Merrick Garland))) to be the fourth Jewish and ninth non-WASP judge on the Supreme Court [12]? Is that what representation looks like? Remember, there are people on the court right now who were appointed several terms ago. There could be as many as three seats reassigned over the next eight years. Who do you want in charge of that? A Democrat, or a Republican? And before you wander off about how an unelected court shouldn’t have the power to change the laws of the country, it does, and you aren’t taking that away from it any time soon. So again, who do you want putting people on the unelected court?

Trump is also fairly conservative on the Second Amendment, abortion, taxes, and other things you claim to care about. And he loves Israel so much he’s given two of his own children away in marriage to the tribe. This man may have grandchildren fighting in the IDF someday and he’s not a real conservative?

So what’s the problem? Oh right. You don’t like the means to the end. You don’t like the nouveau riche New York billionaire with a taste for Slavic supermodels, gilded Midas towers, and casinos; an aggressive attitude towards foreigners who are here illegally; and a foul mouth when it comes to women. You don’t like him for the same reason the GOP voter base likes him. He’s “politically incorrect.”

Well let me tell you something about political correctness. The same people advocating for it and viciously castigating Trump in the media for saying “mean things” are almost uniformly Hillary donors and voters. Why are you letting them set the parameters of political discourse? They hate you. They’d have called any Republican nominee Hitler and you are choosing to buy that all of a sudden because Trump has said lewd things and thinks we should deport people who have violated the laws of our nation? You won’t vote for Trump because he’s a “racist”? Apparently you haven’t been to college since the 1980s, my dear Reaganites, or you’d know that all White males are racist and that the GOP and the entire United States are “institutionally racist.”

So the ball is in your court. You have to vote for the racist, sexist bigot because no matter who wins the Republican nomination, if he’s a White male, especially a conservative one, he’s all of those things. Remember Mitt Romney’s “binders of women” sexist remarks? Guess what Obama was being sent lists of [13] according to the Podesta email leaks? Women and minorities he could appoint to White House positions. But Obama isn’t “racist” or “sexist” now is he?

If you buy the whole paradigm about political correctness and anti-racism as being the highest civic virtues (as the left does in this country), you can’t vote for anyone the GOP runs in good faith. Even Ben Carson is probably a “racist.” I mean, mostly White people voted for him right?

So let’s make this simple. The ends are a conservative Supreme Court, some conservative policies, and a smashing victory in the culture wars. You want that. You need that. The means are a man you personally dislike, Donald J.Trump, the last American [14]. You don’t want him, but you need him. The alternative is a liberal Supreme Court, fewer conservative policies, and a mandate to continue the culture war against your constituency of predominately Christian White Americans [15]. Is that the end you want? Or is there something you need to do in order to stop it?

You are the power brokers in this election. There is a reason so much press gets devoted simultaneously to every last #NeverTrump [16] soundbyte from your side, and to blasting your entire conservative base as deplorable un-Americans [17]. They want you to stay home and elect Hillary Clinton.