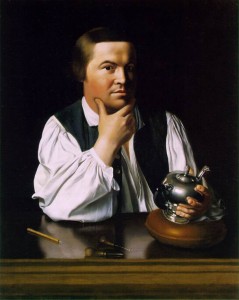 For the past few days the mainstream media have been deluging us with one of their favorite clichés about Euro-American nationalism. They keep telling us that the Alt Right or New Right are just old-fashioned “racism” relabeled as a public-relations move. According to The New Republic [2], National Review [3], the New York Times [4], and the Washington Post [5], this rightist movement is nothing more than old-style “white supremacy” and Klanster cross-burnings, now dressed up in Jos. A. Bank suits at posh intellectual conferences.

This trite formulation got a good workout during last weekend’s press conference at the NPI confab in DC, where the usual question was some version of, Isn’t this new Alt Right thing just a convenient rebranding to make yourself more acceptable? As recounted here [6] a few days ago, Jared Taylor finally refuted the question nicely and eloquently. (“The suggestion in your question is that this is some kind of attempt to hide the ball, to pretend that we are not who we are. No one is guilty of that . . . We are exactly who we say we are.”)

Taylor’s answer may have killed the question for the press conference, but we were still doomed to hear it again and again in the following week, as the media gloated and kvelled over Richard Spencer’s immortal “Hail Victory!” toast — when he raised a whiskey glass, and a handful of attendees answered with a Roman salute.

These alt-righters are just Nazis, KKK, old-style racists and supremacists, came the unvarying refrain in the papers, the TV news, and the mainstream blogosphere.

This sort of image makeover is a big part of the alt-right’s game. They want to convince the media that they are a “new form” of white nationalism that we’ve never seen before: clean-cut, intellectual, far removed from the unpolished white supremacists of the past. But the alt-right is not as new as we might think. In fact, efforts to dress up white supremacy in ideas and middle-class respectability have been around since the first organized movements emerged in the late 19th century — and once again, people are falling for it.

Ms. Baker goes on to explain that the Alt Right is hoodwinking everyone because of “a lack of historical awareness.” That is, most people (or at least the news media) don’t know that “‘intellectual’ white supremacy” and “scientific racism” have a long history in America. Because, it seems, these folks have never heard of “the national Ku Klux Klan of the 1920s, [or] the Citizens Councils of the 1950s and ’60s.”

To any product of American schools, or who watches American television for a day or two, this claim is astonishing and laughable. If there is one moralistic narrative we are thoroughly drenched with in our education and media, it is the standard-received fable about racism, civil rights, and the need to maintain our Sisyphean struggle for racial equality.

So what news here? Well, Baker seems to think she has some special news to impart to us, some obscure nuggets of history we may have overlooked. About halfway down her column, she starts telling us about a long-forgotten ideologue named Madison Grant, author of The Passing of the Great Race (1916). Grant’s book was a bestseller in multiple translations, Baker notes, before breathlessly informing us that “Adolf Hitler relied on Grant’s ideas about the supremacy of the Nordic race to support sterilization and horrendous medical experiments.”

Now, Madison Grant is hardly obscure or forgotten; at least he’s well known to the sort of people who read Counter-Currents. But it is obvious that Baker doesn’t know much about Grant beyond what she’s gleaned from Wikipedia and other derivative sources. She’s never read him, and doesn’t understand the intellectual context of his time. If she did, she’d know it was an era when numerous writers on ethnology and eugenics (e.g., H. H. Goddard and Lothrop Stoddard) were also popular and influential.

Baker’s superficiality is obvious when she invokes a humorous snippet from The Great Gatsby to show how far Grant’s ideas had penetrated popular culture of the 1920s:

[I]n “The Great Gatsby,” F. Scott Fitzgerald reflected the way the ideas of Grant and other scientific racists worked their way into mainstream thought. “Have you read ‘The Rise of the Colored Empires’ by this man Goddard?” Tom Buchanan asks, in a thinly masked allusion to Grant. “It’s a fine book, and everybody ought to read it. The idea is if we don’t look out the white race will be — will be utterly submerged. It’s all scientific stuff; it’s been proved.”

Problem is, the character isn’t describing Grant’s book at all, but Lothrop Stoddard [9]‘s The Rising Tide of Color (1920), not coincidentally a bestseller from Fitzgerald’s own publisher, Scribner’s.

If Baker knew a little more about 1920s publishing trends, or the fact that Grant’s primarily focuses on European ethnology while Stoddard’s forecasts the rise of East Asia, she wouldn’t make such a boo-boo. And if she had some real familiarity with the material itself instead of borrowing opinions third-hand, she might be able to tell us something about Stoddard’s and Grant’s theories, and why they were so naughty — if indeed the theories were naughty. Of course Baker should know this, since it belongs to the broad milieu of her book, Gospel According to the Klan: The KKK’s Appeal to Protestant America, 1915-1930 (Lawrence: University of Kansas Press, 2011). One has to wonder about the value of her research.

Finally, and fittingly, it escapes Baker’s un-nuanced gaze that the episode she quotes is intentionally satirical. It depicts a empty-headed boor who pontificates about a big, important book but gets the title and author wrong.

Another dark passage Baker thinks she is wresting from the obscurity is the tale of Citizens Councils in the 1950s and ’60s. Here at least she is honest enough to refer to them by their proper name, not the “White Citizens’ Councils” usually described by leftist journalists and historians.

But again, her treatment is superficial and misleading. The Citizens Councils were formed at a specific time for a specific need, to obstruct and manage the attacks being made upon local communities by the Federal government and Communist-backed “civil rights” organizations. It is not surprising to learn that Harper Lee’s own father, the “Atticus” of To Kill a Mockingbird [10] and Go Set a Watchman [11], was a segregationist and Citizens Council member. To Baker, however, the Councils were no more than an attempt to present “‘respectable’ racism” with a veneer of politesse — rather like the Alt Right!

Rather than the vigilantism and terrorism of the 1950s and ’60s Klan, the councils relied on more middle-class methods of opposing civil rights: boycotting black-owned businesses and denying mortgages to black people. The sociologist Charles M. Payne describes them as “pursuing the agenda of the Klan with the demeanor of the Rotary Club.”

For all the imagined obscuranta Baker thinks she is digging up, she is amazingly uncurious about the actual origins of what we now call white nationalism. Either she does not know, or doesn’t care to remember, that America was conceived of as a specifically Euro-American country — a white nationalist polity, if you will — from its very beginning. And this is not something you needs to intuit by looking at portraits of Founding Fathers and Founding Mothers by Stuart and Copley and Peale. All you need to do is look at the original Naturalization Act of 1790, which limits citizenship to “any Alien being a free white person . . . of good character.”

Baker, and most other critics of white nationalism, like to tar its modern proponents with the weird theories of dead scoundrels, but they seldom examine the scoundrels and theories that created the country in the first place.