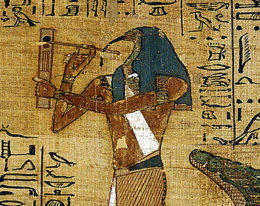 This interview was conducted by an academic researcher who is writing a book on the Alternative Right.

Just for a little bit of background, it is clear that you’ve been involved in the White Nationalist movement for a long time. Can you briefly explain your role in this movement, going back to when you first became directly involved?

I was red-pilled near the beginning of 2000. The first White Nationalist movement gathering (broadly defined) that I attended was on Labor Day in 2000, when I saw David Irving speak in Atlanta. From the start, my role in White Nationalism was dictated by my conviction that before we can create political change, we need to establish certain metapolitical preconditions. We need to answer questions about identity, morality, and the politically possible. We need to create organizations to cultivate and propagate ideas. We need to create a thriving White Nationalist community. We need to transform people’s worldviews by influencing the education system and the culture at large. We need to deconstruct the hegemony of multicultural, egalitarian, and anti-white ideas and create a pro-white counter-hegemony in its place. And when our values and worldview have sufficiently permeated the culture, it will be possible for White Nationalists to gain actual political power and put our ideas into effect.

In the fall of 2007, I took over the editorship of The Occidental Quarterly, a position I held for 2-and-a-half years and nine issues of the journal. I also edited and published Kevin MacDonald’s Cultural Insurrections: Essays on Western Civilization, Jewish Influence, and Anti-Semitism (Atlanta: The Occidental Press, 2007). In 2009, I started their now moribund webzine TOQ Online. In June of 2010, I launched Counter-Currents Publishing with my then business partner Michael Polignano. I have been the sole owner since 2014. As of this writing (October 13, 2016), Counter-Currents has published more than 30 books, more than 5,000 online articles, reviews, etc., and more than 200 podcasts. I’ve lost track of the number of interviews I have given. Starting in 2007, I have also organized more than 10 White Nationalist weekend conferences and dozens of smaller events.

How does the White Nationalist movement differ today compared to when you first began this work?

The movement is much larger than when I started, and on average it is much younger, hipper, smarter, funnier, and more effective. It is much more savvy in its use of the Internet, video, audio, and print media. It is much more optimistic about our ability to create positive change. It is also slightly better funded and slightly better organized. Once our funding and organization catch up with our growing numbers and talent, our reach and influence will explode.

You recently penned an article titled “The Alt-Right Means White Nationalism . . . or Nothing at All [3].” This is interesting because on this point you are in agreement with most of the scholars and journalists that have looked into this movement. But there are plenty of people that disagree with that assessment. For example, I spoke to a large number of young people that attended a recent Milo event, encountering multiple people that described themselves as Alt-Right, but that also insisted that the Alt-Right is not about race. What is your take on people who claim to embrace the Alt-Right but also downplay or even deny its racial element?

What do you see as the relationship between the Alt-Right, and White Nationalism more specifically, and the Trump campaign?

The movement has a long and frankly embarrassing history of deluding itself that mainstream politicians (for example, Patrick Buchanan, Ron Paul, Vladimir Putin) will somehow save us while leaving the present political system and its reigning taboo against white racial consciousness intact. White Nationalists routinely donate more time, money, and social capital to system politicians who disagree with us and denounce us than they do to building up our movement.

Given that history, it is easy to see Trump as just another man on the white horse, worshipped by legions of deluded fanboys. And in some cases that is true. But overall, it is not that bad. Because in the case of the Trump campaign, two things are different. First, Trump is actually advocating policies that are good for white Americans, specifically the border wall, deporting illegals, and the Muslim ban. Second, today’s movement is much more mature. Much of the extreme adulation of Trump is, frankly, ironic rather than sincerely delusional. It is meant to trigger Leftists and is a way to build in-group solidarity. But most of the movement is quite realistic about Trump’s limits and differences with us. There is a widespread consensus that this time, we are not going to be fooled. We are using Trump. Trump is not using us.

The Trump candidacy is tapping into a change in consciousness that is being produced by white demographic displacement, and the Alt Right deserves a great deal of credit for making people aware of this fact and helping to articulate both the problems we are facing and a way forward. Whether Trump wins or loses, those forces will still be at work. White Nationalism existed before Donald Trump, and it will continue to exist and grow no matter who is in the White House.

To what extent is the Alt Right a coordinated movement? Is it mostly an army of atomized individuals scattered across the internet, doing their own thing, or is there a degree of organization that might not be apparent to people observing the Alt Right from the outside?

One of the strengths of the Alt Right is that it is largely a resilient network of atomized individuals doing their own things on the web, with a net positive synergistic effect. But increasingly we are having real world meetups, and not just at expensive national and international conferences, which have limited utility for networking, but in the actual communities where people live in every corner of every white country.

But the quickest way to get Alt Rightists to fall out among one another continues to be trying to create an organization. Some of these groups fall apart because they can’t even agree on a name. But there is still progress in this area, even though it is two steps forward, one step back, and often up a very steep learning curve. But the movement is growing, maturing, and becoming more functional. Much of the progress has come from the increased percentage of neurotypical individuals as opposed to autistes, eccentrics, and cranks. This is what Seventh Son of TRS calls the rise of “Chad nationalism.”

Although there never will be a central command on the Alt Right, we definitely need to work on creating forums and channels through which activists and content providers can meet and coordinate their activities. Unfortunately, the first instinct of every person who thinks of creating such a group is drawing up a blacklist of people who cannot participate. But that renders the whole exercise futile, since perhaps the main benefit of such an organization would be to build trust and reduce conflict between enemies and rivals. With long-simmering conflicts, it is usually impossible for the two parties to make peace without outside mediation by authoritative figures.

We know that the governments of every white country dedicate considerable resources, talent, and manpower to sowing discord within the broader nationalist scene. It is a hallmark of our movement’s immaturity and pettiness that we still have not organized any vehicle for fighting this. And until we do, our movement will probably be more resistant to disruption by remaining in its present decentralized and anarchic state.

Has the Alt Right reached a ceiling on what it can accomplish as a predominantly online movement, or will its influence and reach continue to grow?

We are just getting started. The Internet is for all practical purposes endless. Thus there will always be room for growth. If I get my way, our online influence will grow to the point that our ideas completely saturate the entire web and Leftists are as marginalized as pedophiles trading jpegs in secret forums. That is what cultural hegemony means, and that is our aim. But of course we cannot change the world merely by occupying cyberspace. We have to occupy meat space as well. And there is tremendous room for growth in community organizing and eventually political organizing as well. After all, the whole point of metapolitics is creating political change.

The Alt Right and White Nationalism received a tremendous amount of media coverage because of the Trump campaign, bringing these movements to the attention of people who otherwise probably would not have known that they even existed. Eventually the 2016 election will be over, as will the post-election commentary. Is there a general strategy within the Alt Right to maintain its current momentum?

There’s no general strategy because there’s no general anything beyond a core intellectual consensus about the problems we face. My strategy is to keep doing what I have been doing for 16 years now, with increasing success and momentum. Trump did not make me. He did not make Counter-Currents. He did not make White Nationalism or the Alt Right. What created our movement are the objective problems with multiculturalism, and our efforts to raise and channel our people’s consciousness of them. Until we defeat and depose the establishment and end multiculturalism, White Nationalists will have a growing constituency, because the problems with multiculturalism are only getting worse. No matter who wins the election, those problems will remain.

In the long term, if Trump wins, he will give us some demographic breathing room. He will build the wall, deport 30+ million illegals, ban Muslim immigration, and crack down on black crime. Such policies will slow down but not stop white demographic displacement. So in a Trump administration, we will have to exert constant pressure first to get Trump to keep his promises and then to move the goalposts further toward White Nationalism.

In the long term, if Hillary wins, she will accelerate white demographic displacement by erasing borders, amnestying invaders, pandering to black rioters and Muslim terrorists, and doubling down on attacks on whites and white advocates. If she wins, it will be impossible to save the United States in one piece and within the current system. Which means that all the energy of White Nationalism will be channeled toward creating a post-American political order.

I remember the first time Hillary was in the White House. I remember the intense loathing on the Right for her and her husband. I remember energy and enthusiasm and large influxes of cash that the mainstream conservative movement then channeled into absolutely nothing. That is an environment in which our movement will flourish. I want to ride that wave. Now we have a movement that can channel that energy and idealism and money into creating a revolution.