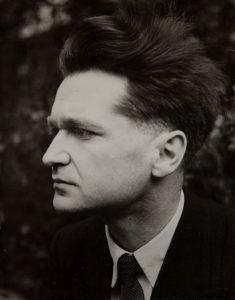 Translated from the French. Improvements from the original Romanian are therefore welcome.

No politician in the world today inspires as much sympathy and admiration in me as Hitler. There is something irresistible about the destiny of this man, for whom every act of life has significance only by its symbolic participation in the historic destiny of a nation. For Hitler is a man who does not have what is called a private life. Since the war, his life is an abnegation and a sacrifice. A politician’s lifestyle acquires profoundness only when the desire for power and the imperialist will to conquer are accompanied by a great ability for abnegation.

The mystique of the Führer in Germany is perfectly justified. Even those who consider themselves passionate opponents of Hitler, and who claim to hate him, are in reality carried away by the flows of this mystique which has erected his personality into a myth. During the Röhm conspiracy, when nothing official was yet made known, I heard so many people who, the eve, criticized Hitler unreservedly, exclaiming: “Let’s hope nothing has happened to him!”

His speeches are marked by a pathos and frenzy which only the visions of a prophetic spirit can reach. Goebbels is finer, more subtle, has a more discrete irony, he has nuanced gestures and all the appearances of a refined and skillful intellectual, but he is not capable of the volcanic and torrential explosions which deprive you of your critical spirit. Hitler’s merit is to have deprived a nation of its critical spirit. One can dynamize something, one can create effervescence only insofar as one deprives men of that freedom which is their distance between each other and themselves [entre eux et soi]. The fecundity of a vision is revealed only by its ability to seduce. To be able to accuse of irresponsibility those who have chosen another path, here is the dramatic destiny and the responsibility of any visionary, dictator, and prophet.

With Hitler, the ability to seduce is all the more impressive in that it is not assisted by the charm of an expressive physiognomy. His face never expressed anything else than energy and sadness. Because one must know: Hitler is a sad person. This sadness stems from too much seriousness. This characterizes the entire German people, a hopelessly serious people, compared to which the Latin nations are jokester-nations.

I had the opportunity to witness one day, in Berlin, a sort of collective ecstasy before the Führer. During a celebration, at the moment when Hitler was passing on Unter den Linden, the population rushed forward and surrounded his car, without being able to pronounce a single word, paralyzed. Hitler is so rooted in German consciousness that there would need to be big disappointments for people to distance themselves from worship of him. It is perfectly curious to see that Hitler has risen in the confidence of the nation after the recent crisis of the party.

Those who voice reservations regarding him mention his “lack of culture.” As if, to lead a nation, one needed to cite Goethe in every speech! What matters is an infinite vibration of the soul, an absolute will to realization in history, an intense exaltation up to the absurd, an irrational élan to sacrifice one’s life. Let us admit that, in the dictatorships of Europe today, this great tension is present. It is necessary to become a power. We must also seriously ask ourselves if small nations can advance without resorting to [passer par] dictatorship.

It is equally true that dictatorships represent crises of the spirit. Each marks an emptiness in the historical progress of culture. A fair number of National Socialists concede this. Lack of universality, that is the problem of German culture. And National Socialism has made even the illusion of a universality disappear. Judging it from a strictly political viewpoint, it is a movement of an astounding magnitude. An extraordinary dynamism has seized the nation and has imprinted upon it a rhythm of unheard of intensity. In only a year, National Socialism has created more than Fascism in ten. Mussolini is perhaps more gifted than Hitler; but let us not forget that Hitler has fought longer, that he has encountered incomparable difficulties, and that the destiny of Germany is infinitely more complex and dramatic than that of Italy. A genuine social tragedy is taking place in Germany: in the current conditions, it is humanly impossible to defeat unemployment. The nation’s tension is so great that, given the impossibility of bringing immediate and concrete solutions to many insoluble problems for the moment, one persists in an atmosphere of “perpetual dynamic” whose dangers were highlighted by [Vice Chancellor Franz] von Papen in his Marburg speech, a harsh criticism of the regime, made in the name of the Catholic opposition.

The opposition of the Catholics is undeniably great. The pope having forbidden young Catholics from joining the Hitler-Jugend, the Hitlerian pressure and reactions have led to a serious conflict with the Catholics. The Bavarians, who are strongly practicing Catholics, would not hesitate an instant if they had to choose between their faith and National Socialism.

But Hitler means more for the German people than I-know-not-what pope who gets involved in the internal affairs of a people in the name of a Christianity trivialized by politics and called Catholicism.

Hitler has passionately set ablaze the political struggles and dynamized by one messianic breath an entire domain of values which democratic rationalism had made flat and trivial. We all need a mystique, for we are all tired of so many truths which do not burst forth from the flames.