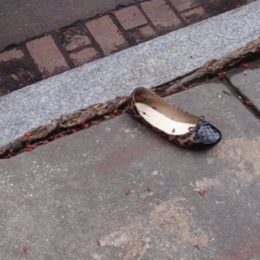 On 9/11/2016, Hillary Clinton collapsed at free-fall speed into her own footprint, after making an early exit from a 9/11 commemoration in New York City. At first the Clinton campaign said she was overcome by the heat. But I am sure that at least 88 scientists can be found to sign a statement that temperatures in the 70s, a gentle breeze, and low humidity are not sufficient to cause knees to buckle.

Obviously, her entourage has seen this kind of stuff before, for instead of rushing her to the hospital, they whisked her off to her daughter Chelsea’s multi-million dollar Manhattan apartment. Later in the day, she emerged saying she felt great. And Clinton’s doctor claimed that she had been diagnosed on Friday with pneumonia.

Oh what a tangled web.

Those of us who follow politics have long been convinced that Hillary Clinton is hiding severe health problems that would disqualify her from being president in the eyes of most Americans. The alarming seizures, the persistent coughing fits, her need for help up stairs, her long “bathroom” break during a debate, her rare public appearances, her general low energy, and now this all point to something seriously wrong. The politically informed also have known for a long time that Hillary Clinton is too dishonest, selfish, and corrupt to be trusted with the presidency.

The reason that both of these truths are not widely known and accepted is simple: the Democrats and their allies in the media do not want them to be known. And to form dissenting opinions, one must draw independent inferences from large numbers of facts observed over a long period of time, something that exceeds the knowledge base, attention spans, and reasoning skills of the average voter. But now — praise Kek and his anointed one, the God Emperor — none of this matters, for the normies have undeniable visual proof of both theses. We can now see that Hillary is a sick woman. We can now see that she and her campaign have been lying about her health problems. And, we now know that these lies are not an aberration, but standard procedure — not the last resort but the first — because the campaign compounded them with two more lies: first the claim that Hillary was overcome by heat, then the claim that she was diagnosed with pneumonia on Friday.

Why does the pneumonia diagnosis ring false, aside from the Clinton campaign’s long track record of lies? Pneumonia would certainly explain Hillary’s cough. But Hillary has been coughing for months. And it is not possible that she has been walking around for months with undiagnosed pneumonia. Besides, didn’t she claim during a coughing fit in Ohio that she was suffering from allergies? (The Clintons resort to lying so quickly that they don’t even bother making them consistent.) But Hillary is damned if she really does have pneumonia too. The doctors, of course, have not said what kind of pneumonia Hillary has, but if it is one of the contagious varieties, it would be incredibly callous, selfish, and irresponsible for Hillary to expose other people. More than 50,000 Americans die every year of influenza and pneumonia, most of them children, old people, and people with compromised immune systems. But Hillary Clinton has piled up mountains of corpses in Libya and Syria alone. So what’s a few more deaths to slake her ambition?

But presumably, among those exposed to Hillary’s pneumonia are her two small grandchildren, born in 2014 and in June of this year, making both of them especially vulnerable. Were the babies in Chelsea’s apartment when Hillary turned up after her fainting spell? Would Chelsea have let her mother in if she really had pneumonia? Anything is possible, I suppose, given that we are dealing with sociopaths. One of the clearest signs of America’s decline is that there are no people who can say “no” to reckless ambition and folly. There is nobody looking out for the common good of America, because in an increasingly multicultural society, we have nothing in common, much less a common political good.

But even within our leading political parties, there are no “elders” looking out for their long-term interests. There were no Republicans willing to say “no” to Ted Cruz’s candidacy, even though he is not a natural born citizen and thus not qualified to run for president in the first place. And there were no Democrats willing to say “no” to Hillary Clinton, even though she is a spectacularly corrupt and incompetent candidate. And if her past record did not disqualify her, gaming and cheating Bernie Sanders out of the nomination really should have.

But the Democratic Party, like America as a whole, is in deep decline. How else could the political vehicle of the Eastern liberal establishment, surely one the most formidable oligarchies the world has ever known, fall into the hands of a criminal gang led by a white trash grifter from Arkansas?

But in a sick society like ours, enough is never enough. Americans have been programmed with a profoundly self-destructive ideology, liberals especially. They will keep squeaking about Hillary’s vagina, dem programs, and the transcendent need to stop the hated fascist Trump and humiliate his deplorable white trash followers, until — like a pack of lemmings — they plunge to their doom. Unfortunately, they have the power to carry the rest of us with them.

The Bill Clinton machine — and make no mistake, this is Bill Clinton’s grab for a third term in the White House — is so criminally selfish, criminally reckless, and just plain criminal that they would prop up Hillary’s corpse like El Cid and hope that it leads them to victory rather than admit defeat like honorable men.

The only people who can say “no” to this insanity now are the voters, by electing Donald Trump. Hillary Clinton’s downfall is white America’s rise. Just watch.