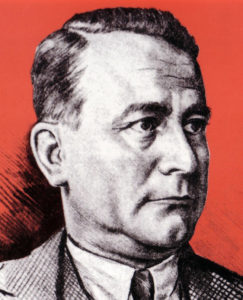 In the coming years, we will considerably expand our coverage of Schmitt by commissioning studies of his various works as well as translations of literature by European New Right authors. All of this is contingent on our ability to raise the necessary funds, so please consider donating [51] to our summer fund-raising campaign today.