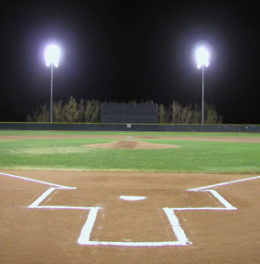 Last fall, I was watching the World Series, the Kansas City Royals versus the New York Mets. I have a little more than a casual interest in baseball, but I didn’t really care who won (the Royals did, by the way, four games to one). Rather, I’m drawn to the game by its lingering suspense, myriad decisions, and brief bursts of action. A tightly contested baseball game can suck me in for a long time.

But the thought occurred to me that in order to take this White Nationalism thing seriously, one would have to turn one’s back to all of this. Really, professional and college sports have become so ubiquitous that it becomes difficult for many of us to envision an America without it. And what would we lose? Quite a lot. Millions of Americans identify themselves at least partially with their sports teams, college or pro. It’s part of who they are. Sports have also become embedded in American history and folklore. In baseball alone we have Babe Ruth, Ty Cobb, Jackie Robinson, Willie Mays, Joe DiMaggio, Hank Aaron, Mickey Mantle, the list goes on. These men were all bigger than life and achieved legend status while still in their primes. They have been heroes to more Americans than the soldiers who’ve fought and won our wars. And why? Because there is something mesmerizing about sports. It contributes to the sublimation of many of our more aggressive tribal instincts, rendering them more or less harmless in real time.

For example, a friend of mine, who by all accounts is a mild, church-going fellow, got into it on Facebook with some Mets fans during the fifth and final game of the Series. He is a big Kansas City Royals booster, but I didn’t know how big until he began taunting his Met-fan friends during the game. The taunting got worse as things got more and more desperate for the Mets. After a while, the Mets fans stopped posting altogether, but the taunting continued. It was almost cruel. But my friend didn’t care. His boys were winning. And he was feasting on his opponents’ broken dreams and washing it all down with their sweet, sweet tears.

Could a person like this ever accept a White Nationalist worldview? Well, possibly. But to do so would mean discarding part of his own identity. Because hand in hand with serious sports fandom comes its buck-toothed, red-headed stepchild: negrophilia. Due to the manifest talent and passion blacks have for sports, it is very difficult to have one without the other. Sports writers often like to describe how sports help Americans overcome racism. And they’re right, at least as far as whites are concerned. If your team is down four to two in the bottom of the seventh, and your very black shortstop cracks a rocket of a line drive to left field, bringing in two runs to tie the game, are you not going to cheer? If you love your team, it would be impossible not to, regardless of what that shortstop looks like. And if that shortstop performs well enough on the field and behaves well enough off of it, eventually you’ll get to love him as well. They’re not talking about making a statue of black Red Sox slugger David Ortiz in Boston for nothing.

To take this idea even further — and to demonstrate what we’re really up against –– I remember during the Series that a couple of the female Met fans on Facebook (pretty white girls, both) kept referring to one of their relief pitchers as “Big Sexy.” This was Bartolo Colón, a pudgy, round-faced Dominican in his early forties. Truly, looking at him does not exactly scream “baseball player,” let alone “athlete.” But there he was, saving games for the Mets in the postseason. And his fans were loving it. And him.

This is a rich life we’re missing out on because the quality of play from most of these athletes is quite high. But we miss out on this life only because we envision a richer one; one which cannot coexist with the present.

Imagine taking a large swig of 150 proof grain alcohol. Sure, there’s an immediate rush, but if you drink enough of that stuff, the poisons in your body set in and the rot starts to spread. This is my analogy for the presence of blacks in civilized societies. It’s thrilling to watch them perform (whether it’s music, dance, or sports), but when you get enough of them in your country, things start to fall apart. We have been witnessing this in our inner cities and in places like Ferguson, Missouri since the 1960s. White Nationalists envision a world which does not have these problems. Imagine an America with less poverty and crime and illegitimacy. Imagine an America with functioning inner cities and safe, high quality public schools. Imagine an America without endemic drug addiction and gang activity. Imagine an America lacking Third World-styled corruption and dysfunction in its government. This is a great world we envision; only to achieve it there would have to be far fewer blacks than we have today. The majority of American blacks would have to be repatriated somewhere. It would be a dirty job, yes. It would have to be done with as much compassion and respect for human rights as possible. But it still must be done. In fact, some Black Nationalists might even help us.

And the price we would ultimately pay for all this? Fewer baseball stars. Not a bad tradeoff, in my opinion.

Maybe, just maybe, our identification with sports teams can go just a wee bit too far. Maybe by taking sports and its concurrent negrophilia too seriously, we neglect other aspects of our identities, ones that will, in the long run, ensure our survival as a people and as a race.

Our tribal affiliations go much deeper than the city we’re from or the team we followed when were kids. Once upon a time, they stretched across entire nations and continents. From one ocean to the other. On September 12, 1683 the largest cavalry charge in history descended upon 140,000 Turks camped outside the gates of Vienna and routed them. The cavalry was composed of nearly 25,000 Poles, Germans, Austrians, and other European nationalities, all aligned to rid Europe of its invaders by the sword. A pan-European all-star team, if you will.

Where is that attitude now? Where is the cavalry? Distracted by sporting events while non-white invaders and their Leftist enablers slowly rob us of our homelands? When are we going to realize what is going on?

I’d like to think that articles like this one have influence, but I know that they really have very little, if any. Only history can exert the kind of pressure needed to force people to give up one identity for another. And this has to be some pretty powerful history, such as a tremendous spike in anti-white crime and violence at the hands of the blacks and the browns abetted by a corrupt and inept socialist government. A Hillary Clinton administration and others like it, essentially, with so many amnestied black and brown illegals voting for them to kill any hope of a conservative ever winning the White House again. This is a very real possibility for the remainder of the 21st century. In such circumstances, history will be coming at white people fast. Whites will be in crisis. They will be suffering and will be forced to choose between their sexy black shortstops and their race much more quickly than anyone had predicted.

This is why I have sympathies with White Nationalism. I would like to avoid this kind of trauma. But for many, it would require a significant identity change right now and a letting-go of an America that isn’t as great as it could be. It would mean switching teams.