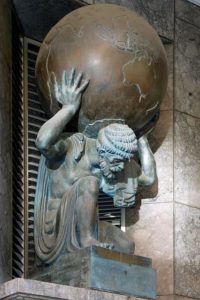 On June 11, the sixth anniversary of Counter-Currents going online, we launched our annual Summer Fundraiser, which ends each year on Halloween. Our goal this year is to raise $50,000. We have raised $6,679.31 so far from 120+ individuals, including a number who have begun monthly pledges. Thank you very much for a strong start.

Counter-Currents, like most publishers of dissident ideas, depends upon the generosity of our readers. And now more than ever, we need your support. The migrant crisis in Europe, almost daily attacks from Muslim and Black Lives Matter terrorists, the Brexit vote, and the Trump campaign mean that more of our people are listening than ever before for honesty about race, immigration, globalization, and nationalism. So we need to get our message to them. I have to get more articles, more podcasts, more videos, more translations, and more books out there. I need to travel more, network more, and bring more people together. And I can’t do it without your help.

There are many exciting things on the horizon for Counter-Currents.

There are many important books that we will publish between now and the end of the year:

And there will be a few surprises as well.

So please, if you value what we do here, make a donation today.