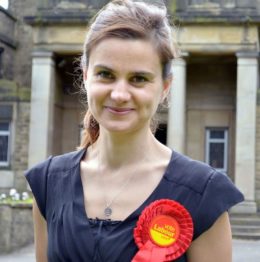 There seems to be a political consensus surrounding the murder of Jo Cox MP. The House of Commons and the House of Lords are to be recalled so that everyone will be able to pay tribute to her. Additionally, the other main political parties have announced that they will not be contesting the resulting by election that will take place as a result of her death.

The Labour leader Jeremy Corbyn assumed a statesman-like dignity when he said that, “She was taken from us in an act of hatred, in a vile act that has killed her. It is an attack on democracy what has happened today. It is the well of hatred that killed her.” Oh, how times have changed.

On 30 March 1979 Airey Neave was driving out of the House of Commons car park when a bomb planted beneath his car exploded. His right leg was severed and the left was left hanging on by a flap of skin. He died an hour later.

On 12 October 1984 a bomb exploded at the Grand Hotel in Brighton. It was intended to kill the whole of the Conservative government, and it did kill Anthony Berry MP as well as seriously injuring many others.

On 30 July 1990 as he reversed from his driveway, a bomb planted beneath Ian Gow MP’s car exploded. He died ten minutes later.

All of these MPs were assassinated by Irish nationalists. In none of these cases was parliament recalled. In each case a normal by election was held with all political parties taking part. Indeed, the by election held after Ian Gow’s assassination resulted in a win for the Liberal Democrats causing Ann Widdecombe MP to tell voters that the IRA would be “toasting their success.”

So, whilst the present Labour leadership is unequivocal in its absolute condemnation of the murder of Jo Cox, it is perhaps useful to remind ourselves of the support it expressed for the other three political assassinations mentioned above.

In October 2015 the Daily Telegraph published a report [3] into the involvement of Jeremy Corbyn and the Labour Shadow Chancellor John McDonnell with the IRA.

Through the 1980s, whilst the IRA was attempting to assassinate the entire British Government, Jeremy Corbyn attended official republican commemorations honouring IRA terrorists. According to the article in the Telegraph:

The official programme for the 1988 event, held one week after the IRA murdered three British servicemen in the Netherlands, states that “force of arms is the only method capable of bringing about a free and united Socialist Ireland.”

Jeremy Corbyn also seems to have supported the IRA’s attempt to assassinate the British government in 1984. At that time he was general secretary of the editorial board for a far Left magazine called London Labour Briefing. After the Brighton bombing the editorial board wrote an article praising the bombing:

the British only sit up and take notice [of Ireland] when they are bombed into it. . . We refuse to parrot the ritual condemnation of ‘violence’ because we insist on placing responsibility where it lies. . . . Let our ‘Iron Lady’ know this: those who live by the sword shall die by it. If she wants violence, then violence she will certainly get.

The same issue of Briefing contained a reader’s letter praising the bombing and making the following joke: “What do you call four dead Tories? A start.” (I seriously considered starting this article with the words, “What do you call a dead Labour MP? A start,” in order to appear tasteless, only to reveal later that it was a reversal of a joke published in Corbyn’s magazine. I chose not to because, unlike Corbyn, I try to be a decent human being and don’t enjoy mocking the bereaved.)

As for the present Shadow Chancellor, in 2003 he had this [4] to say about the IRA: “It’s about time we started honouring those people involved in the armed struggle. It was the bombs and bullets and sacrifice made by the likes of Bobby Sands that brought Britain to the negotiating table.”

In 2004 McDonnell was given a Hunger Strike commemorative plaque by Gerry Kelly who bombed London in 1973, killing one and injuring 200. (Kelly went on to become a Junior Minister in the Northern Ireland Assembly.)

It seems to me despicable to lament and weep over political violence when it is doing you harm but to celebrate it when it does you good. The present Labour leadership have not renounced violence as a political tool. Indeed, the left will never renounce violence. Instead they try to renounce violence directed against them, whilst actively supporting violence carried out against their political opponents. The fact that Corbyn is allowed to occupy the moral high ground by so many in Britain tells you a great deal about the skewed imperatives that reign there.