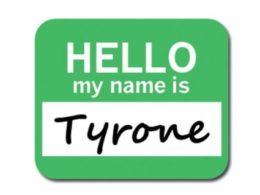 About six years ago, I was still indoctrinated by leftist thought enough to start a small online group I called “ARSENAL” (it stood for something like “Anti-Racist Studies e-North American Library,” from what I can remember). I started the group for the purposes of sharing and discussing sociological studies on race; and among the individuals I invited there was a black lesbian sociology professor I encountered in a prison abolitionist group. The main results of this exercise were:

The first thread to go was a very well-known study by the title of “Are Emily and Greg More Employable Than Lakisha and Jamal? A Field Experiment in Labor Market Discrimination.”[1] The significance of this study to anti-racist sociology overall really can’t be overstated. Searching the Web of Science database for “social science” > “sociology” > “race” reveals that the top 100 studies have a rough average of about 600 citations each. “Are Emily and Greg More Employable than Lakisha and Jamal?” has over 1500. It’s one of the well-known “anti-racist educator” Tim Wise’s favorite studies to reference, as well (and this is how I discovered it): even as recently as March of 2014, it was the first of just five citations he chose to incorporate into a major public speech.[2]

“In total, the authors responded to more than 1,300 employment ads in the sales, administrative support, clerical, and customer services job categories, sending out nearly 5,000 resumes. The ads covered a large spectrum of job quality, from cashier work at retail establishments and clerical work in a mailroom to office and sales management positions. The results indicate large racial differences in callback rates to a phone line with a voice mailbox attached and a message recorded by someone of the appropriate race and gender.” [3] The study ‘indicates that a white name yields as many more callbacks as an additional eight years of experience.’”

An article at Salon reporting on the study said:

[We] have a national religion . . . it’s Denialism. . . . [R]acism and white privilege dominate American society. . . . This truth is everywhere. . . . You can see it in a 2004 MIT study showing that job–seekers with “white names receive 50 percent more callbacks for interviews” than job seekers with comparable résumés and African American-sounding names.[4]

When summaries state that the study “responded to more than 1,300 employment ads . . . sending out nearly 5,000 resumes,” this seems to imply that we’re dealing with very large numbers of difference in callback rates. So the first thing I did was crunch the numbers in order to see what the difference in number of callbacks between these different applicants actually was. The study explains on page 7 that it uses both male and female names for sales jobs, but uses female names “nearly exclusively” for administrative and clerical jobs in order to ensure higher overall callback rates. In 5000 resumes, 1124 were male and the remaining 3876 were female (yes, the study appears to have been transphobic).

Of this total, 9 racially distinct names were then used to create 575 white and 549 black mens’ resumes, and 1938 white and black womens’ names. If we assume these names were divided amongst the total for each race equally, this means about 62 resumes were sent out for each mens’ name, and about 215 were sent for each womens’ name. Now, when the study compares the employability of “Greg” to that of “Jamal,” it tells us that the former received a 7.8% callback rate whereas the latter received only a 6.6% callback rate. Since these percentages are out of 62 attempts, what this means is that Greg received 5 returned calls, while Jamal received 4. The actual difference between them turns out to be a meager one call. The numbers fare only slightly better for the female applicants: Emily’s 7.9% callback rate equals 17 returned calls; Lakisha’s 5.5% rate equals 12. So in this case we have a whole five calls of difference between them. But this brings me to an even deeper problem.

On page 19, we see a record of the percentage callbacks obtained by each name.

What we find here is a striking degree of equality across over half of the total sample size.

Why haven’t commentators on the implications of this study seen fit to mention this?

In fact, to borrow an argument from Richard Lewontin, there seems to be more variation within each racial group’s rate of callbacks than there is between them.

Or, to put it another way:

Hilariously, the authors themselves even admit in their conclusion on page 20 that “there is significant variation in callback rates by name. . . . chance alone could produce such variation . . . .”

Steven Levitt of Freakonomics fame and Roland Fryer, a black economist, performed a different study called “The Causes and Consequences of Black Names” in 2004.[7] After looking at every single child born in California since 1961—in total, more than 16 million real-world subjects—documenting their eventual life outcomes, and then performing a regression analysis to see if “black names” had any adverse effects, they found that in the real world, there is “no relationship between how Black one’s name is and life outcomes.” They did find a relationship between socioeconomic status and later life outcomes, but with that controlled for, the effect of names (such as would go on one’s resume) disappeared completely. Funny enough, while “Are Emily and Greg . . .” has been cited some 1500+ times, “The Causes and Consequences . . .” has been cited less than 300. That absolutely should tell you something about the state of the field of sociology today.

Finally, a 2015 study by Cory Koedel called “Race and gender effects on employer interest in job applicants: new evidence from a resume field experiment”[8] tried to recreate the original “Are Emily and Greg” study while incorporating controls based on the insights gleaned from Fryer and Levitt’s study confirmed that distinctively black first names like “Precious” and “Tyrone” are associated with poor later outcomes only because they are correlated with low socioeconomic status (with blacks of the same socioeconomic status, with or without names like these, having perfectly equivalent life outcomes). To control for that, Koedel gave his fictional applicants distinctively black last names like Washington and Jefferson, and combined them with ambiguous first names such as Chloe and Ryan which are used by black and white Americans alike. His study’s conclusion?

Fryer and Levitt (2004) show that after taking into account the socioeconomic correlates of distinctively African-American sounding names, the large effect of these names on employer responses attenuates. Our findings provide evidence consistent with this point using newer, experimental data. [There is] little evidence of systematic employer preferences for applicants from particular race and gender groups.

All of this refutes the idea that employers simply discriminate against applicants on the basis of race itself, and it shows how sloppy journalists and researchers willing to take a study like “Are Emily and Greg . . .” as such impressive evidence are.

However, it could also be said that it merely pushes the real questions back rather than answers them, because leftists will be more than happy to change the subject and claim that racism is the only reason blacks in the United States experience greater rates of poverty, anyway. However, even if there is some truth to that, it most certainly isn’t the whole story—one’s behavior influences whether or not one will end up poor just as much as poverty influences one’s behavior.

We can see this quite vividly if we look closely at the relationship between poverty and crime. I’ve written an essay at Zombie Meditations titled “The ‘Poverty’ of Sociology” which covers that topic and defends the relevance of the human biodiversity perspective in extensive detail. While there is still much more to be said, the conclusion that I establish there—that there is far more influence of heredity on criminal behavior (which in turn will cause one to gravitate towards certain kinds of environments) than there is of those environments in causing criminal behavior—most likely applies to questions like these in general.[9]