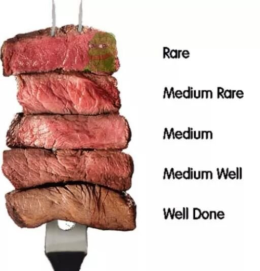 The Alt-Right is both a medium and a message. This is confusing for a lot of people. Don’t blame them. It’s tricky.

As a medium, the Alt-Right is an aspect of the internet and social media that makes use of a number of simple psychological tricks and which exploits a number of factors, including youth, anonymity, boredom, egoism, and shock value. This translates essentially into memes, trolling, shitposting, Tweeting, and various forms of LARPing and (usually anonymous) signalling. Its operatives are typically anonymous individuals, except in cases where they have been too stupid to ensure this.

The Alt-Right-as-Message, however, is a collection of ideas and moral positions that, like any ideology, has an inherent tonality and consistency (or not, in which case it needs to work harder at this). These ideas and insights involve anti-liberal, anti-globalist, and anti-egalitarian positions on things like gender, race, identity, materialism, and even economics.

Compared to the anonymity of the Alt-Right-as-Medium, the Alt-Right-as-Message has a pedigree and is associated with actual named persons – people like Dr. Kevin MacDonald, Jared Taylor, Stefan Molyneux, Dr. Greg Johnson, Richard Spencer, and many others.

Understanding this distinction will also help the leaders of the Alt-Right behave more correctly, as sometimes the hard work done by the intellectual wing of the Alt-Right can be damaged by lapsing back into LARPier territory. Rather than give actual examples, of which I am aware of several, imagine if the greatly respected Dr. Kevin MacDonald, no longer satisfied with just being called a “Nazi” by groups like the SPLC, was caught on camera sieg heiling and shouting “Race war now! Gas the Kikes!”

That would be a riot, and of course some would praise it as a forceful “rejection of Leftist moral framing,” etc. But would it be effective? The obvious answer is no. Indeed, it would be highly destructive, as his lifetime’s work would be easier to dismiss as the work of a “Neo-Nazi nut job.” So, ponder this hypothetical example next time you are unclear about these two aspects of the Alt-Right and how they interrelate.

An interesting real-life case is that of Ramzpaul who seems to be frequently embroiled in Twitter spats with what are known as 1488ers. As a talented vlogger, active Twitterer, and über-troll, who also seeks to hold an intellectually and morally consistent position that goes down well with young Eastern European women, Paul kind of straddles the divide between Alt-Right-as-Medium and Alt-Right-as-Message.

The problem however is not Ramzpaul, the problem is the anonymous 1488ers, most of whom are simplistic and anonymous. Paul is routinely lambasted for not being purist and hard-core enough. He also picks up flack for his “normie” tone and for being soft on the Jews, even though he has frequently criticized Zionism and Jewish double standards.

There seems to be a misperception among 1488ers that they represent the hard core of the Alt-Right and that those in the Alt-Right who don’t constantly signal a similar Vantard position haven’t been red-pilled enough. When they do defend Ramzpaul, as some of them do, they usually say things like, “He’s a good entry point into the Alt-Right for normies.” People like Stefan Molyneux are viewed in a similar way, allowing the young, anonymous, autistic 1488er to have a sense of intellectual superiority.

In short, the 1488ers believe that they represent the core and a higher level of the Alt-Right and that all other aspects of Alt-Rightism – Ancaps, the Manosphere, pagans, trad-Caths, etc. – are merely lower levels of red-pilling for the normie masses leading to them. Is this view valid in any way?

It is early days, as most 1488ers seem to have only been 1488ers for around six months or less. I suspect that a great many of them – especially the more intelligent and balanced individuals – will mellow out and seek a morally and intellectually valid position instead of something shockish and sockish.

But we can also answer this question by surveying the general characteristics of the two kinds of Alt-Righters. [2]The characteristics of the 1488ers’ modus operandi – simplicity, repetitiveness, purity spirals, puerility, anonymity (sock value), virality (shock value), etc. – place it squarely within the Alt-Right-as-medium part of our scheme, and suggest that it is strongly a lower and subservient form of Alt-Rightism.

The main characteristics of the non-1488er’s modus operandi – logic, evidence, insight, moral and intellectual consistency, the reliance on abstract thought, social outreach, a desire to exist beyond the basement, willingness to learn from successful political groups in Europe – suggest that it is the higher and more evolved form of the Alt-Right.

So, does this mean that the 1488, shitposty, memey side of the Alt-Right should just curl up and die? No, far from it!

Because of the way in which the mainstream media is skewed in favor of hegemonic Liberalism, we need to have skilled skrimishers and asymmetrical warriors, even if they are obsessive, unwashed autistes in basements, who spend more time online than is healthy for them. It might even help for them to think they are the cutting edge and center of our movement as they find new ways to trigger the normies and push them in our general direction – as long as those really at the center of our movement don’t get too carried away and make the same mistake.